Bob LeDrew has a song with your name on it.

The ukulele-playing cyclist in Ottawa has come up with an interesting strategy to raise money toward his Ride To Conquer Cancer campaign, a southern Ontario charity bike race that requires each participant to raise at least $2,500.

The social media consultant decided he needed a gimmick. "I wanted to do something unique and encourage people to make bigger donation," he said in a phone interview. So he decided that for each $100 contribution, he would record a song for the donor and upload it to YouTube. Now seven songs in – and with at least seven more in the works – LeDrew has already surpassed his goal by about $1,000 with weeks to go before the June race. "People I have lost touch with have just popped out of nowhere and donated."

So far, he's had it fairly easy with a Michael (choosing the Jen Grant song by that very name), a Lindsay (who chose a Waterboys song in advance), and Marie (who got Absolutely Sweet Marie by Bob Dylan.)

The name Chamika proved more challenging. After accepting that he couldn't master any of the many Sinhalese songs that include the name – "Mine's a little rusty," he joked – he called for suggestions from Facebook friends, and went with a variation of Corrina, Corrina, a folk song made famous by Dylan.

Currently, he's trying to figure out what to do with Jetje. "I haven't tried it yet, but I am taking a stab at Michael Bublé's Haven't Met You Yet. (Replace "yet" with "Jetje.")

While LeDrew has a love for music, having hosted 40 concerts in his Ottawa home, he's not a professional musician. He took up the ukulele when a friend was selling one. "I am not virtuoso," he said modestly.

But he does have a personal connection to cancer. He's lost several close friends in the past few years to the disease. His father, remarkably, was diagnosed with five different primary cancers over his life, but passed away just two years ago at age 87.

In 2006, having just turned 40, LeDrew noticed blood in his urine. A visit to his medical clinic led to a diagnosis of early-stage, superficial bladder cancer, which was treated without chemotherapy or radiation. He's still being monitored since the cancer has returned a couple times.

"This is not likely the kind of cancer that will rear up and bit me hard," he said. Still, "it's sort of like life tapping you on the shoulder, saying think about what you want to do next."

One of those activities was to get more involved in music, and that led to his songs-for-charity fundraiser, for the ride in June. But even if the deadline passes, he promises to keep his commitment to produce songs, and post them on YouTube. He's even offering a special deal for larger donation: chip in $300 or more, and he'll use his connections to find a professional musician to sing the donor's song.

"If people are willing to be patient, and let a person of limited musical skill figure out a song for them, I will get it done," he promised. "They'll get their song sooner or later."

Not a bad bargain for a good cause.

Put your faces back on, ladies: Why the #nomakeupselfie trend has to stop
March 26, 2014 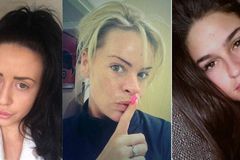 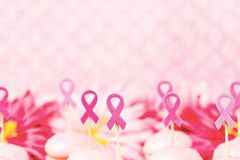