Carole Laurin was doing some gardening when she bent down and felt a sharp pain in her temple. "A migraine," she thought. Then the spasms began.

Four days later, Ms. Laurin awoke in a hospital bed with little recollection of what had happened. The left side of her body was paralyzed.

The doctor told her she had suffered a right CVA – a cerebrovascular accident, or stroke – and "I would need a wheelchair the rest of my life."

That was 2004. Today, Ms. Laurin, a French immersion teacher, not only walks, she no longer needs a cane. And she has regained use of her left hand which, for years, remained clenched in a fist against her chest.

"People need to realize there is life after stroke," she said. "But it takes a lot of hard work. The road to recovery never ends."

A new poll, conducted by the Heart and Stroke Foundation of Canada, shows that Canadians aren't entirely convinced. One in five respondents believed that a stroke is almost always fatal, and one in three of those surveyed believed that once the symptoms of stroke manifest themselves there is little a person can do to recover physical and mental function.

Not true, says Dr. Dale Corbett, scientific director and CEO of the Heart and Stroke Foundation Centre for Stroke Recovery.

"Until recently, it was thought that recovery only took place in the short window right after stroke. In fact we now know that recovery goes on for months or years," he said. "The brain has the capacity to repair and rewire itself over time."

About 50,000 Canadians suffer a stroke each year, including 14,000 who die almost immediately. A stroke is an interruption of blood flow to the brain due to a blocked blood vessel (ischemic stroke) or a rupture of blood vessels in the brain (hemorrhagic stroke). The interruption of blood flow causes brain cells to die. Symptoms depend on the part of the brain that is affected but can include paralysis, aphasia (loss of ability to speak) and memory loss.

One in 10 stroke survivors are left with severe disabilities and end up in long-term care. One in five patients goes to a rehabilitation facility. But three in five stroke survivors rely on friends and family for support and care.

That was the case for Ms. Laurin. "I would have been lost without my family. They were always there for me."

She also supplemented the little rehab she was offered in the publicly-funded health system with therapists she paid out-of-pocket, including physical therapy, occupational therapy, hydrotherapy and acupuncture, almost $10,000 a year for the past decade.

"I approached this like a professional athlete," Ms. Laurin said. "Rebuilding my body was my job, my life."

Ian Joiner, director, stroke at the Heart and Stroke Foundation, said the cost of a stroke is burdensome to the individual and society more generally. The organization estimates that stroke care costs $3.6-billion annually in Canada, and that will increase as the population ages.

Most strokes occur in people over the age of 65. Other than age, risk factors include family history, high blood pressure, smoking, obesity and diabetes.

Ms. Laurin was only 42 when she suffered a stroke. Though she had a massive stroke she survived because she was treated promptly, with TPA (tissue plasminogen therapy), known commonly as clot-busting drugs, one of the many new treatments that have increased the survival rate. Rehab services, however, have not kept pace with the increased need.

About 70,000 people a year in Canada die of cardiovascular disease – including heart attacks, heart failure and stroke, according to the Public Health Agency of Canada.

There are also an estimated 1.6 million Canadians living cardiovascular disease, including 315,000 living with the effects of stroke. 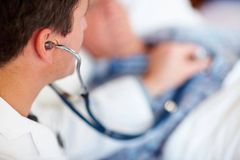 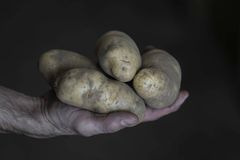