Put a bunch of parents of young children together and bring up the topic of circumcision and – well, let's just say the discussion is sure to get lively.

"It's a very emotionally laden topic," said Dr. Jeremy Friedman, associate pediatrician-in-chief at the Hospital for Sick Children in Toronto. "There's a few topics in pediatrics that whenever you talk with parents, it's never a mild conversation. People seem to have very, very strong feelings."

Some parents with no cultural or religious reasons to have their newborn son's foreskin removed will often question if the procedure is necessary or even advisable.

That's why the Canadian Paediatric Society (CPS) has updated its position statement on circumcision, to clarify the risks and benefits of both lopping off the foreskin or leaving it intact.

In its new policy statement released Tuesday, the CPS says it does "not recommend the routine circumcision of every newborn male."

While that basic advice has not changed since its previous statement in 1996, the CPS now says there can be good reasons for circumcision in certain cases.

"The main thing that has changed between now and then is there is convincing evidence that circumcision can actually prevent HIV," said Dr. Joan Robinson, a pediatric infectious disease specialist in Edmonton.

Removal of the foreskin can also reduce the incidence of urinary tract infections in young boys, prevent sexually transmitted pathogens like herpes simplex virus and human papillomavirus in older boys and adult males, while protecting against penile cancer.

"I think for most parents, it's basically a cosmetic procedure, unless you're part of a religion that insists that you have to have it done," Robinson said. "We're simply saying that for parents who are, for whatever reasons, keen on having their son circumcised, there's now a little more evidence than there used to be about potential benefits."

Lindsay Ferris-McVey chose not to have her son Henley "snipped" after his birth late last year, although her husband is circumcised.

The 10-month-old is her second child – she has a two-year-old daughter – and his was a no-epidural delivery at home, aided by a midwife.

"I felt that [not having] circumcision fit right in with that," she said from London, Ont., where she lives. "We're born the way we're supposed to be and for our society to decide you're not born properly just doesn't make sense."

Male circumcision as a cultural or religious ritual has been practised for thousands of years, but it became a neonatal medical procedure in Britain and North America in the late 19th century to promote genital hygiene, lower disease risk and to avoid having the painful, leg-crossing procedure later in life.

In the middle of the previous century, most Canadian boys were circumcised as a matter of course. But over time, the circumcision rate steadily dropped to its current level of about a third of newborns.

Doctors recommend that circumcision be performed within the first week of life, as waiting until a baby is older increases the risk of complications such as infection and bleeding, usually requires general anesthetic and may be more painful.

That's not to say that infants don't feel pain – a common misperception, Friedman says. "There is a lot of good research these days that suggests there is definitely the ability to perceive pain, and therefore pain control is essential if you're going to do a procedure like a circumcision."

While circumcision has been found to cut the incidence of infections, particularly HIV, the risk of contracting the AIDS virus in Canada is "very, very low," compared with Sub-Saharan Africa, where the disease is rampant, Friedman of SickKids noted.

Parents, he said, have to interpret the benefits in the context of the individual child. "My advice to most of those families tends to be there really isn't a good medical reason to convince you to do it or convince you to not do it."

Circumcised or not, it matters little to sexual partners, study shows 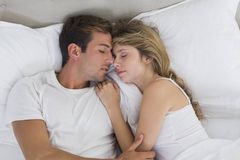 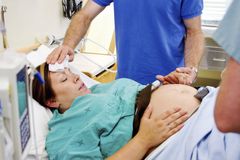 How to prepare your body for birth 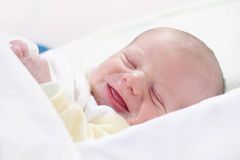