What makes an athlete a Wayne Gretzky?

A new study suggests that super-elite competitors like No. 99 have a special form of intelligence – the ability to process and react to complex and rapidly changing visual cues.

It has often been said that Gretzky earned the moniker "the Great One" because he had the capacity to anticipate how play was unfolding – to know where the puck was going to be and meet it there.

This new study, by Jocelyn Faubert at the University of Montreal, suggests it is that type of brain capacity that differentiates the highest level athletes from elite competitors – and from the rest of us.

"Why do we keep referring to this person?" Faubert said of Gretzky, using him as an example only. (Gretzky was not studied for this work.)

"I mean, if you compare him with the other players in the NHL, he wasn't the strongest, wasn't the fastest, wasn't the one with the most powerful shot. But the whole of the story was much better than all of the others. In other words, he saw things, he did things, he anticipated things at a much higher level."

Faubert, who is director of the university's visual psychophysics and perception laboratory, calls this the capacity to process complex dynamic scenes.

"Essentially, this is a form of intelligence. This is a brain activity," he says.

In a paper published Thursday in the Nature journal Scientific Reports, he outlined how three groups of people ran through visual processing exercises designed to gauge their abilities to take in rapidly changing visual information and process it.

It's not just a question of seeing. It's understanding what is being seen and being able to react to it.

"It's really like a brain test but it's done in a virtual environment," Faubert said.

The study looked at the performances of 308 people on a proprietary system Faubert developed several years ago. The system has since been licensed by CogniSens Athletics Inc., which has sold it to a number of teams and athletic programs.

Faubert is chief science officer of CogniSens and has shares in the company.

In the study, 102 of the participants were professional athletes playing in the English Premier League (the top tier of soccer teams), the National Hockey League or a professional French rugby league.

Another 173 were elite amateur athletes who competed in the U.S. National Collegiate Athletic Association or trained at a European Olympic training centre.

The remaining 33 were university students, including graduate students. Smart geeks, but not athletes, Faubert said.

They all trained on the system, which is called the NeuroTracker. A series of bouncing balls are projected on a large screen. The balls dart in and among each other, changing size to convey depth of field. The goal is to track multiple specified balls as they weave among decoys that are identical to them.

The participants took part in 15 training sessions spread out over a minimum of five days. The aim was to see how quickly they improved and how much they improved.

"They become super-experts because they can learn this task better than anybody else. That's the key finding here," Faubert said.

"They have a special intelligence. And that's an intelligence to be able to manage many, many things when it's dynamic and difficult to follow and do it really fast. And they manage to learn it a lot better than anybody else." 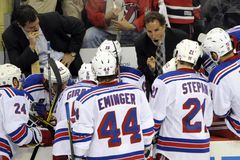 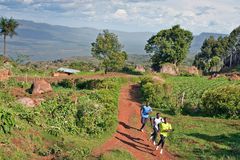 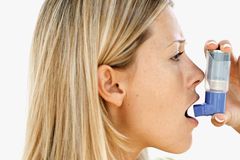