Elliott Jones almost died when a nurse gave him the wrong drug. Carly Weeks reports how, in an effort to reduce the estimated 70,000 Canadians harmed by medical errors each year, hospitals are coming clean 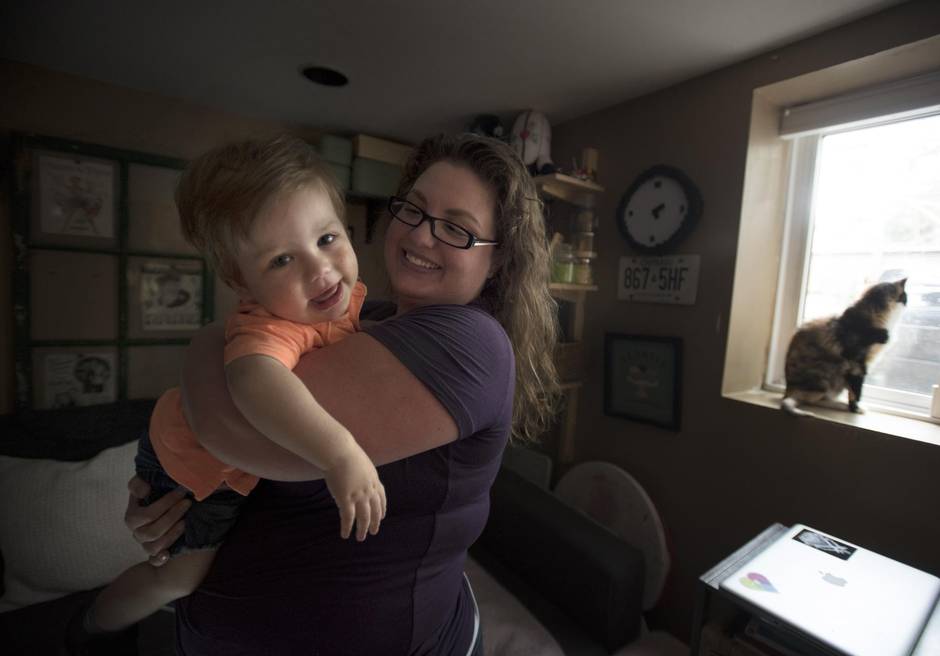 Melissa Jones and her 16-month-old son Elliott in their Toronto home on June 21, 2016. Elliott was given morphine by mistake while at SickKids Hospital after being born six week premature. (Fred Lum/The Globe and Mail)

The first few weeks of Elliott Jones’s life were the best of a worst-case scenario. He arrived six weeks early, developed necrotizing enterocolitis, a common condition in preemies when tissue in the intestine starts to die, and had to undergo emergency surgery at Toronto’s Hospital for Sick Children when he was about a week old.

It was a roller coaster for his parents, Melissa and Nick. But they knew that they were lucky. The part of the small intestine doctors removed was not critical and Elliott wasn’t expected to have any long-term health consequences. The baby’s health was improving so steadily he was discharged from the hospital’s neonatal intensive care unit (NICU) and transferred to another floor.

And that’s when he nearly died.

Unlike in the NICU, this new floor had one nurse for every three infants. Elliott still needed round-the-clock care, requiring more involvement from his parents and, eventually, Melissa’s mother.

In the early morning hours of March 29, 2015, after Melissa and Nick had gone home to catch a few hours of sleep while her mother spent the night with Elliott, a new nurse arrived to give him more heparin, a blood thinner. The nurse, who had a syringe in each pocket, picked up one and injected it into his intravenous line.

At 3:30 that morning, Melissa’s phone rang. It was her mother telling her “the baby has coded you need to come here right away.” Melissa wondered if, after all he had been through, Elliott’s tiny heart had given out.

“The only thing I could think was, ‘Okay, my baby is dead,’” Melissa said.

She would learn that the nurse had accidentally given him a large dose of morphine, a powerful painkiller that can cause respiratory depression and death, instead of heparin, a blood thinner. Thankfully, the hospital staff realized the error after the Code Blue was issued and they were able to administer another medication to reverse the effects.

“You would never think an error like this could happen at the best children’s hospital in Canada,” Melissa said. “What does that mean, especially in the context of us needing care?”

Often, these stories go public when a fed-up family shares their story online or goes to the media. But in Elliott’s case, it’s the hospital encouraging the Jones family to tell their story.

The opaque era when hospitals rarely talked about mistakes made on their watch may be on its way out. Dr. Michael Apkon, president and CEO of SickKids, wants people to know that serious errors happen in every hospital. Instead of pretending they don’t, he says it’s time to not only put the issue on the table, but to adopt a broad, bold plan for stopping unnecessary infections, workplace injuries, surgical and medical errors and the host of other problems that happen regularly in health-care settings.

“Every hospital experiences deaths that were preventable. It’s just a question of whether they are seeing them that way, whether they are having the right discussion to be able to learn from those,” Apkon said during an interview in his office last week.

SickKids has partnered with the University Health Network, which consists of numerous hospitals throughout Toronto, to embark on a major safety initiative called Caring Safely.

“It’s really, in approximate terms, equivalent to two 747s crashing every week,” said Dr. Peter Pisters, president and CEO of UHN. “If we were operating a public airline like that, we’d be shutting it down and regulating safety.” 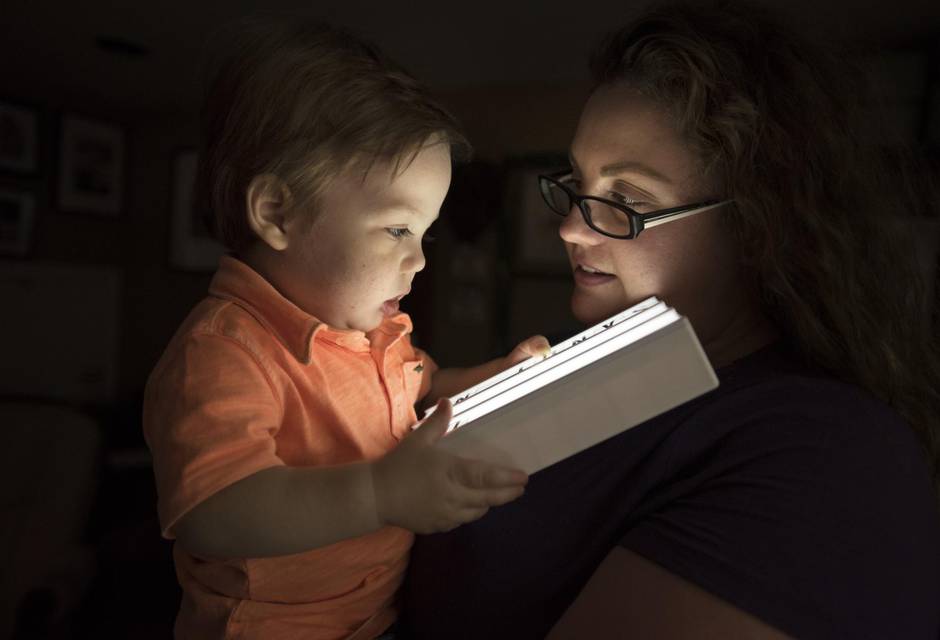 Melissa Jones and her 16-month-old son, Elliott, at their home in Toronto. As a newborn, Elliott almost died when he was given morphine by mistake at the Hospital for Sick Children. (Fred Lum/The Globe and Mail)

The new partnership is a good indication the conversation around reducing errors and preventing harm is finally picking up steam in Canada, years after it became a dominant part of the health-care conversation in the United States.

While the signs of change are promising, questions remain about how transparent hospitals will be, how to measure progress and how to ensure institutions across the country pledge to do a better job.

SickKids has laid out some goals, such as reducing the number of serious safety events by two-thirds over the next two years and cutting the injury rate among staff by 20 per cent.

However, administrators will not disclose the actual number of safety events that occur at the hospital. According to Apkon, going public with error rates could backfire by making various departments look bad. Even if the hospital could provide context for the error rates, public reporting could deter employees from reporting mistakes. “It’s a tough balance,” he said.

UHN, on the other hand, says it will publish data on various categories of medical errors, and the rate of mistakes per patient in the coming months.

“I think the information belongs to … the public and our patients,” said Emily Musing, the patient safety officer at UHN responsible for the Caring Safely initiative work being done there.

The risk, she says, is that if UHN is the only organization publishing such figures, it may imply “we are the only ones with a problem with regards to safety” when in fact, “we are a microcosm of what is out there in health care. It’s just that we are very willing to talk about it.”

The rate of hospital-acquired infections are on the rise (220,000 Canadian patients are infected in hospitals every year), but there are many other problems, such as mistakes when dispensing medication; delays in treating patients for sepsis; or nurses being punctured by needles or hurting themselves when lifting objects. But there’s no public reporting, very little available data and limited discussion of the topic between hospitals and the public.

What information is available suggests a very serious problem. A 2004 report concluded there are 70,000 preventable adverse events in Canadian hospitals each year and that up to 24,000 people die of preventable causes because of errors. UHN says the number of preventable deaths in Canada in 2014 was 30,277. Those numbers could be low. A report published in the British Medical Journal in May suggests medical errors are routinely underestimated and could represent the third-leading cause of death in the United States.

Hospitals and health-care workers have long been reticent to speak about these issues. Dr. Lawrence Roy, a staff anesthesiologist at SickKids with more than 30 years of experience, says that years ago, if someone made a mistake dispensing medication, parents would be told their child had a “drug reaction.”

Today, doctors aren’t regarded as quasi-deities that shouldn’t be questioned or even spoken to, Roy says. But major aspects of the hierarchical hospital culture still need to change if rates of medical errors are going to drop. Employees need to be encouraged to question their superiors if they suspect something might be wrong. They also need to be told that it’s okay to talk about mistakes and that making an error isn’t going to end their career.

Between juggling the number of patients in beds, making sure care gets delivered and that money is being saved, said Musing, “I think somehow safety has been lost in the shuffle” at many organizations.

SickKids and UHN intend to put safety at the top of mind for every employee. SickKids, for instance, is on a mission to ensure every one of its 10,000 staff members receive safety training, whether the individual works as a nurse, a security guard or a housekeeper. 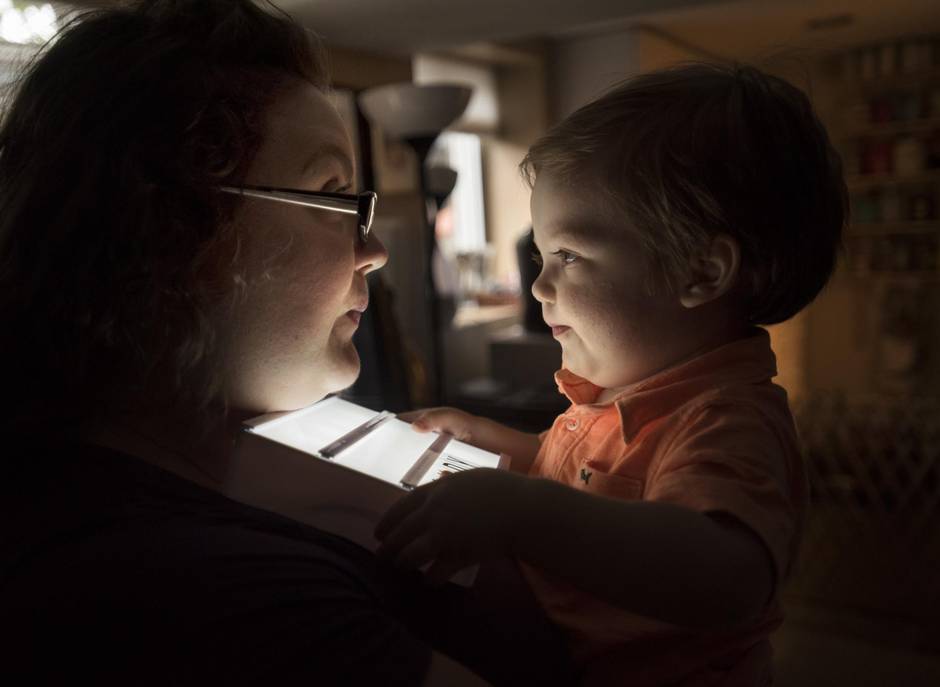 Seven mornings a week, a member of the SickKids executive leads a safety briefing with departments across the hospital to discuss potential safety issues that had arisen the previous day. Last Monday morning, staff members on the call were told about a number of issues that had occurred over the weekend: a Code Blue ended up being a false alarm; a staff member had been trapped in an elevator for 30 minutes the previous Saturday; and an employee had been accidentally stuck with a needle. There had been a delay getting a patient to the operating room for surgery, which was flagged as a major safety incident. And everyone was warned about issues that could cause problems throughout the day: a heat warning was in place for the city of Toronto; the NICUs at two area hospitals were completely jammed with patients.

The daily briefing makes sure departments across the sprawling organization can anticipate issues, but also holds people accountable. When issues are reported on the call, they will be flagged for follow up the next day. Staff members know that these issues have to be looked into to prevent similar mistakes from happening again.

In the case of Elliott Jones, his mother participated in briefings with SickKids staff members after her son’s medication error so they could figure out how it happened.

While a nurse may have injected the child with the wrong syringe, Apkon says evidence shows errors are rarely the fault of one person, but rather a confluence of events.

Now, Melissa Jones is part of an advisory panel that works to improve safety at SickKids. She says she is doing it, in part, because she feels responsible to those parents whose stories didn’t end as well as hers.

“If I had lost my son, I don’t think I would be positive or wanting to speak out about anything but anger for a long, long time,” she said. “I’m able to be a positive and constructive voice for medical errors, how to prevent them, how to minimize harm, because I didn’t have the worst outcome.”