Medication may not be the only way to help kids with attention deficit hyperactivity disorder (ADHD) concentrate in school. Researchers from Tufts University have found that children with ADHD can train their brains to focus better and manage everyday tasks with the help of a computer-based intervention called neurofeedback.

Improvements in attention and time-management skills may last as long as six months after a child has completed five months of neurofeedback training, according to a study published Monday in the journal Pediatrics.

To receive neurofeedback, a child straps on a helmet equipped with sensors that measure brainwaves while the child performs tasks on a computer. For example, the software may prompt the child to use mental focus to make a dolphin on the screen go for a swim.

With practise, children with ADHD can learn to manipulate items on the screen using their powers of concentration, said lead author Dr. Naomi Steiner, a developmental-behavioural pediatrician at Tufts Medical Center in Boston.

When children with ADHD learn they can control their attention, "it's like a lever switching on in the brain," she said.

Neurofeedback has been around for at least 15 years, but previous studies have not provided conclusive evidence of its effectiveness in treating ADHD.

As children gain awareness of their brainwave patterns – and how to change them – their attention spans and self-regulation tend to improve, Steiner said.

In the study, 104 children with ADHD, aged 7 to 11, were randomly selected to receive neurofeedback, no intervention, or computer-based cognitive training, a separate intervention designed to improve attention. About half of the children in each group were on stimulant medication to treat ADHD.

Guided by a trained research assistant, children in the treatment groups received either 40 sessions of neurofeedback or cognitive training at school over a five-month period.

The children's ADHD symptoms were monitored before the study, after the 40 sessions were completed and six months later. Assessments were based on parents' reports and surveillance of classroom behaviour, not by teachers but by trained observers who did not know which children had received interventions. At the end of the study, the greatest gains were found among the neurofeedback group, Steiner said. Compared to the other children, those who had neurofeedback showed improved attention spans, stronger executive functioning and less hyperactivity and impulsiveness. Improvements in these areas help a child remember to carry a lunch pack to school, start writing homework in a notebook and begin to realize how long things take, Steiner said.

Neurofeedback training offers transferable skills, she explained. Partway through the study, children began to do schoolwork using neurofeedback, which showed the children how well they were concentrating.

Children in the study began to say things like, "'I can feel that my brain wandered when I was in the classroom but now I can bring it back again easier,'" Steiner said.

What's more, children on stimulant medication who received neurofeedback maintained the same dosage a year after the study began, whereas dosage increased significantly for children in the other two groups.

The latest effects of neurofeedback in the study suggest that "what has been learned has not been lost," Steiner said.

Dr. Paul Sandor, a professor of psychiatry at the University of Toronto, said the Tufts study was well-designed and said the results were "certainly encouraging." Unlike stimulant medications, neurofeedback does not appear to have side effects, Sandor said.

The downside is that reliable neurofeedback is difficult to find in Canada. Whereas in the United States it is increasingly common in schools, most Canadian schools have not adopted the technology – likely because of the expense, he said.

Neurofeedback at a private clinic costs about $70 a session.

But even parents who can afford it should be cautious about paying for neurofeedback, since they have no way of knowing whether private practitioners have appropriate training, Sandor said. "There is no good information on which service you can trust."

Nevertheless, the study provides rationale for further research, he said.

Sandor noted that both medicated and non-medicated children appeared to have fewer ADHD symptoms after neurofeedback. A future study could recruit children who are not treated with medication and randomly assign them to receive either neurofeedback or stimulants to compare the two treatments, he said.

Steiner said she hopes to replicate the Tufts study in children of different age groups, and determine whether children who receive neurofeedback need booster sessions later in their school careers.

In the meantime, she said, neurofeedback has potential to shift how specialists approach ADHD treatment.

"This is just the beginning of how we're going to be retraining brains," she said. 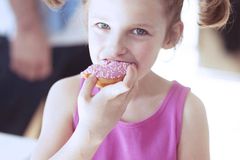 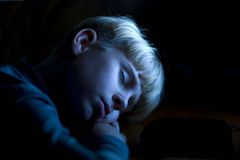 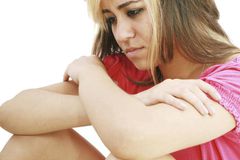