Up to half of all baby boomers in Canada will have high blood pressure in the next few years – it's a staggering number that could have devastating consequences for millions of people as well as the health-care system, warns a new report, released Wednesday by Hypertension Canada.

More than seven million Canadians currently have high blood pressure, an increase of 26 per cent from five years ago, according to the report. People with it have a much greater risk of heart attack, stroke, kidney disease and many other serious health problems. Research has shown that high blood pressure costs the health-care system $2.4-billion a year, with an additional $166.3-million in lost productivity.

"I think this is a wake-up call," said Ross Feldman, past president of Hypertension Canada and professor at the Robarts Research Institute at the University of Western Ontario, adding that the rising numbers are "going to put a much greater increase on the health-care system in terms of blood-pressure-related complications."

Despite its seriousness, high blood pressure typically doesn't create the same level of concern that other chronic conditions can, such as diabetes or multiple sclerosis.

"It is largely asymptomatic," said Janusz Kaczorowski, a chronic-disease researcher who oversees health policy at Hypertension Canada. "It's not unusual for someone to have very high blood pressure and ... [for it to have] very little impact on the quality of life or day-to-day functioning. It's a cliché, but that's why we call hypertension a silent killer."

Randy Palef learned the toll high blood pressure can take on health the hard way. The 57-year-old Thornhill, Ont., resident had high blood pressure that went untreated for years. In his 40s, his doctor told him to lose weight because his blood pressure was escalating, but he says he didn't listen, in large part because he was too busy juggling a marriage, children, a full-time job and work on a doctoral thesis.

"It didn't give a lot of spare time to work out," he said.

His health deteriorated to the point where he developed kidney disease and required a pacemaker for his heart. Now, Palef works out six days a week and has dramatically reduced his sodium intake. He takes medication to control his blood pressure and his kidney disease hasn't progressed. He's doing it so he can enjoy life with his wife and see his children through the milestones in their lives.

"It's never too late to start," Palef said.

One of the reasons why Hypertension Canada is trying to call the public's attention to the issue is the fact that high blood pressure is largely preventable and treatable. But there are too many barriers preventing Canadians from adopting the healthy lifestyles necessary to lower blood pressure, the researchers say, which is why they are calling for government action. Recommendations for the federal and provincial government include:

Reduce the amount of sodium companies can add to food products

Restrict marketing of unhealthy foods and beverages to children

Create standardized guidelines for diagnosis, treatment and management of high blood pressure and other cardiovascular diseases

Kaczorowski says the organization is not calling for heavy-handed nanny-state-style legislation. Rather, government action is needed to help give consumers choice. For instance, Canadians have no control over the amount of sodium that is added to processed foods, including bread, canned soups, sauces and salad dressings.

Excessive sodium consumption is a large contributor to high blood pressure and has become a major public health concern in recent years due to the fact the average Canadian consumes 3,400 milligrams a day, more than double the recommended amount. About 80 per cent of the sodium we consume is added to products by food manufacturers.

The federal government has committed to reducing average daily consumption to 2,300 milligrams by 2016, but health advocates have criticized the fact that no mandatory sodium-reduction targets for the food industry have been set. However, major food companies say they are working to reduce the amount of salt in their products, but that it is a complex, time-consuming process.

Why does my doctor say I have high blood pressure? I’m perfectly healthy
May 11, 2018 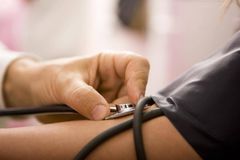 Men with little control over work life at risk of high blood pressure, study finds
May 11, 2018 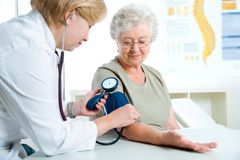