Mounting evidence suggests that certain foods and antioxidants, such as sunflower seeds, pumpkin and kale can preserve your vision as you age.

According to a new report published online in the American Journal of Clinical Nutrition higher blood levels of certain antioxidants, such as vitamin E, alpha carotene, lutein and zeaxanthin, significantly guard against age-related cataract. (Alpha carotene, lutein and zeaxanthin belong to the carotenoid family, a group of yellow, orange and red pigments produced by plants.)

A cataract occurs when the lens of the eye, which is normally clear, becomes cloudy making it difficult to see. Like a camera lens, the eye's lens focuses light onto the retina at the back of the eye. A cloudy lens obstructs the passage of light to the retina, making it harder to see.

Free radical damage is thought to cause proteins in the lens to clump together, impairing vision. Free radicals are generated naturally in the body, but they're also created from cigarette smoke, pollution and ultraviolet light. Cataracts are a common consequence of the aging process, but smoking, sun exposure and a diet low in antioxidants can speed their development.

A healthy diet can't reverse cataract, but it can delay its onset and, if you already have the eye disease, slow down its progression. Antioxidants in foods are thought to shield cells in the eye from the harmful effects of free radicals.

Rather than focus on foods rich in one particular antioxidant, it's best to eat a diet plentiful in many. That's because it's unclear whether a combination of antioxidants, or one specific antioxidant, protects against cataracts. It has been shown, for example, that vitamins E and C work in tangent to fend off free radicals.

It's also hard to pinpoint the optimal intake of antioxidants needed to reduce cataract risk. Blood levels of antioxidants are influenced by diet of course, but also by lifestyle and environmental factors. And people differ in how well their bodies absorb and use antioxidants.

Even so, that shouldn't stop you from adding more antioxidant-rich foods to your diet. Not only can they help prevent age-related vision loss, they're also linked to protection from diabetes, heart disease and certain cancers.

Research suggests the following diet strategies will help keep your vision sharp as you age.

In the current study, people with the highest blood levels of alpha carotene – versus the lowest – were 28 per cent less likely to develop cataract. (Higher alpha-carotene blood levels have also been associated with a lower risk of dying from cancer and cardiovascular disease.) Excellent sources include pumpkin, carrots, carrot juice, winter squash, collard greens, dandelion greens, plantains, vegetable soup, vegetable juice and tangerines.

Look for lutein and zeaxanthin

Omega-3 fatty acids in fish oil, called EPA (eicosapentaenoic acid) and DHA (docosahexaenoic acid), are thought to protect from cataract by fighting inflammation in the body. (Inflammation increases the body's production of free radicals. Try to eat salmon, trout, sardines and herring at least twice per week. If you don't like fish, consider taking a fish oil capsule that supplies 500 to 600 milligrams of DHA and EPA (combined).

People who are overweight, even moderately, have a higher risk of cataract. Excess body fat around the abdomen increases inflammation in the body. Carrying excess weight also increases the risk of Type 2 diabetes, a condition strongly tied to early cataract formation.

Compared to non-drinkers, daily drinkers have a significantly higher likelihood of cataract. Alcohol increases lens-damaging free radicals and may also impair the absorption of nutrients needed for proper vision.

Leslie Beck, a registered dietitian, is the national director of nutrition at BodyScience Medical. She can be seen Thursdays at noon on CTV News Channel's Direct. Lesliebeck.com 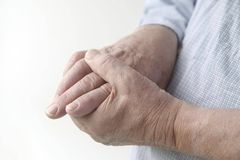 Try a delicious, nutritious vegetable that’s hard to beat
May 11, 2018 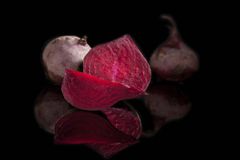 Why eating a bigger breakfast may help you lose weight
May 11, 2018 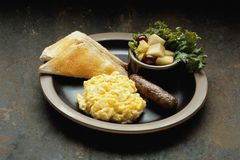