A dose of personal style 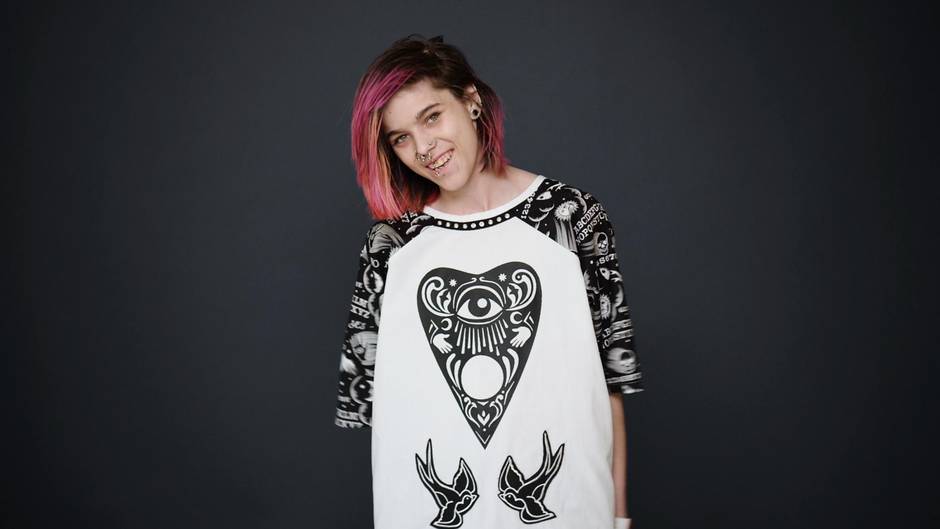 His given name is Steven Butler, but he goes by Butch.

He has multiple piercings and wide gauges through his earlobes. His sideswept hair is growing out a hot-pink dye job. Like many teenagers, 18-year-old Butch plays with his personal style as an expression of his creativity, and his individuality. But when he comes to the hospital – as he has done three or four times a year ever since he was six years old, to address his cystic fibrosis, cirrhosis of the liver and other health issues – he’s been made to look like everyone else.

That’s because, like everyone else having procedures done in hospital, he’s had to put on a shapeless, standard-issue, pale-blue hospital gown.

That changed in May, when Butch was one of the young patients at the Children’s Hospital of Eastern Ontario (CHEO) in Ottawa, who were invited to comb through racks of new gowns in different colours, decorated with lace, camouflage, line drawings of animals, lightning bolts, skulls and other designs. Designed by six Canadian artists including an embroidery designer, a tattoo artist and fashion designers, no two gowns looked the same. 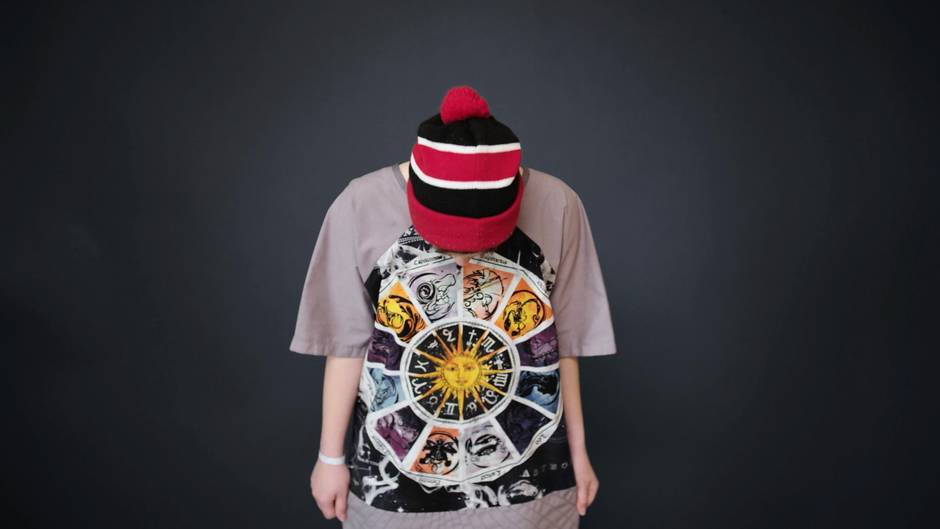 The new duds were the beginning of a project created by ad agency Rethink Canada, in partnership with the Starlight Children’s Foundation, a non-profit group that raises roughly $8-million a year to fund projects to improve the lives of kids who are ill.

“I was really pumped,” Butch recalls. The gown he chose, made by Kelowna-based designer Raegan Hall, is a black-and-white number that used designs based on a Ouija board. It’s with him now, during a stay at CHEO that he expects to last at least a month. It fits him better than the old baggy ones that were so long he used to step on them when he walked. And it stays closed more securely in the back. Recently, when he spent his birthday undergoing X-rays, an ultrasound, blood work and other tests, it’s what he put on.

“I feel stylish,” he says of his new gown. “It’s way better than just cookie-cutter-everything that you usually see in hospitals. Anything that helps you personalize – where you get to have a say – is great in the hospital.”

On Monday, Starlight will launch a video of the first crop of kids and their reactions to the new gowns, which Rethink has branded Ward+Robes.”The 100 gowns donated to CHEO are the start of a campaign that the foundation and Rethink are hoping to expand to more hospitals across the country and perhaps internationally, both through donations and by convincing designers to donate their time.

“Being a teen is awkward. You’re trying to find yourself, and express yourself, and being in the hospital just makes it that much harder,” said Krista Raspor, a copywriter at Rethink whose own illness as a teenager was an inspiration for the project. “You don’t forget that.” 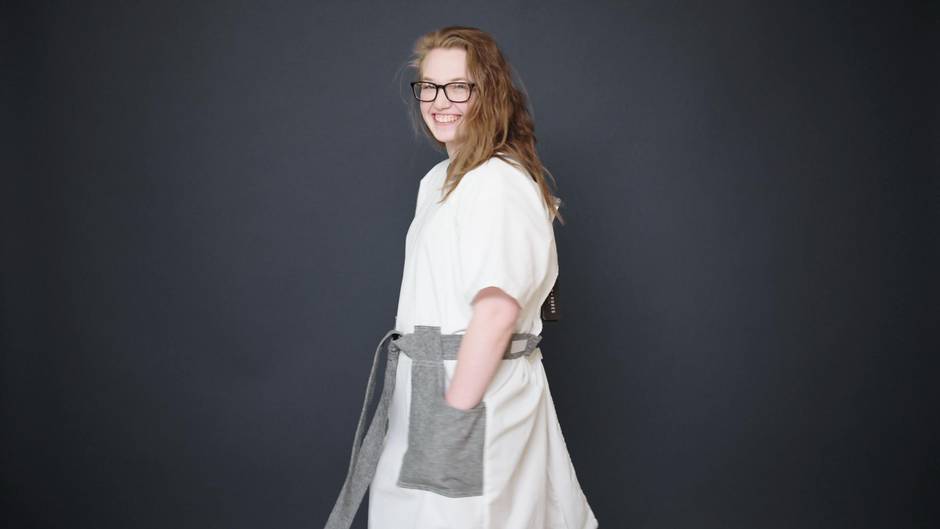 Clothing is not just superficial. Young people especially are often concerned that others will focus on signs of their illness first, as opposed to their individual identities, said Katherine Upshall, a certified child-life specialist at Holland Bloorview Kids Rehabilitation Hospital in Toronto. (At Bloorview, kids in recovery are often encouraged to wear their own clothes. But as at many hospitals, when they are undergoing procedures or tests, gowns are often needed. Regular clothes cannot always accommodate an IV, for example, or could be difficult to take on and off as required.)

“There has to be an understanding of them as a person, because that impacts their overall health,” Upshall said.

Starlight is now in talks with other hospitals to extend the program. “We want this to go national, if not worldwide,” said Brian Bringolf, Starlight’s executive director, who noted that the foundation also has offices in the United States, Britain and Australia. 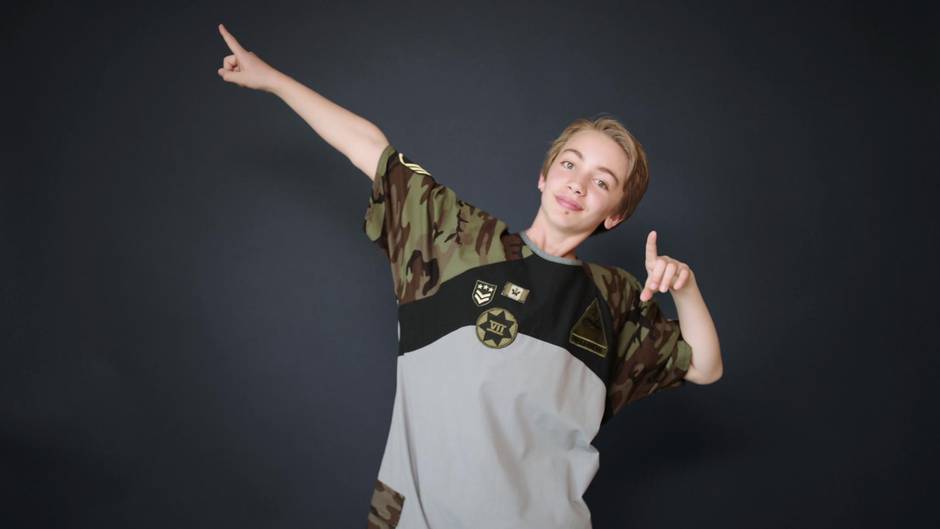 It has published design specs for gowns in a PDF at wardrobes.starlightcanada.org, artists who don’t want to make a gown from scratch can also find information on how to get a blank gown that they can alter.

“There’s a loss of control – they have to be in a certain place at a certain time; the procedure they’ve had may be uncomfortable or painful … they’re in an unfamiliar environment,” said Nora Ullyot, professional practice leader for child life at CHEO. “When you don’t have your peer group around you, illness can become, a little bit, your identity. Patients don’t want to be identified by their illness.” 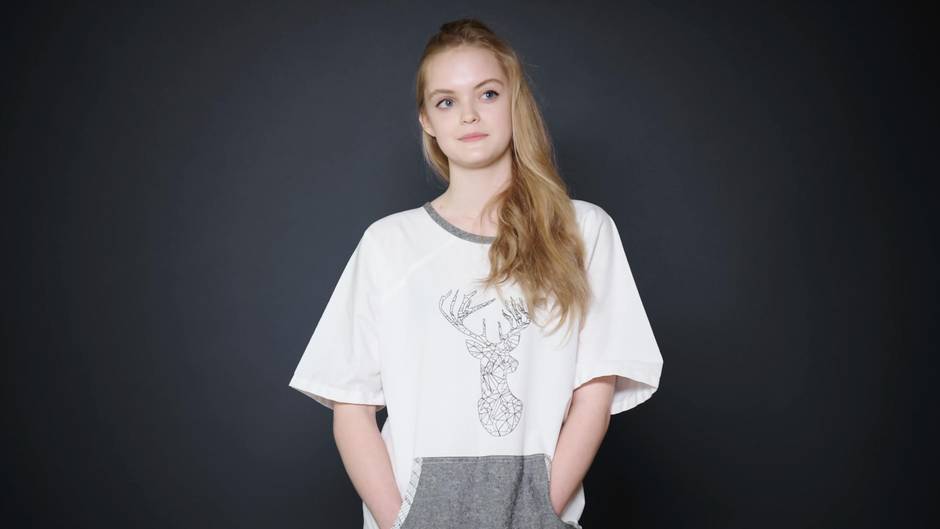 Butch believes that the new gowns would be popular with other patients as well.

“I think all teens, youths, kids, that see these gowns would like them no matter what,” he said. “I’m 99.9 per cent sure that nobody would be like, ‘I want that old hospital gown.’ They’d all take the new creative ones.