Canada is a country of lakes and rivers, three oceans and a lot of swimming pools.

Water is where we head frequently for recreation – in all four seasons, but especially in the summer, for swimming, boating, skating, fishing, tubing or water-skiing – as well as transportation, work and sustenance.

For a country where virtually every citizen lives within spitting distance of a body of water, we're pretty lackadaisical about water safety.

That is reflected in the pretty gruesome drowning statistics that have just been published by the Red Cross Society, entitled "Water-Related Fatality Facts at a Glance: Canada 1991-2010."

Over two decades, there were 10,511 accidental drownings, according to coroners' reports. That's an average of 525 deaths a year.

Almost 60 per cent of drownings occur, not too surprisingly, during the peak summer months, which the Red Cross defines as May 1 to Aug. 1. (It should be noted, though, that Canada also has a high number of drownings in winter, most of them related to snowmobiles crashing through ice on lakes and rivers.)

The new report details when and where drownings occur, in the hope of informing public opinion and helping set education and public-health priorities.

Here are some of the noteworthy data:

The statistics also feature other revelations. For example, the vast majority of drownings – 83 per cent – occur among males. And excess consumption of alcohol is a principal factor in more than one-third of all drownings.

What the numbers also tell us is that almost all drownings are preventable with some basic precautions.

Take a closer look at the boating data: 90 per cent of those who drown while using watercraft (93 per cent of them men) were not wearing a life jacket, but most of them had a personal flotation device (to use the correct term) in the boat. The majority had also been drinking – often to excess. And many of those drownings occurred within 50 metres of shore (that's two pool lengths), an unbridgeable distance for a non-swimmer.

Similarly, many of the drownings that occur during aquatic activities and from unexpected falls could have been prevented with some simple measures.

The pool-drowning scenario is all too familiar and heartbreaking: Lured by the shimmering water, a young child toddles out of the house, pushes open a gate or climbs over a fence and falls into the pool. This happens dozens of times a year in Canada – especially Quebec and Ontario, where backyard pools are more common.

The solution is to implement and enforce some pretty basic rules: Have pools fenced on all four sides (never have an entry directly from the home), ensure the fence is at least one-metre high with vertical bars (no horizontal bars or mesh that's easy to climb), and a self-closing/self-latching gate.

A paltry 16 per cent of backyard pools in Canada meet that standard, according to the Red Cross. That's because bylaws vary widely and so does enforcement of the rules.

Of course, none of these rules substitute for proper supervision, especially of children.

Drowning is silent; there doesn't tend to be a lot of flailing and cries for help, as in the movies. People get swallowed up by the water, especially if they are wearing clothes, they are intoxicated and they don't have basic swimming skills.

We also need to give our children – and adults – a fighting chance by ensuring that everyone gets swimming lessons and water-safety training.

Swimming and first-aid courses offered by the Red Cross (and other groups) are invaluable. They are also being constantly updated to reflect needs. For example, because of the high number of drowning deaths due to accidental falls, the Red Cross now makes everyone experience swimming while wearing clothes.

As the Red Cross says in the introduction of its new report: "Swimming skills combined with water-safety knowledge saves lives."

There were 1,951 fatalities due to unexpected falls into water from 1991-2010. Of those among Canadians 15 years of age and older, the percentages involving alcohol: 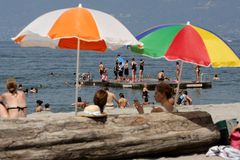 When is it best for my daughter to start swimming lessons?
July 5, 2013 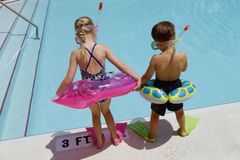 Drownings, spine injuries spurs neurosurgeon to sound alarm
August 16, 2011
Follow André Picard on Twitter @picardonhealth
Report an error Editorial code of conduct
Due to technical reasons, we have temporarily removed commenting from our articles. We hope to have this fixed soon. Thank you for your patience. If you are looking to give feedback on our new site, please send it along to feedback@globeandmail.com. If you want to write a letter to the editor, please forward to letters@globeandmail.com.
Comments