Wanting a baby isn't a crime, but Canada's murky legal landscape leaves many prospective parents vulnerable and leery of venturing into illegal territory, law professionals say. Since third-party reproduction is here to stay, and scientific advances are offering once inconceivable options to create children (Britain is on track to allow babies made of three people's DNA, for example), the need to address the gaping holes in this country's fertility laws is more urgent than ever.

To explore the key issues, The Globe spoke with two experts: Karen Busby, a professor in the University of Manitoba's faculty of law who researches the discriminatory impacts of laws regulating sex, gender, sexuality and violence; and Toronto-based lawyer Sara Cohen, founder of D2Law and Fertility Law Canada, who helps clients with agreements for surrogacy, and donations of eggs, sperm and embryos.

What legal disputes do you see most often in fertility law?

Cohen: There's significant negotiation over the entire surrogacy process – it's better to resolve things before we get someone pregnant with someone else's baby. The thing I've seen is that known sperm donors come back and want access to a child far more often than anyone else in third-party reproduction. That's not the Assisted Human Reproduction Act issue, that's a family-law issue and we need Ontario to address it the way Alberta and B.C. did: They made it clear in their legislation that a donor isn't a legal parent just by virtue of the donation. In Ontario, the genetic connection by a man is enough to potentially make him a legal parent.

Busby: The thing that we've seen a couple of times in Canada is where intended parents did not want to take the child because the child has some disability. But we don't know how many surrogate births there are in Canada, because it operates in such a grey area and there are no reporting requirements. Having said that, my research shows that almost never are there disputes between surrogate mothers and intended parents.

Is it legal to pay for someone's expenses for participating in surrogacy and egg and sperm donation?

Busby: You can reimburse someone for expenses, but you cannot pay them for their contributions. You can pay them for the taxi to get to the clinic. You can pay for days off work while they recover after extraction of eggs, or a babysitter for their own children. You can't pay them $20,000 for services rendered. But there's no case law, regulation or guidelines on what's acceptable or unacceptable.

Cohen: What I think you can reimburse and what someone else thinks you can reimburse might be two different things. But the problem is that the potential consequence of getting it wrong is 10 years in jail and/or $500,000. It's craziness.

Is it legal for Canadians to purchase sperm or eggs or engage a surrogate outside the country?

Busby: I think payment for sperm and ova is permitted and, as well, you can engage surrogates in different countries and pay them.

Cohen: It's not-in-my-backyard legislation. At the end of the day, is it ethically any better? Because now we're paying donors that we haven't ensured have proper health insurance, or the psychological hand-holding they need and other resources available. Better to pay [a donor] in Canada and at least make sure she has access to health care, resources and that we can track the ova and sperm.

How often do Canadians look abroad for what they need?

Busby: In Canada we use foreign gametes [mature egg and sperm cells] all the time. Most eggs and sperm used in Canada today come from the United States and essentially you're buying it. And I'm sure that the egg donors and the sperm donors are being compensated not only for expenses, but also for giving a product, if you will, in foreign countries. It's not a black market. You can find these things online.

What about the other way around – is it legal for foreigners to engage a Canadian surrogate?

Busby: The Canadian medicare system pays for all the expenses of the birth. And if there's a problem with the child they pay for all the expenses post-birth. So Canada is actually a destination internationally for people that want to engage surrogates. Ontario was considering passing regulations for international surrogacy to ensure that the costs of a birth were passed on to the intended parents, but it's a really tricky situation.

On a more personal level, if a couple who has frozen eggs gets divorced, could the eggs be divided like property?

Cohen: Eggs are considered property. And sperm is considered property. But, I think if they were your eggs, we would need your consent to create an embryo using them. If you didn't consent, I don't think we could use them. People treat [eggs] very differently than embryos.

Why? Is that considered a human life?

Cohen: I wouldn't say that, because I consider myself a feminist and that has major implications on abortion. But I think it's different. And just because we have case law on gametes, we aren't at the same place with embryos. Whether or not it's ethical, moral or religious, people are more worried when it comes to the destruction of embryos.

What if a person stops paying a clinic for freezing services?

Cohen: That's governed by contract. We did have a case where sperm was cryo-preserved and the sperm bank was closing and they made best efforts to find a few of the people and they couldn't find them. Eventually the court gave permission for the sperm to be destroyed. Clinics aren't quick to destroy gametes because they're worried about the liability. If you have a cancer survivor, or something, you can't get them back. How do you figure out those damages? 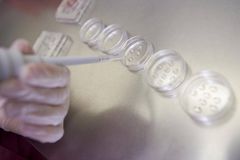 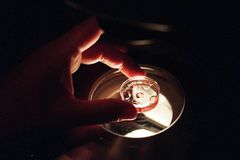 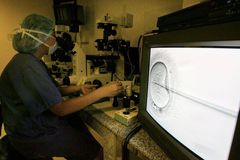 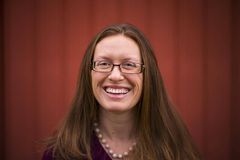