I drink three cans of diet cola every day. I am concerned about the artificial sweeteners. How bad are they for me? How can I break my diet-pop addiction?

Most people turn to artificially sweetened soft drinks (and other diet foods) in an effort to save calories – and potentially lose weight – or to control blood-sugar (glucose) levels. Yet, the evidence is weak, at best, that artificial sweeteners do either. More concerning are research findings suggesting that regular consumption of diet soft drinks and certain artificial sweeteners increase the risk of weight gain and blood-sugar problems.

The 2008 San Antonio Heart Study found that, among 3,682 middle-aged adults, those who drank more than 21 diet drinks a week were twice as likely to become overweight or obese over the next seven to eight years compared with participants who didn't drink diet soft drinks.

Earlier this year, researchers from the University of Texas Health Science Center at San Antonio linked daily consumption of diet drinks to increases in belly fat in adults aged 65 and older. Over the nine-year study period, older adults who didn't drink diet soda gained about 0.8 inches around their waists compared with 3.2 inches for those who drank it every day. Occasional diet-soda drinkers gained 1.83 inches.

Other studies – observational in nature – have turned up similar findings. However, unlike randomized controlled trials, these types of studies don't prove that diet soft drinks or artificial sweeteners cause weight gain. It's possible that people who drink diet soft drinks underestimate the calorie savings and overcompensate in their diet elsewhere (e.g., I'm drinking diet pop, so it's okay if I order French fries with my burger).

Artificial sweeteners in diet pop may also cause biological changes in the body that increase appetite and weight. Studies conducted in mice and rats suggest that consuming zero-calorie sweeteners confuses the brain, which is wired to interpret sweet taste with incoming calories. Because artificial sweeteners don't satiate us like real sugar does, it's thought they weaken the body's natural ability to regulate calorie intake, causing us to overeat later on. Hardly something you bargained for when choosing a calorie-free beverage.

And there's more. Artificial sweeteners have been shown to disrupt the balance of intestinal bacteria in a direction that could lead to obesity and diabetes.

Last September, experiments by Israeli researchers published in the journal Nature found that mice fed water infused with saccharin, sucralose or aspartame developed glucose intolerance, a condition that occurs when the body does not process sugar properly. Mice that drank plain water or water sweetened with sugar did not develop the condition. (Glucose intolerance is a precursor for Type 2 diabetes.)

The researchers tested the association in seven lean, healthy humans who normally avoided artificial sweeteners. When given saccharin for five days, four of the seven volunteers developed glucose intolerance.

The hidden health costs of artificial sweeteners may go beyond weight gain.

A large observational study revealed that daily consumers of diet pop were 67 per cent more likely to develop Type 2 diabetes compared with people who avoided them. Drinking two or more diet soft drinks a day has also been tied to a greater risk of heart attack, stroke or other cardiovascular problems in postmenopausal women.

While artificial sweeteners have not been linked to an increased cancer risk in humans, lab studies – although controversial – have found aspartame and sucralose cause cancer in rodents.

To be clear, I am not suggesting you trade in your can of diet cola for a sugar-sweetened version. A steady intake of added sugars poses greater and demonstrable risks of obesity, diabetes and heart disease.

Given the growing evidence, however, I think it's a mistake to assume that artificial sweeteners are benign. It is becoming clear that they are not the innocent magic bullet we think they are.

While the very occasional diet soft drink likely isn't harmful, I do think you should be cautious about drinking them on a regular basis. We don't know the effect of consuming these artificial chemicals for years and years.

I recommend replacing soft drinks – artificially sweetened and sugar-sweetened – with plain water, carbonated water or water flavoured with a splash of 100-per-cent fruit juice. If it's caffeine you crave, turn to green tea or unsweetened iced tea.

Ditching your diet cola dependency gradually, rather than cold turkey, may be an easier adjustment and increase the odds of success. Cut out one serving, or one can, each week.

Artificial sweeteners are 30 to 700 times sweeter than table sugar, so it takes a minuscule amount to achieve the same sweetness as one teaspoon of sugar without comparable calories. Health Canada has approved the following five artificial sweeteners and one natural low-calorie sweetener called stevia.

It's added to packaged foods and beverages, often with aspartame, but is not sold as a tabletop sweetener. According to the Center for Science in the Public Interest (CSPI), the manufacturer's mid-1970s safety studies, although of mediocre quality, suggested the artificial sweetener caused cancer in rats. CSPI recommends avoiding it. (CSPI is a non-profit consumer-advocacy group with offices in Washington and Ottawa.)

A combination of amino acids phenylalanine and aspartic acid, aspartame is added to foods and beverages and it's also sold as a tabletop sweetener under the brand name Equal. Based on three independent studies showing aspartame causes cancer in rodents, CSPI recommends avoiding it. Aspartame may cause headache, dizziness and irritability in a small number of people.

Not allowed to be added to packaged foods and drinks, cyclamate is sold only as a tabletop sweetener under the brand names Sucryl, Sugar Twin and Sweet'N Low. Cyclamate was banned in the U.S. because it was shown to cause bladder cancer in animals. It is not considered safe during pregnancy.

(I advise avoiding all artificial sweeteners when pregnant.)

Until last year, saccharin was sold only in pharmacies under the brand Hermesetas. Studies in the 1970s showed a clear link between saccharin and bladder cancer in rats. In 2014, Health Canada lifted a ban on saccharin as a food additive, allowing it to be added to certain foods, including chewing gum, breath fresheners, canned fruit, fruit spreads and frozen desserts. More recent studies, Health Canada observed, have determined the carcinogenic effect in rats is not relevant to humans.

SucraloseThe main ingredient in Splenda, sucralose is made using a process that adds chlorine to sugar molecules. It's added to foods and beverages and available as a tabletop sweetener. Whole Foods Market does not carry products with sucralose (or aspartame and acesulfame potassium), based on the fact it's an artificial chemical that lacks long-term data from human studies. In 2013, CSPI downgraded sucralose to "caution" from "safe," pending review of an unpublished study linking it to leukemia in mice.

A no-calorie sweetener made from the leaves of a plant native to South America, stevia gets its sweet taste from natural compounds called steviol glycosides. It's sold under the brand names Truvia, Krisda and Pure Via; stevia-based sweeteners are permitted to be added to drinks, breakfast cereals, yogurt, candy and gum, condiments, baking mixes and snack foods. 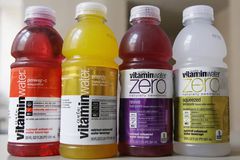 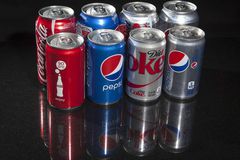