When was the last time you needed to memorize a phone number? Or had to mentally store dates, directions, and tidbits of trivia? Thanks to programmable mobile phones, Google and GPS, all the information we once needed to know by heart can be recalled with the push of a button or the click of a mouse. So it's no wonder that many of us worry about underusing, or losing, our memory skills.

Yet with discipline and persistence, the brain can be trained to absorb and retain boundless data, from names and faces to lists of numbers, dates and series of abstract images. Just ask Dominic O'Brien.

O'Brien is an eight-time winner of the World Memory Championships, an annual tournament in which participants demonstrate extraordinary feats of memorization. His specialty is memorizing the order of decks of playing cards. He can commit to memory an entire deck of cards in the span of 30 seconds. One of his personal best records is recalling 54 decks in one sitting. The 55-year-old British mnemonics whiz, who no longer competes but helps run the international competition, is also able to memorize hundreds of digits, random words and numerous names and faces within minutes.

"It's a unique mental sport and it's something that everyone can relate to," O'Brien says.

The World Memory Championships, which began with only a handful of competitors in 1991, has grown as the mental sport gains popularity. This year's contest, which takes place in London this weekend, will see about 80 participants from across Europe and as far as China, Australia and Ethiopia, competing in a series of timed events for the winner's cup and bragging rights.

The sport is budding here in Canada as well, thanks in large part to Canada's own record-breaking memory whiz Dave Farrow. Farrow sponsored an inaugural Canadian Memory Championship in Toronto this summer, and is looking to expand the event next year.

But while memory contestants test how much information the human mind can hold, scientists are skeptical that memory training – using puzzles and practising mnemonic strategies – can actually boost one's brain power or combat general forgetfulness.

Back when O'Brien was competing (his last World Memory Championships was in 2003), he would take three months off work to prepare, spending a couple of hours a day in training. But these days, he says, some serious competitors spend as much as 10 hours a day, year round, in training. Their efforts are yielding impressive results; new records are broken every year.

In spite of their seemingly super-human memory, competitors typically do not have higher IQs than the rest of the population, and their brains are in no way extraordinary. Using functional magnetic resonance imaging, scientists have found nothing physiologically exceptional about O'Brien's brain – which may be encouraging to the rest of us who struggle to remember our grocery lists.

Memory training has its limitations, however. Farrow, a two-time Guinness World Records holder for memorizing playing cards who, in 2009, recalled 59 decks with almost 100 per cent accuracy, explains that learning a specific mnemonic technique does not increase one's memory in general. This is why he focuses on teaching broader, practical techniques.

"I could teach you, for example, in an afternoon how to memorize a deck of cards, but it wouldn't make you much better at memorizing numbers than you are right now," Farrow says. "If there has been any criticisms, it's that when you train for one of these techniques, it doesn't make you specifically better" at any other memory tasks.

For this reason, Monica Melby-Lervag, a professor of special-needs education at the University of Oslo, is wary of the growing market of commercial memory-training programs that claim to increase mental agility. In a meta-analysis of a compilation of peer-reviewed studies, published online earlier this year, Melby-Lervag and her colleagues found no evidence that memory training can improve general cognitive performance in children with learning disabilities or even in healthy adults. Since many commercial programs, which are marketed to parents of children with learning issues, tend to be expensive and time-consuming, Melby-Lervag said she cannot recommend them. "We think it's not worth the money or the effort," she said.

Offering assurance to the absent-minded, Richard Harris, a psychology professor at Kansas State University, says most of us are actually quite good at remembering things naturally. The hitch is, we tend to remember the stuff that interests us.

Harris has his own fascination for maps and geography. But while he has an excellent memory for place names and locations, he probably can't tell you who won the World Series in 2003 or who scored the winning goal of the 2011 Stanley Cup finals, since he has little interest in sports. "We probably all have domains of knowledge like that," he says, regardless of whether we train for it or not.

The jury is still out on whether memory training can prevent memory loss in the long-term, says neuropsychologist Susan Vandermorris of Baycrest Health Sciences. There is some evidence to suggest that cognitive-engagement activities, whether it's doing crosswords or learning a new language, can help preserve memory function and delay the onset of dementia. But, she notes, "there is no evidence that we can prevent dementia entirely."

Vandermorris adds that even though learning to memorize a deck of cards won't improve how your brain functions, certain memory strategies can be applied more broadly, such as learning to make associations to help you remember people's names or where you put your phone.

"If there was a downside [to memory training], everybody expects you to have a good memory, and it can be embarrassing if you forget their names or you forget something trivial, like your car keys," O'Brien says, admitting he's been known to lose his keys on occasion. But when that happens, he adds: "I'd say I'm better at retracing my steps, whereas before, I wouldn't know where to start."

To memorize long sequences of digits, words or images, world memory champion Dominic O'Brien sees them in his mind as though watching a film. First, he uses an association technique to codify the data as individual mental pictures. (For instance, since the number eight sounds like "ate," one might conjure the mental image of a person eating a sandwich.)

Then, he plots these mental images along a familiar journey in his mind, such as the route from home to work. This helps to preserve the order of the information. To recall the sequence, he mentally retraces the route, imagining all the codified pictures along the way.

"After a while, it becomes automatic," he says. "You become faster and faster at doing it." 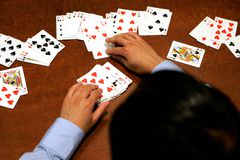 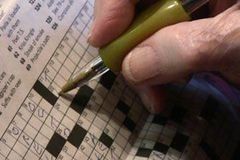 To commit something to memory, take a break
January 29, 2010
Follow Wency Leung on Twitter @wencyleung
Report an error Editorial code of conduct
Due to technical reasons, we have temporarily removed commenting from our articles. We hope to have this fixed soon. Thank you for your patience. If you are looking to give feedback on our new site, please send it along to feedback@globeandmail.com. If you want to write a letter to the editor, please forward to letters@globeandmail.com.
Comments