I have a huge interest in Canadian history and in wilderness travel. I wanted to experience what it would be like to travel across the country on the original historic water highway used by the North West Company 200 years ago. In 2013, six of us took a 26-foot (eight-metre) voyageur canoe and paddled the original transport route from the Rocky Mountains to Montreal.

Around the 80th day, past Thunder Bay, I started feeling bloated and unsatisfied after eating, and slowly, I started losing energy. We were basically exhausted and tired the entire time, so it took a while to register that I didn't have as much energy and strength as the rest of the crew.

I grew up on a farm and I had beaver fever once back in high school from drinking creek water. Because I had it before, I recognized the symptoms.

Beaver fever or giardiasis, is caused by an intestinal parasite that prevents you from absorbing nutrients. That means every time you eat, you're essentially feeding the parasite and you end up passing a lot of unused nutrients or water waste through your system, either front or back, I guess.

I definitely threw up a few times. As for diarrhea, I didn't get that symptom as much. I wouldn't say I had the healthiest of stools, but it wasn't like we had to pull over the canoe all the time to let me go. The worst symptom for me was just feeling lethargic and incredibly weak. I also felt bloated after all the meals.

I don't know exactly how I got it. Days before I started noticing symptoms, we'd gone through the Grand Portage, a 14-kilometre stretch outside of Thunder Bay to get from Pigeon River to Lake Superior. We'd exhausted our water supplies and were crossing these tiny, little streams and we were drinking out of that. The water looked a little brown, but we filtered it and added Aquatabs, which is this chemical treatment. Everyone was drinking the same water and no one else got sick. Maybe I just got a bad mouthful.

Beaver fever is a hilarious name, but any animal that has the giardia parasite has it in its feces. So I might not have drunk beaver poop. I might have drunk anything.

I tried to ignore it as best as I could, because in my stubborn mind, we had to get to Sault Ste. Marie, Ont., before we could stop. It took us 16 days to cross Lake Superior, and I suspect I had the parasite for the entire time we were crossing. We were paddling along the northern side, and around Marathon, Ont., I had to take a day and sleep on the bottom of the boat as my teammates paddled. I'd lay there and pop my head over to puke. That was the worst day. Every time you're in the throes of sickness, you think it's the worst thing happening, which of course, it's not.

When we got to Sault Ste Marie, I went to a walk-in clinic right beside the lake. I imagine giardia used to kill voyageurs before modern medicine. But once you get diagnosed, the treatment is really easy. When you get the drugs – they're pretty strong antibiotics, you start feeling better.

That night, our crew was invited to a big pasta dinner in this island cottage community outside of Sault Ste. Marie. I ate well and felt good, but I hadn't really started the antibiotics yet. The next morning, my mind and body agreed I'd had enough. I totally crashed. I was too weak to stand.

My hosts took excellent care of me and they brought me to the hospital. I didn't need to stay overnight, I just needed liquids and I got an IV. Then I returned to the cottage and basically slept for three days. Once I found my legs and was able to walk around and participate in life again, I met up with my crew again. They were at Blind River at that point, on the north shore of Georgian Bay, which was only a two-hour drive away, but of course, that was three days of paddling. I still intend to return and paddle those three days, just for my own personal need to complete it.

Even though I've had giardiasis twice now, I still consider both incidents a little flukey. When I'm guiding and working with students and clients, I'm very careful and I treat all the water. But I still drink water right out of the lake too. I did it all the time growing up. We're so lucky in Canada to have so much fresh water at our disposal.

Peter Vooys, 32, is an outdoor guide who lives in Tyrone, Ont. 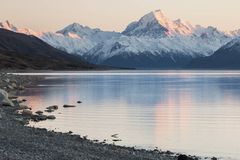 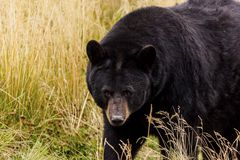 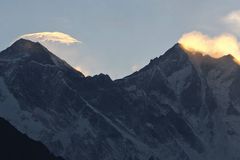