Without warning, my heart pacemaker battery died. Okay, I didn't know it was the battery dying, I thought it was me.

I had resisted getting a pacemaker for many years. I was just too vain. A machine implanted above my left breast that stuck out about an inch was not sexy.

By my late 20s, I no longer had a choice. For about a week after my surgery, I didn't move my left arm, holding it still against my chest as though it was a baby. I ended up with a frozen shoulder.

My doctor sent an occupational therapist to my house. I was not a compliant patient. It just hurt too much. She yelled at me, "Sandra, if you don't get that arm moving, you are going to lose it!" That did it.

After she left, I got a bottle of scotch delivered, drank enough to drown my pain and then thoroughly exercised my arm. Within hours, my arm was fully mobile. (Not an action I would recommend!)

The pacemaker itself was another matter. This little machine inside of me was in control of my heartbeat. It was marching to the beat of someone else's drum and their drumbeat was way faster than mine.

My heart beats about 30 times a minute. Now I had this pacemaker that delivered 70 electrical charges a minute to prompt my heart to beat. This was at the resting state. The upper limit was set at 110 beats a minute, more than triple my own heart rate.

I was running a marathon whether awake or trying to sleep. A further complication was that my paced heartbeat increased or decreased according to motion. When driving a car, my body would be doing a jig. Heaven forbid if I hit a bump in the road, as it would set my heart racing to the top setting of 110 and my body would shake rattle and roll. The doctors argued that I just needed to adjust to the change.

I went on the computer and researched pacemakers. I discovered that there was a qualitative difference between various makes of pacemakers. In my mind, I had been given the '54 Ford model rather than the Ferrari. The doctors said my next pacemaker would be more sophisticated.

Now that my battery had died, I looked forward to getting the Ferrari model.

There I was, lying on the stretcher with my chest exposed surrounded by a gaggle of mostly male hospital personnel all towering over me staring at my breasts. I tried desperately to calm myself and garner the courage to ask "the" question. Before the doctor fully entered the room, I blurted out in a needy child-like voice, "Are you going to give me the Ferrari?"

My doctor laughed, and so I laughed, as did the rest of the operating room personnel. He playfully joked that he had a different pacemaker in each of his four pockets. "Which pocket do you choose, Sandra?" But I slipped into unconsciousness from the sedation and had to live with his choice, if there ever was a choice.

My pacemakers last about five years. I go "on and on" like the Energizer Bunny until the battery starts to wind down and I shift into slow-motion mode and when all is as it should be, it is replaced before it stops completely. When I get a new battery, I am fully charged, enthused with new energy and feel like a superwoman who can move at the speed of the superhero Flash.

Needless to say, a new pacemaker is a cause for celebration. Technology advances so rapidly that each time I get a new pacemaker, the function is significantly improved and the surgery is relatively minor.

My next pacemaker was a fancy dual-chamber pacemaker. It required the surgical implant of a second wire (or lead as they are called), allowing pacing in both my heart's atrium and ventricle. Viola! I was walking upright. I was not cognizant until then that I had previously walked with my body bent to the side because my atrium and ventricle were marching to different drummers.

I try not to get myself worked up over pacemaker complications. I have experienced a number of interferences from motion sensors, dental equipment, power wires, old microwaves and various electronic tools that have zapped me, messing up my settings so that I fall to the ground or start to run. A new kind of interference is always lurking around the corner. Or perhaps I just need a little oiling from time to time like the Tin Man in The Wizard of Oz.

Pacemakers continue to improve and get more sophisticated. My latest – I have lost count, but I believe it's my eighth – is like a little computer, responds according to my own level of activity and weighs less than an ounce. How wonderful is this?

I have to say that it is a bit unnerving when your time on this Earth is up but you are given a machine that takes over the functioning of your heart. Indeed, I am what doctors call "pacemaker-dependent." My life depends on my pacemaker functioning properly.

In the end, what's not to like about having a machine in my body, akin to a Ferrari engine, that motors me through life? 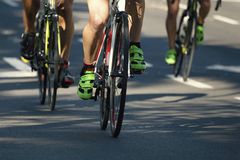 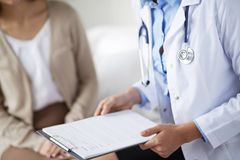 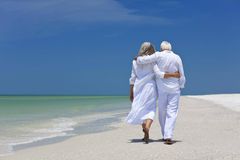