I was a kid the first time I had it, probably around nine or 10. I was walking to school. It was a nippy fall morning, and I was wearing just a T-shirt or sweater because it was going to be warm later in the day. I could feel that there was something happening with the skin of my cheeks, but I didn't know what it was because it had never happened before. It was a little bit itchy.

When I got to school, all the kids were like, "What's wrong with your face?"

We had to wait outside until the school bell rang and when I went inside to look at the mirror, I had bumps all on my cheeks. They went away after about 10 minutes or so. I told my parents and it took a while to figure out what it was.

We went and saw our doctor and they sent me to a skin specialist, who said to stay out of the cold. It just became an abstinence thing. I wasn't able to be outside for very long. So it was pretty limiting as a kid, and in Calgary, the winters are long.

Cold urticaria is basically hives that are induced by the cold. It could be considered an allergy to cold, but it's not quite so specific. It varies from person to person, so some people react when they go out in the cold and some people react when they start warming up. I've had both types of reactions, so I can't say I'm one or the other. I guess it depends on the length of exposure and how cold it is, too.

I spoke with one young woman with cold urticaria a few years ago and she couldn't eat anything cold because her throat would swell. She couldn't eat ice cream. Or if she did, she'd have to make sure it melted in her mouth before swallowing. I've never had that happen.

Usually if I'm outside for longer than half an hour and I can't warm up, the hives will start melding together, so that it's one big hive. So my knee can be just one big hive. That can be pretty intense. And then it can take a couple hours to subside once I've warmed up. It's not like the kind of hives that are little dots. They look like welts.

It wasn't until my adult life that I did my own research and talked to my doctor. I figured out I could manage it with medication. Now I just take an antihistamine if I know I'm going to be outside for an extended period of time and then I won't get the hives. It's just like any sort of prevention for allergic reactions.

Because as a kid I never picked up things such as skiing and things like that, I haven't become an avid skier or anything like that. But now I can go outside and go for hikes and walk the dog and take my kids tobogganing and all that stuff without it being an issue.

Colleen Seto, 37, is a freelance journalist in Bragg Creek, Alta. 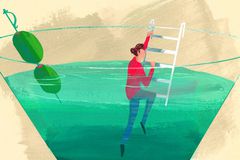 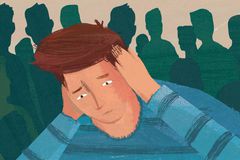