Editor’s note: This article was published in September 2017, regarding the ban by Health Canada on trans fats that takes effect this week.

Last September, Health Canada announced that it will ban trans fats from our food supply, a move that many scientists, doctors and dietitians – myself included – have been waiting a solid decade for, ever since the government’s own Task Force on Trans Fat, in 2006, recommended formal regulations to protect the health of Canadians.

As of Sept. 15, 2018, it will be illegal for manufacturers to add partially hydrogenated oils to food products. Imported foods and menu items served in restaurants and institutional cafeterias are also included under the ban.

If you're wondering what trans fats are, where they lurk in your diet and why they are being banned, here's what you need to know.

What are trans fats?

Partially hydrogenated oils have been added to foods since the 1970s. They add taste and texture and extend the shelf life of many foods, including commercial baked goods (e.g. cookies, pastries, donuts, muffins), snack foods and fried foods. They're also cheaper than animal and other vegetable fats.

Industry-produced trans fats are different from naturally occurring trans fats found in low levels in beef and dairy. No evidence of harm from these sources has been identified.

What are the health risks of eating trans fats?

Trans fats are also thought to increase the risk of type 2 diabetes and trigger inflammation in the body, a contributor to numerous chronic diseases.

In 2002, the National Academies of Sciences' Institute of Medicine stated that there is no safe level of trans fat in the diet; any increase in intake would increase cardiovascular disease risk.

If trans fats are so bad for us, why has a ban taken so long?

In 2007, Health Canada gave the food industry two years to voluntarily reduce trans fats – despite the earlier recommendation of the Trans Fat Task Force to regulate it – to 2 per cent of total fat content in vegetable oils and margarines and 5 per cent in other foods. If they didn't, the government said it would regulate their use.

Health Canada's Trans Fat Monitoring Program, which released its final report in 2009, found that many food manufacturers – motivated by mandatory disclosure of trans fats on nutrition labels introduced in 2002 – had eliminated or reduced trans fats to meet targets.

While 75 per cent of prepackaged foods tested were trans-fat free, one-quarter still had unacceptably high levels including coffee whiteners, doughnuts, cookies and crackers.

In 2012, she confirmed that the government would continue its voluntary approach rather than putting the burden of regulation on the food industry. The interests of public health took a back seat to those of big food.

In 2014, an analysis conducted by University of Toronto researchers revealed that 97 per cent of the Canadian food supply met trans fat targets. Even so, some pockets of food industry continued to use partially hydrogenated oils, putting some groups of people, including children and teenagers, at risk for higher intakes.

Now, it's official. One year from now, foods will be free of partially hydrogenated oils.

In the meantime, how can I avoid trans fats?

Read nutrition labels. The Daily Value (DV) for saturated fats plus trans fats combined is 20 grams (based on a 2000-calorie diet). Foods low in these fats will have a DV of 5 per cent or less. 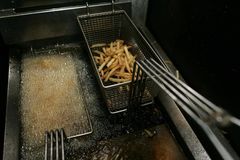 Why distributing protein over three meals may keep muscles strong as we age
September 17, 2017 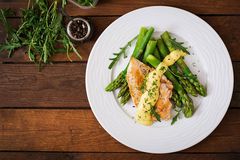