There's yet another item to scratch from your shopping list. The same stuff we've been told for decades is so healthy that every child should drink a glass with each meal. Good, wholesome milk.

According to a provocative new book by Toronto author Alissa Hamilton, we've been tricked into drinking so much milk by marketing campaigns designed to buoy an industry, not our health.

Her book, titled Got Milked? The Great Dairy Deception and Why You'll Thrive Without Milk, is the latest takedown of a supermarket staple. Hamilton, whose first book, Squeezed, exposed orange juice for the processed food that it is, argues that not only do we not need milk, but that consuming too much of it can make some people sick. For example, Hamilton explores how drinking too much milk can be connected to low iron and anemia in kids. Rather than drinking a glass to get your calcium, Hamilton suggests turning to foods such as broccoli and even dried basil. In the book's acknowledgments, she writes that she is grateful to her late mother for not making her drink a glass of milk with every meal.

Hamilton's book is on trend. Over the past few years, such bestselling books as Wheat Belly and Grain Brain have instructed many of us to turn our backs on foods that have been staples since the dawn of agriculture – and we did. According to the consumer research firm NPD Group, 30 per cent of Americans are reducing gluten in their diet. In Canada, interest in gluten-free restaurant offerings has risen by more than 137 per cent since 2010.

Then there's the rising popularity of the paleo diet that besmirches any food a caveman wouldn't have eaten, including rice. And the flip-flop on saturated fat: We've been told for decades it's bad for the heart, but recent research suggests animal fat might not give you a heart attack. So, wait – does that mean these fats are okay?

I'm not alone in my confusion. This cacophony of conflicting health information has left many of us wondering what on earth to put in our reusable shopping bags.

Should we follow the paleo trend and focus on eating meat and plant foods such as nuts and fruit in an attempt to mimic our pre-farming ancestors' diet? Or maybe skip the meat and join the raw-food, vegan crowd dropping animal products altogether? How can such different ideas seem equally popular?

"This speaks to the fact that [consumers] have no idea," says Elaine Power, a health studies professor at Queen's University In Kingston. "Eating has become very complicated."

That's in part because we're told there is so much to worry about, and information is coming from so many different sources. Not only can food make you sick, but if you choose to eat the wrong thing, it can make you obese, too – which you could argue is seen by our fat-phobic society as being even worse than sick.

All this means a trip to the supermarket is fraught. Even if you don't follow the latest fad diet, I for one have found it's hard to resist being influenced by trends. Even though I knew there was no reason to cut gluten from my diet, I went gluten-free for a month last year in case it made me feel better. It didn't; I was hungry all the time. I now leave gluten-free eating to the celiacs in my family. After reading Got Milked? I had to stop myself from controlling my daughters' milk intake, even though my husband and I try to educate our kids so they can make the right decisions about what they eat for themselves. When it comes to food, even a dose of doubt can ruin a meal.

It's no surprise that concerns about healthy eating have become so pronounced for some that the term "orthorexia" was coined in the United States to describe an eating disorder similar to anorexia, but where the obsession is to eat a "clean" diet, rather than to lose weight. It's not an official diagnosis in the DSM-5, though some in the medical profession believe it should be categorized as an eating disorder as potentially harmful as anorexia.

How did we get to a cultural moment when we're so confused about one of the most basic acts of survival? And what can we do about it?

Today we are particularly good at worrying about what we eat, but this isn't a modern condition. In ancient Greece, Pythagoras created a diet expounding vegetarianism because he was worried about the potentially immortal souls of slaughtered animals. In Egypt, there was a taboo against eating beans. Fast-forward to 1895 when, both in the U.S. and in Europe, people were touting the benefits of a raw-food diet.

What's different today is that books such as Hamilton's are playing to a Western population that, from a historical perspective, is extremely healthy already. "We are coming at it from a place of incredible privilege," said Yoni Freedhoff, a family doctor and author of The Diet Fix. Whereas even 60 years ago, government food guidelines were focused on making sure Canadians were well-nourished and not missing important micronutrients – along with providing a market for Canadian agricultural products – today malnutrition isn't a problem for much of the population. Add to that advances in medicine that keep us free from many communicable diseases and, says Freedhoff, we've found other things to worry about.

In their forthcoming book Food and Femininity, sociologists Kate Cairns at Rutgers University and Josée Johnston at the University of Toronto argue that this preoccupation with one's own health is part of a larger shift in our society that places the responsibility for healthy eating on the consumer. Rather than trusting food producers to sell legitimately healthy products – or even governments to make the rules to facilitate this – "health becomes the individual's responsibility," Johnston says. In academia this is called "healthism."

Her students are so desperate to unlock the secret to healthy eating that in the sociology of food classes Johnston teaches, their questions regularly drift from the academic topics at hand back to what to eat. "I have to say numerous times through the semester that I am not a nutritionist. I am not a dietitian. I am a food sociologist," she says.

So, if it's your fault when you don't eat well, then the stakes are high to make sure you get it right.

"Health has become this super value. It's a way we measure our moral worth," says Power of Queen's University. "'I'm a good person because I don't eat sugar, I don't eat gluten.'"

What's adding to the confusion is that the sources of health information we used to trust are no longer seen as relevant, such as the food guides the Canadian government has been issuing since 1942. "Increasingly we mistrust authorities," Power says. "People are suspicious that [food guides] have been taken over by corporate interests and so we have to decide for ourselves."

Which is exactly Hamilton's point when it comes to milk – she argues governments have been more concerned about the health of the dairy industry than that of people.

If you add any ethical considerations – such as the environment or labour concerns – to your list of factors to consider when grocery shopping (which I do), then the food confusion becomes even more acute, Power says.

"The only food I eat that doesn't carry some conflict are the vegetables that grow in my backyard," Power says.

I can relate. They say knowledge is power, but in our complicated food marketplace, what you know often can inspire a feeling of powerlessness.

The power of dairy: Milk marketing’s reach has moved from school lunches onto sports fields
April 26, 2015 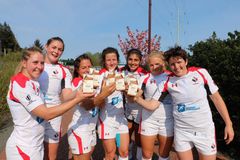 What is the best way to cook vegetables to maximize their nutritional value?
July 15, 2020 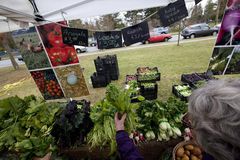