What is the difference between wild, farmed, canned and smoked salmon when it comes to omega-3 fat content? What about other nutrients? I want to get the most nutrition possible.

Deciding which type of salmon to eat isn't always a straightforward choice. While all types are a good source of beneficial omega-3 fatty acids, some species store considerably more in their cells. Farmed Atlantic salmon, it turns out, outranks wild Pacific salmon, with 20 per cent to 70 per cent more omega-3 fat per serving.

Omega-3s aside, there are other nutrient considerations when choosing fish. If you want fewer calories and more protein, wild salmon comes out the winner.

There are environmental concerns, too, which shouldn't be overlooked. Harmful effects of industrial-scale fishing include overfishing, habitat damage from fishing gear, pollution from salmon pens and transfer of diseases from farmed to wild fish. You'll want to ensure fish has been caught or farmed in environmentally sustainable ways.

The benefits of DHA and EPA are also tied to a lower risk of Type 2 diabetes, macular degeneration and Alzheimer's disease. They also promote healthy eye and brain development in infants.

Gram for gram, salmon delivers more omega-3 fatty acids than most types of oily fish. Omega-3 fats in fish come from the food it eats. In wild-caught salmon, omega-3s come from the algae, plankton and smaller fish (e.g. herring) in their diet. Species of wild salmon include Chinook, sockeye (red), Coho, pink and chum. Chinook, chum and Coho salmon may also be farmed.

The vast majority of farmed salmon (over 90 per cent) are Atlantic salmon, which are hatched, raised and harvested under controlled conditions. The omega-3 fat content of farm-raised salmon depends on the type of feed they eat, which consists of a combination of plants, grains, fishmeal and fish oil.

There is no official recommended daily intake for DHA and EPA, but many international health authorities and expert scientific organizations advise healthy adults consume 250 to 500 milligrams each day.

Based on cardiovascular research, many experts recommend 1,000 milligrams per day for people who have coronary heart disease, an amount supplied by eating 12 ounces of Atlantic salmon per week. Since omega-3 fats store in the body, it isn't necessary to eat fish every day.

According to 2015 data from the United States Department of Agriculture, farmed Atlantic salmon contains more omega-3 fatty acids than wild-caught salmon. That's not too surprising since farmed salmon is also higher in total fat than wild salmon.

Less fat means more protein. Six ounces of sockeye salmon (cooked) contains 45 grams of protein compared with 38 grams in the same amount of farmed salmon. That might not seem like a big difference but it's the protein equivalent of two large egg whites.

How you cook salmon can affect its omega-3 fat content. Omega-3 fatty acids can be destroyed by excessive heat. Baking, broiling, steaming and poaching fish will cause minimal loss of beneficial omega-3's. Deep-frying and pan-frying fish at high temperatures can destroy omega-3 fats.

Canned salmon is typically pink or sockeye salmon (both wild), with sockeye salmon having the edge in higher omega-3 levels (1,080 milligrams versus 920 per three ounces).

Bottom line: Whether you choose farm-raised, wild-caught, canned or smoked, salmon is an excellent source of omega-3 fatty acids. It's also packed with protein, B vitamins (especially B12), selenium and potassium.

And salmon is one of the few foods naturally high in vitamin D, delivering 350 to 715 international units (IU) per three ounces. (Health Canada recommends 600 IU per day for children aged one to adults aged 70, and 800 IU daily for adults older than 70.)

Fishing for facts and doing the math

Research suggests healthy adults consume at least 250 to 500 milligrams of omega-3 fatty acids (DHA + EPA) a day to guard against coronary heart disease. Omega-3 fats store in the body, so you don't have to eat them every day to reach this target intake. For example, three ounces of Atlantic salmon supplies 260 mg a day (the math: 1820 mg DHA+EPA/7 days = 250 mg a day).

*High in mercury; women of childbearing age and young children should avoid these species. 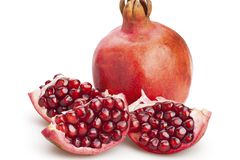 Leslie Beck: Defend your telomeres with an anti-inflammatory diet
October 19, 2015 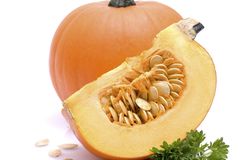 What is ‘smoke point’ and does it matter when cooking with oil?
April 9, 2021