Whether you will get a flu shot this year may not be determined by your age, how close you live to the nearest vaccine clinic or if you have children. It turns out your ethnic background may play a decisive role.

New Canadian research published Monday in the Canadian Medical Association Journal has found marked disparities in flu immunization rates among ethnic groups across the country, with people who identify themselves as white and black being least likely to get the shot.

While it's not yet clear what the significance of these findings are, the results of the study do point to a pressing need to better understand what is making certain people hesitate to get vaccinated, according to Susan Quach, research associate at Public Health Ontario and lead author of the study.

In the study, researchers used data from the Canadian Community Health Survey, conducted by Statistics Canada, to look at vaccine rates among Canadians older than 12. After adjusting for age, gender, household income, education and a host of other socio-demographic factors, the researchers found that people who identified themselves as Filipino or Southeast Asian had the highest vaccination rates. White Canadians had among the lowest rates, second only to blacks. People who identified themselves as West Asian or Arab, Latin American or multiracial, had slightly higher rates than whites.

Researchers adjusted for socio-demographic factors such as age and income that could inadvertently skew the results and they wanted to make sure they were comparing "apples to apples," said Quach.

Even after making those adjustments, however, differences in vaccination rates between ethnic groups still exists.

In other words, there appear to be other underlying factors that make some groups more likely than others to get flu shots, according to Quach. One of the main concerns surrounds what she calls "vaccine hesitancy," or the tendency among white and black Canadians to avoid the flu shot more than those of a Filipino or Southeast Asian background.

"We're not getting ... the [vaccination] rates that we want, not only with influenza, but other diseases," she said. "Are there groups out there less likely to get vaccinated? Why is this the case? We really have no idea what percentage of Canadians are vaccine-hesitant."

It could be that members of certain communities are more likely to have different sets of strongly held beliefs that influence their decision to get vaccinated. In other words, it's not their ethnic makeup that is at play, but the characteristics of the larger cultural community they live in that could be influencing their decision, said Bradford Gessner, scientific director of the Agence de Médecine Préventive, based in Paris.

For instance, it could be that white and black individuals are more likely to have Internet access and have a greater tendency to visit websites that warn of the dangers of vaccines. It could also be that Southeast Asian or Filipino individuals have stronger trust in the health-care system and are more likely to listen to public-health campaigns.

"That has nothing to do with your race. It would be more dependent on the community you're living in," said Gessner, who wrote a commentary published Monday with the CMAJ study. "[Some] groups may have, culturally, a different relationship with the medical profession so that they're more likely to take recommendations at face value, whereas white or blacks may be culturally more skeptical of medical recommendations."

Quach says it will be important to do more in the future to understand why individuals in certain groups appear more or less likely to get flu shots. On its own, a person's ethnic background can't explain the disparity, but it can help researchers look for other cultural, societal or demographic factors that may be involved.

Flu shot issue may not be ‘Canadian problem’ after all: study
September 9, 2012 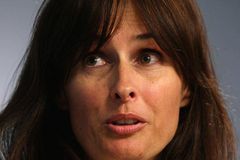 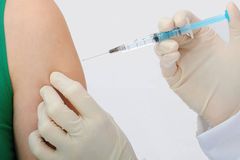 Flu shot beneficial to pregnant women and fetuses: study
May 23, 2012 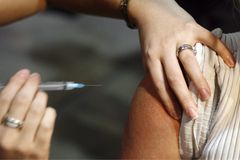