Sore throat, runny nose, sniffles, cough – cold symptoms like these rarely stop us in our tracks. But that sluggish, spaced-out, can't-think-straight feeling? That's the assault to the system that slows us down.

"Brain fog" from the common cold isn't all in your head.

Upper respiratory tract illnesses – a.k.a. sinus colds – cause muddled thinking on par with the cognitive effects of drinking alcohol or getting a bad night's sleep, said Andrew Smith, a health psychologist at Cardiff University in Wales who has researched cognitive changes related to seasonal colds for 30 years.

Reaction time and manual dexterity involved in everyday tasks, such as driving, "are likely to be impaired when you have a cold," he said: "It can have a big effect."

Colds blunt mental sharpness in other ways, too. In a 2012 study published in Brain, Behavior, and Immunity, Smith recruited 198 healthy men and women to do baseline cognitive tests. Within a few months, one-third came back to the lab with head colds, while the rest served as healthy controls in a second round of tests.

Compared with healthy participants and their own previous scores, those with colds took more time to learn new things, perform verbal reasoning tasks (a test of working memory) and retrieve information from their general knowledge banks. The lower scores were unrelated to the severity of their symptoms, their moods or how many hours they'd slept, the study found. (Researchers used symptoms checklists to rule out flu.)

The mental haze that comes with a head cold lasts longer than you'd think.

Cognitive impairments start in the incubation period – 24 to 48 hours before other cold symptoms strike – and persist for a couple of days after the coughing and sneezing stop. The cognitive effects are more severe with influenza, Smith said. Even after flu sufferers return to work, "they can be impaired for a couple of weeks afterwards."

These short-term declines stem from temporary changes in the brain rather than cold or flu symptoms themselves, he said. Seasonal viruses reduce mental alertness by interfering with neurotransmitters such as noradrenaline, associated with reaction times.

At a system-wide level, colds and flu trigger the body's attack mode, causing inflammation as the body works harder than usual to fend off illness. Of all the immunological changes involved in the cognitive effects of seasonal illnesses, he said, "inflammation is a key one."

Smith's interest in this area began in the mid-1980s, when Britain had a research unit that induced colds under experimental conditions. (Pity the recruits who put up with stuffy noses in the name of science.) The unit gave researchers such as Smith a unique opportunity to do "controlled, almost laboratory-like studies looking at the effects of these illnesses."

Colds don't make us incompetent, however. They affect our mental-processing speed more than accuracy, so we might just need more time to write that report or wrap our heads around a spreadsheet. But if our jobs involve driving or operating dangerous machinery, the cognitive effects of a sinus cold could be a safety issue.

In a 2012 study published in BMJ Open, Smith asked 25 university students to complete a simulated driving exercise on two separate occasions. Fifteen volunteers had a cold in the first session but not the second, while 10 were healthy on both occasions. While their basic driving skills were unimpaired, those with colds were slower at responding to unexpected events – and detected fewer collision hazards.

Does that mean we shouldn't drive under the influence of a sinus cold? Not necessarily.

In a 2014 study published in the journal Psychopharmacology, Smith compared reaction times in cold sufferers randomly assigned to receive 200 milligrams of ibuprofen combined with 100 milligrams of caffeine; ibuprofen or caffeine alone; or a placebo. Volunteers were tested twice over a three-hour period. Out of the four conditions, the ibuprofen-caffeine group showed the biggest improvement in reaction times.

Caffeine not only increases mental alertness, but also amplifies the anti-inflammatory effects of the ibuprofen, Smith said. Both are active ingredients in many over-the-counter cold remedies. The cognitive effects of seasonal colds are tough to avoid, since more than 200 viruses cause sinus colds. On the bright side, he said, "we have lots of ways in which we can counteract them." 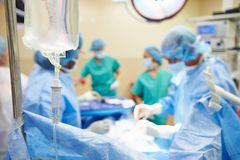