My husband and I are dieting together. I'm frustrated because he's lost twice as much weight as I have. Why do men lose weight faster than women? What can I do?

As a dietitian in private practice, I often hear frustrated female clients complain that their spouses are able to lose weight almost effortlessly, while they have to pay attention to every single bite in order to lose just one pound. The truth is, men do have a competitive edge when it comes to losing weight, both physiologically and psychologically.

Let's start with biology. Men are more prone than women to build muscle thanks to higher levels of the hormone testosterone. Because men have more muscle mass they have a higher resting metabolism, meaning they burn calories at a faster rate to keep their bodies functioning (e.g. to keep their heart beating, lungs breathing, brain functioning, etc.). It's estimated that a woman burns 5 to 10 per cent fewer calories for the body's metabolic needs than a man of the same height and weight.

A man's approach to losing weight might also lead to better results. Men are more likely to include regular exercise, which appears to do more than burn extra calories. One study found that men who exercised and dieted had more self-restraint and were less hungry compared to men who followed a diet-only program. Women in the study didn't experience the psychological benefits of exercise.

While women often set out to lose weight as means of improving appearance, men are more likely to be concerned about their future health and fitness and, as such, are less focused on the bathroom scale. Improvements in strength or a looser waistband are often enough to motivate men to stick to their program. Women, on the other hand, tend to lose confidence if they don't see quick results on the scale.

Studies have also revealed that men are more confident than women in their ability to achieve a weight loss goal. Believing in one's ability to make change is a key factor in committing to a goal, and ultimately, reaching that goal.

Preferred comfort foods may also factor into weight loss success. Research shows that men tend to go for comfort foods associated with meals prepared by their mothers such as meat and potatoes. Women, however, tend to crave foods that involve little or no prep work such as bread, sweets and chocolate – foods that are easily accessible and easy to overeat. Women are also more likely than men to turn to foods to soothe emotions such as depression, anxiety, anger and boredom.

You can't change your biology but provided you're sticking closely to your meal plan – and it's the right calorie level for you – there may be some other ways to help ensure you achieve your weight loss goal. If you're not already doing it, add strength training to your weekly exercise routine to help preserve, even build, muscle mass. If you crave comfort foods, ask yourself if your hunger is physical or emotional. If appropriate, get support to help you deal with emotional eating.

Finally, stay confident. Tell yourself you can do this. Pat yourself on the back for all the positive changes you've made so far. If the needle on the bathroom scale drops more slowly for you than it does for your husband – and more slowly than you'd like – so be it. Tell yourself you're heading in the right direction and that you're in it for the long haul. 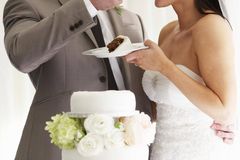 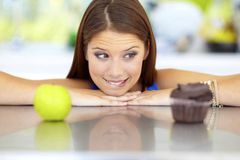 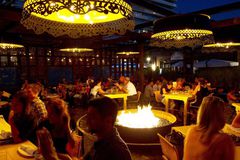 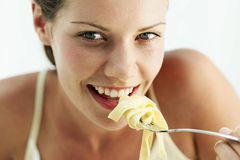