Boxy, plain and unisex, they are hardly a sartorial statement.

But they are functional. The big pockets can hold a stethoscope, ophthalmoscope, paper, pen and so on. The lab coat also protects clothes from a common on-the-job hazard, flying bodily fluids. It's simple to change if soiled, and easy enough to launder.

Beyond the practical, what doctors wear is loaded with symbolism.

Clothing influences how we are perceived and how we perceive ourselves. The white lab coat screams out "official," "brainy" and "in charge."

It is, in the health-care setting, an outdated symbol of hierarchy. It is so 20th century.

A little history is in order.

The white lab coat first made its appearance in the late 1800s. Prior to that, lab coats were traditionally beige and worn in, well, laboratories. Doctors, like clergy, dressed in black to reflect the sombre nature of their work.

The end of the 19th century was a time of tremendous progress in public health and medicine, when the benefits of sanitation and clean water were recognized. In the hospital setting, antiseptics revolutionized care.

Prior to the germ-fighting era, physicians were largely indistinguishable from other quacks such as homeopaths and snake-oil salesmen. A medical-school degree could be obtained in a year, and there were few standards of good practice.

With the advent of germ theory, physicians strove to be more scientific in their practice and their dress. Medical schools also adopted a more rigorous and standardized curriculum.

White is the colour of hope and the lab coat the symbol of the healer.

Surgeons became the first to wear the white coat, followed by hospital doctors and then in-office general practitioners. By 1915, it had become the norm, though doctors doing home visits still dressed formally.

To this day, most medical schools have a "White Coat Ceremony," where new students are solemnly presented with a short white coat at the beginning of their studies. When they graduate, they get a long white lab coat. (If you're in a hospital coat, length is a handy way to identify the students.)

But the white-coat tradition is dying.

Only one in eight doctors now wears a white lab coat, according to a U.S. study. Some specialists, like pediatricians and psychiatrists, long ago gave up the uniform because it was seen as scary by their patients.

In fact, one of the reasons physicians have abandoned the traditional garb is that they feel the visual symbol of hierarchy impedes patient care.

It is well documented, for example, that many patients suffer "white-coat hypertension" – meaning their blood pressure shoots up during a physician visit. (To be clear, however, this is not necessarily related to what the doctor is wearing.)

Paradoxically, surveys show that the majority of patients like the white coat, largely because it helps them figure out who's who, something that is impossible where every health worker wears scrubs or street clothes.

Some physicians have abandoned the white coat for much more practical reasons, such as hospitals no longer laundering them free of charge, as they do with scrubs, and because they don't feel it's appropriate in settings where teamwork is the norm.

But the death knell of the white lab coat may well have been sounded by patient safety concerns.

In Britain, the white lab coat has been banned – along with watches, ties and sleeves. The "bare below the elbow" rule is designed to reduce infection.

This is not a trivial issue. In Canada, there are an estimated 220,000 hospital-acquired infections annually, and as many as 12,000 deaths as a result.

There are many reasons for these dismal numbers, including shared toilets, poor cleaning and lack of hand-washing. But studies showed that lab coats were the principal impediment to doctors washing their hands regularly, and that bacteria tended to harbour around the coat's cuffs.

We have to be careful, however, to not ascribe the risk of infection to a particular uniform. White lab coats, scrubs and street clothes are all equal-opportunity bacteria spreaders. It is hygiene practices that ultimately matter, like routine hand-washing, changing work clothes regularly and not wearing hospital clothes on the street.

The Ottawa Hospital, for example, implemented a dress code that makes it obligatory for all staff to don scrubs or lab coats when entering the facility and remove them when leaving – even if it's just to cross the street for a coffee.

Beyond cleanliness, there are calls to cast off the white coat to strip doctors of their aura of godliness.

One of the most eloquent pleas came from Don Berwick, the guru of patient safety, in his address to the Yale Medical School graduating class in May:

"Those who suffer need you to be something more than a doctor; they need you to be a healer. And, to become a healer, you must do something even more difficult than putting your white coat on. You must take your white coat off. You must recover, embrace and treasure the memory of your shared, frail humanity – of the dignity in each and every soul.

The psychiatrist's fee sounds unreasonable - can he charge that?
January 29, 2012 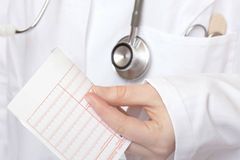 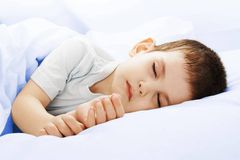