When the Canadian Cancer Society releases its annual statistical report, it usually highlights one issue and makes a patient available to tell their story and put a human face on the data.

This year the emphasis is on liver cancer, but there is no patient to offer up. The prognosis is too grim.

The five-year survival rate for those diagnosed with liver cancer is just 20 per cent. For most, the only treatment available is palliative chemotherapy, essentially drugs that slow the progression of cancer and reduce pain.

"Despite all the remarkable progress in the cancer field, we're fighting an uphill battle with this one," Dr. Sean Cleary, a hepatobiliary surgical oncologist at the University Health Network in Toronto, said in an interview.

While liver cancer is relatively rare – an estimated 2,000 new cases and 1,000 deaths annually – the incidence has tripled in men and doubled in women in the past generation.

There are a number of factors but the principal cause is infection with hepatitis B and C. The common viral diseases are spread by contact with bodily fluids, meaning unprotected sex, intravenous drug use, blood transfusion, childbirth. Over time, the virus causes scarring of the liver (cirrhosis) which can lead to cancer.

There was a dramatic increase in hepatitis infections from the 1960s through to the 1980s and their impact is just being felt now, said Dr. Prithwish De, an epidemiologist at the Canadian Cancer Society.

"It's similar to smoking and lung cancer: There is a lag time between exposure and disease," he said.

Liver cancer, if caught early (when tumours are less than two centimetres in size) is treatable and curable. The tumours can be burned off or cut out.

But most patients only have symptoms when they are in the advanced stages of the disease, when little can be done to slow the spread of cancer.

That is why the Cancer Society is urging Canadians – and baby boomers in particular – to discuss the need for hepatitis C testing with their physician. In the United States it is recommended that all people over 50 be tested for hepatitis C. Canada has not yet adopted those guidelines.

Hepatitis B is endemic in China and other parts of Asia, so immigrants from that part of the world are also urged to be aware of their status.

"There is no screening test for liver cancer but there are simple tests for hepatitis," Dr. De said.

About 600,000 Canadians are infected with hepatitis B or C and most don't know it, according to the Public Health Agency of Canada.

The American Association of Liver Disease also recommends that everyone diagnosed with hepatitis B or C undergo an ultrasound to check for liver tumours. Again, those recommendations have not been adopted in Canada.

Worldwide, liver cancer is the third leading cause of cancer death, after lung and stomach cancer.

In Canada this year, an estimated 187,600 people will be diagnosed with cancer and 75,500 cancer deaths will be recorded.

Four types of cancer – lung, breast, colorectal and prostate – account for more than half of all newly diagnosed cancers.

Incidence rates for most cancers are stable or falling. The only exceptions are liver cancer, thyroid cancer and lung cancer in women.

Lung cancer is, by far, the biggest cancer killer in Canada, with 20,200 deaths. It is followed by colorectal, breast, pancreatic and prostate cancers.

Three in every five cancer deaths occur in people over the age of 70.

Mortality rates are highest in the Atlantic provinces and fall steadily moving from east to west across the country.

Again, the mortality rate for most cancers is falling, with the exception of liver and kidney cancer, which are both rare.

In Canada, the five-year survival rate is 63 per cent overall, but that varies a lot by type of cancer, ranging from 98 per cent for thyroid cancer to a dismal 8 per cent for pancreatic cancer.

There are almost 840,000 cancer survivors in Canada today.

About 46 per cent of men and 41 per cent of women will be diagnosed with cancer in their lifetime and about one in four will die of cancer. 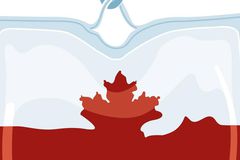 It's time we broke the silence about hepatitis, the quiet killer
May 19, 2010
Can the word cancer be more harmful than the disease?
December 12, 2011 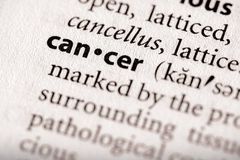 new
Canadians too 'squeamish' about testing for colorectal cancers
May 18, 2011 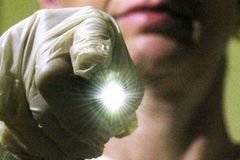