You've sworn off alfredo sauce. You've cut out sugary vanilla lattes. You've swapped cupcakes for carrot sticks. So why do you feel so lousy?

If the only greens you ate last year were the garnishes of parsley on your steak frites, chances are your body is going to protest when you suddenly start feeding it nothing but kale and broccoli.

Although reducing your intake of salt, refined sugar, fat and caffeine will undoubtedly be good for you in the long run, a drastic change in diet can lead to short-term discomfort – think grinding headaches, leaden sluggishness, embarrassing bloating and a hangry temper.

And no, this isn't because your body is ridding itself of impurities – whatever that means.

Don't be fooled by diet fads and cleanses that claim these symptoms are the result of eliminating nebulous toxins. Dietary "detoxes" are bogus.

Rather, if you're feeling unwell in your quest to eat better, dopamine, microbes and ketones may be the source of your discontent.

Your brain is craving dopamine

Foods that are loaded with salt, sugar and fat trigger the release of "feel-good" neurotransmitters, specifically dopamine, which activate the brain's reward centre, says Andrea D'Ambrosio, a registered dietitian and owner of Dietetic Directions in Waterloo, Ont. This explains why it's so enjoyable to eat highly processed fatty, salty and sugary foods, and why we tend to crave them.

It's not unusual then to experience withdrawal-like symptoms, such as feeling moody, blue or antsy, when you go cold turkey after you've grown accustomed to eating highly processed foods, D'Ambrosio says. To adjust to a less processed diet, she suggests curbing cravings by eating a high-fibre breakfast with a source of protein, having strategic snacks, like an apple or banana with peanut butter, aiming for seven to eight hours of sleep a night and sweeping your home and work environments for unhealthy temptations, such as replacing your candy dish with a bowl of clementines. "Sight is one of the most powerful influences on food choice," she says.

Your gut needs time to adjust

"If you have a very high-processed diet, and you decide to really boost up your fibre intake … too much at once can be quite overwhelming for your body," says Vancouver-based registered dietitian Vashti Verbowski, a spokesperson for the national association Dietitians of Canada.

Beware of digestion troubles, from constipation to overactive bowels. Your best bet is to steadily increase the amount of fibre you eat, and make sure you drink plenty of fluids, Verbowski says.

Any changes you make to your diet will also affect your gut flora, or the universe of microbes that exist in your intestines, she adds. High-sugar foods, for instance, allow certain kinds of intestinal bacteria to flourish, while fruits and vegetables feed other types of bacteria. That's why, Verbowski explains, people who suddenly start eating a whole lot of beans and lentils tend to experience bloating and gas. However, when they eat a small amount and gradually increase their intake, giving the bacterial colonies in their intestines a chance to change, they don't experience the same discomfort.

Your new diet is extreme

"None of those symptoms [headaches, irritability, fatigue and hunger] have I ever seen on anybody eating a healthful diet," says Dr. Yoni Freedhoff, an Ottawa-based obesity and nutrition expert and author of The Diet Fix: Why Diets Fail and How to Make Yours Work. "But I will and have seen people feel that way when they've become very extreme in terms of [reducing] their carbs … or extreme in terms of both their calories and carbs."

Both, he explains, can lead to ketosis, a state that occurs when you provide your body with too few carbohydrates. The body uses up its glycogen stores and is then forced to produce its own sugars, creating ketones, by burning fat. When in a state of ketosis, particularly if you're not accustomed to experiencing it, you may experience what's often called "keto flu," Freedhoff says, which can include a variety of symptoms, such as general discomfort, mental fog, nausea and fatigue, that dissipate within a few weeks. Ketosis also causes people to lose a lot of sodium, which can lead to dehydration if it's not replenished.

If you've made drastic changes to your diet, there may be another explanation for your misery: "It could actually just be hunger," Verbowski says. Even though your stomach might feel full, you may not be meeting your nutrient needs, particularly if you've cut out an entire food group.

The takeaway from all this is to adopt a healthful diet, gradually.

"Probably the best advice is to make small, realistic changes one at a time and to build on that," Verbowski says. "I think when we do those drastic changes, yeah, it might not feel so good … but also it tends not to be very realistic and not a long-term solution." 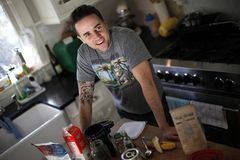 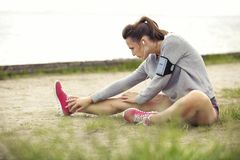