It's well-established that babies born to mothers who have had bariatric surgery are less likely to grow up obese than if their moms had not lost significant weight. But the common assumption – that weight-loss surgery patients tend to adopt healthier lifestyles, creating a better environment for their babies – seems to be only part of the explanation.

New Canadian research suggests the impact of bariatric surgery is much more profound – that the procedure can help rewrite a future child's genetic code, by switching off genes that predispose them to obesity and related health problems like heart disease, sparing them their mother's affliction.

The findings, the latest from the field of epigenetics – the study of how genes can be influenced by environmental factors – underscore the complex interplay between genes, environment and lifestyle factors. Scientists increasingly believe that the key to treating and preventing a broad range of conditions like obesity, heart disease and psychiatric illnesses is discovering the genetic triggers that spark physical changes.

In this case, for example, they believe the surgery and the metabolic changes that result, can prevent mothers from passing on the 'fat-seeking' habits of their genes.

"The surgery causes metabolic changes in the woman. This doesn't change the DNA of her offspring, but it does seem to change how the child's genes express," Dr. Frédéric Guénard, a postdoctoral fellow at the Functional Food Institute of Université Laval in Quebec City, said in an interview.

The research, being presented Monday at the Canadian Cardiovascular Congress in Toronto, involved 25 women who underwent biliopancreatic bypass surgery, a procedure that makes the stomach smaller and bypasses part of the small intestine. On average, their BMI (an approximation of body fat) fell to 27 after surgery, from 45 beforehand.

What made this group unique, however, was that each woman had a baby before bariatric surgery and another afterward. Researchers noted that the post-surgery babies were much healthier, including having lower blood pressure and higher insulin resistance, so they sought to find out why.

Most people who undergo bariatric surgery experience significant weight loss because the quantity of food they can consume is drastically reduced, as the result of stomach shrinkage. But the forms of bariatric surgery that involve a bypass – as opposed to merely stapling or sewing to shrink the stomach – also change how nutrients are absorbed, and that can cause hormonal and metabolic changes, notably in insulin resistance.

Researchers wondered if those changes would be passed on to the next generation and they used epigenetics to find out.

Scientists know that molecules called methyl groups can turn genes on and off, a process called DNA methylation. When the switch is flicked on for some genes, it increases the risk factors for heart disease, cancer and other conditions.

Dr. Guénard and his team took blood samples from the children and compared more than 5,500 genes with differential methylation among the sibling pairs. He stressed that there is not a single obesity or heart-disease gene, but rather a broad spectrum of gene expression that creates higher risk. "What we found is that children of the same mother had very different profiles if they were born before or after bariatric surgery," he said.

Dr. Guénard said this should draw attention to the potentially damaging effects of excess weight on the fetus and, conversely, the ability for weight loss to have a real impact on fetal health. "Basically, this study tells us that maternal obesity affects the obesity and cardiovascular risk profile of offspring and that weight loss can improve the cardiovascular health of children," he said.

"But I wouldn't go so far as to recommend bariatric surgery for all obese women who want to become pregnant," Dr. Guénard said. That is because all surgery entails risks and there are other methods of losing weight that don't entail those risks.

He said there is some evidence that weight-loss alone by a mother-to-be could improve the metabolic profile of her children. But there is evidence too that bariatric surgery has additional benefits beyond the weight-loss it induces, especially for people with conditions like diabetes. Patients who undergo bariatric surgery are often cured of diabetes even before they lose weight, because of the profound metabolic changes the surgery induces.

Dr. Beth Abramson, director of women's cardiovascular health at St. Michael's Hospital in Toronto and a spokesperson for the Heart and Stroke Foundation of Canada, said the research is a reminder that both genetics and environment can have an important influence on heart health and we are learning more everyday how these factors interact.

"What other things could we be doing to flip those switches and provide a better blueprint for our kids to start them off right in life?" she asks.

The caution with this research is that the siblings studied did not necessarily grow up in identical environments and they could have different genetic profiles for reasons other than the surgery. After bariatric surgery, many patients experience radical changes in lifestyle. 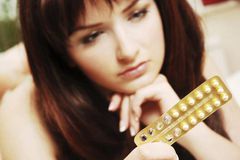 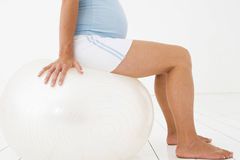