You've awoken tired once again. You're puffy-eyed. You can't get through the morning without a strong cup of coffee.

You may blame your lack of sleep on the lure of one more episode of Making a Murderer or the glare of your neighbour's porch light shining through your bedroom window. But the idea that people got significantly more sleep before Netflix binges and artificial lighting simply isn't true, according to Dr. Jerome Siegel, a psychiatrist and sleep researcher at the University of California, Los Angeles.

Siegel and his fellow researchers studied the sleep habits of three pre-industrial societies, the Hadza in Tanzania, the San in Namibia and the Tsimane in Bolivia, whose hunter-gatherer and hunter-horticulturalist lifestyles are believed to closely resemble those of ancient humans. What they found was striking: These traditional groups don't sleep any more than we do; in fact, they sometimes sleep even less.

"The idea that we're habitually sleep-deprived across the culture – that on average we have less sleep than our bodies are telling us to get – is basically a myth," Siegel says.

In a study published last fall in the journal Current Biology, Siegel and his colleagues used movement-sensing wristbands to record the activity of 94 individuals from the three societies for six to 28 days. This allowed the researchers to track their subjects' sleep under natural conditions, since they don't use the technologies commonly blamed for keeping people awake and disrupting circadian rhythms.

Contrary to the popular belief that humans slept from sunset to sunrise before the advent of electric lighting, he says, none of these groups turned in when the sun went down. On average, they stayed up more than three hours after sunset, and generally woke before sunrise, sleeping an average of just under 6 1/2 hours a night.

"As a result, their total sleep time is not very different from what's been reported in modern societies," Siegel says.

"In fact, they sleep less than most human groups that have been studied."

Siegel explains that these findings don't indicate the optimal amount of sleep people should get. But they do raise growing questions about whether we really need as much sleep as we think.

Based on a panel review of more than 300 scientific publications, the National Sleep Foundation in the United States recommends seven to nine hours of sleep a day for adults. But this comes with a caveat; the foundation notes on its web site that its recommended sleep times are "rule-of-thumb," since research can't pinpoint exactly how much people need at different ages. Meanwhile, the U.S. National Institutes of Health recommends seven to eight hours. Canadians appear to be right on target; those over the age of 15 reported sleeping an average of eight hours and 18 minutes daily, according to Statistics Canada's 2010 General Social Survey. That's actually 13 minutes more sleep than they reported in 1998.

Siegel notes his study did not measure the quality of sleep of the pre-industrial groups, and he aims to examine their alertness during waking hours in the future. However, he and his team found that insomnia was close to non-existent among the participants. Only 1.5 per cent to 2.5 per cent reported having trouble falling or staying asleep more than once a year. By comparison, insomnia rates in industrial societies are reported to be at least 10 per cent.

The researchers also found the traditional groups don't typically nap during the day, in spite of the widely held belief that we are meant to nap habitually, and would do so were it not for our busy schedules. And while the participants were found to wake up close to the same time each day, the time at which they went to sleep was highly variable.

Since their sleep times did not seem to be determined by sunset and sunrise, the researchers examined the impact of temperature on their sleep habits.

As Siegel explains, the Hadza do not live in permanent structures and they sleep on animal skins on the ground, often, during the dry season, out in the open air. The San also sleep on the ground in small unenclosed and unheated huts, he says, while the Tsimane sleep on hard beds made of tree-bark slats in simple wooden houses.

All three groups tended to sleep toward the end of the night, when temperatures were coldest. For the San, temperatures dipped as low as 10 C in winter. The researchers suggest the groups' exposure to the natural daily fluctuations of environmental temperatures may help explain why they don't experience insomnia. Without heating systems to regulate their sleep environment, their bodies do not need to actively shed heat before they are able to fall asleep, the researchers suggest. This habit of sleeping when temperatures are lowest is consistent with standard advice from sleep clinics to turn down the thermostat at night, Siegel says.

In spite of the relatively little sleep they get, the groups in the study are fitter, leaner and generally healthier than most of us, as they tend to be unaffected by heart disease and obesity.

Siegel says he does not challenge the fact that some of us who live in industrialized societies are sleep-deprived. But he believes we aren't universally sleeping any less than our forebears.

The best therapy for insomniacs? Getting things done
May 16, 2018 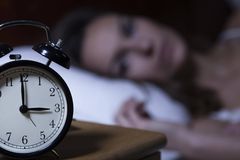 Sleep With Me podcast uses boring bedtime stories to help insomniacs
May 16, 2018 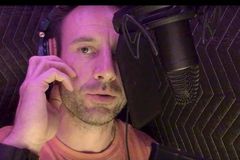 Tossing and turning? Sleep coaches have a game plan for that
May 16, 2018 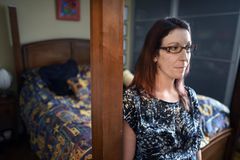