After weeks of overindulging, the claims are enticing: Detoxes and cleanses that promise to purify your body, boost energy, banish bloating, cut cravings, improve complexion, kick-start your metabolism, even help you lose up to 15 pounds in 10 days.

Whether you're at the bookstore, the grocery-store checkout or browsing online, the headlines jump out at you, inviting you to try the latest cleanse. It doesn't hurt that many are linked to celebrities such as Beyoncé and Heidi Klum. Even Dr. Oz has a 48-Hour Weekend Cleanse. Cleanses are hotter than ever.

They're hard to resist, especially considering many detox and cleanse plans promise the moon in only a day or two or, in some cases, up to four weeks. But this is the year you don't want to cleanse.

This is the year you want to kick the detox/cleanse habit, to recognize that many of these plans are concocted by the diet industry to promote clicks and sell products. It's time to accept that a detox is a medically supervised procedure, not something you do on a whim. And that a cleanse is something your body does daily, naturally, without any help from fashion models and celebrity doctors. Instead of clinging to the false promise and dubious science of detoxes and cleanses, make 2015 the year you adopt eating clean.

I understand the allure of a fast track to looking and feeling fantastic. Clients often ask me if they should try this or that cleanse. But before you even think about trying the latest cleanse or purchasing a detox kit, you need to know the facts.

Underlying all of these diets is the basic idea of temporarily giving up certain foods that contain toxins while consuming fibre, nutrients, antioxidants and herbal extracts that aid in the body's natural detoxification processes.

While "cleanse" and "detox" are used interchangeably in popular media, detoxification is actually a medical term, referring to the controlled and doctor-supervised withdrawal from drugs or alcohol. It's also the natural process by which our bodies eliminate toxic substances we ingest through food or inhale from the environment. How well our body detoxifies depends on genetic and lifestyle factors.

Advocates of detox diets contend that our bodies become overloaded with toxic substances found in food, alcohol, household and personal-care products and the environment – including cigarette smoke, pesticide residues, heavy metals, food chemicals and so on. And that this could eventually lead to weight gain, headaches, fatigue, nausea, even diseases such as arthritis and cancer.

It's true we're exposed to chemicals on a daily basis. There's also compelling evidence that some chemical agents have the potential to disrupt reproductive, developmental and neurological processes. And while research is still in its infancy, it's also known that the body's detoxification process depends on specific nutrients. Flavonoids and B vitamins, for instance, have been shown to assist detoxification in the liver. Green tea, turmeric, pomegranate and brown-rice fibre also show promise for assisting detox pathways in the body.

It seems logical, then, that following one of the many popular detox plans might aid, or speed up, the body's natural detoxification process.

There is simply no evidence that doing a cleanse speeds the removal of toxins. While there are many clinical trials on alcohol and drug detoxification, that's not the case for food and environmental toxins. What's more, medical experts believe the healthy human body is highly efficient at removing or neutralizing toxic substances within hours of consumption. The fact is our liver, gastrointestinal tract, kidneys and lungs are exquisitely designed for that task.

That's not to say a cleanse won't make you feel better.

In general, people report having more energy, clearer skin, improved digestion and increased mental alertness (after the initial headache, hunger, fatigue and irritability). But that's likely the result of dietary modifications – cutting out sugar, processed foods, alcohol and so on – rather than the elimination of toxins.

Whether or not a cleanse is actually safe depends on the plan and how long you're on it.

If continued for a longer time, restrictive diets can cause nutrient deficiencies. And, if you adhere to a strict diet for a prolonged period, you run the risk of losing muscle mass, which slows down your metabolism, making it harder to manage weight.

Still, you might (stubbornly) say, a cleanse is exactly the kick-start some people need. It can help break an unhealthy diet by encouraging you to eat more fruits and vegetables, drink more water, eat less junk food and consume less caffeine and alcohol.

Provided you don't return to your high-calorie, sugar- and salt-laden diet after your three-day "detox," a cleanse may set the stage for longer-term, healthy eating habits. Even so, I'm a proponent of eating clean year-round versus "cleansing" a few times a year. Instead of following a short-term diet plan, resolve to make lasting changes, one at a time, to your eating habits.

Five strategies to help you adopt a clean-eating lifestyle
January 4, 2015 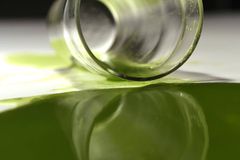 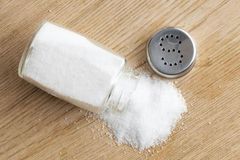 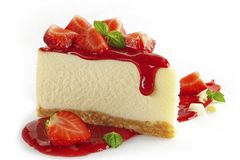