Made with whole grains! 100-per-cent whole wheat! Multigrain! The cereal aisle, bread counter and snack departments are laden with healthy-sounding promises. Are they too good to be true?

Dietitians have been singing the praises of whole grains for decades, but they only began to develop a rock-star status in 2005, when new U.S. dietary guidelines recommended that at least half of daily grain consumption should be whole grains. Canada followed suit in 2007.

Since then, our fixation with grains has reached a fever pitch. Consumption of whole grains rose 20 per cent from 2005 to 2008 in the United States, according to NPD Group, another market research firm.

"I think it's really, really well marketed and it's a huge buzzword," said Cara Rosenbloom, a registered dietitian based in Toronto.

But is the buzz actually translating into products that are healthier and more nutritious? A close look at how grain products are marketed reveals that many are missing the mark.

Whole grains are an important source of fibre, are low in fat and contain vitamins and minerals. Their consumption has been linked to a lower risk of certain types of cancer and other health problems.

They are made up of three parts: The bran, or multilayered outer skin of the kernel; the germ, which contains B vitamins, some protein, minerals and healthy fats; and the endosperm, which contains starchy carbohydrates, proteins and a small amount of nutrients.

From a nutrition perspective, whole grains are far superior to refined grains, such as white flour, in which the germ and bran have been removed, taking with them fibre, vitamins and nutrients.

It's astounding how many products have claims related to grains on their labels. It seems like a great service to consumers: Why pick up a loaf of white bread when there is a dark loaf made with whole wheat next to it? Instead of buying regular nachos, why not pick up the multigrain version or the one with whole grains?

Sounds great, in theory. The problem is, many products claiming they're made with whole grains, whole wheat or multiple grains contain a significant amount of refined flour. And many unhealthy products, such as chips or snack foods, have jumped on the grain bandwagon, creating that sense that because they contain whole grains or multiple grains, they're somehow better for us.

The most egregious example of how consumers are being misled is the use of the term "whole wheat." In Canada, whole wheat is not much better than regular white flour. Under federal rules, up to 5 per cent of the wheat kernel – which translates to about 70 per cent of the germ, where the majority of nutrients, vitamins and healthy fats are found – can be removed and the resulting flour can still be called whole wheat. That means food manufacturers can label bread 100-per-cent whole wheat even if they have removed most of the nutrient-packed germ. (Because polyunsaturated fatty acids are found in the germ, removing it can help increase shelf life, which is why many manufacturers remove part of the kernel.)

While whole-wheat bread is frequently darker in colour than white, often that's because molasses has been added.

Health Canada has been facing pressure for years to change the rule. Despite growing calls for action, the department said it is not a high priority.

"We always have to give priority in the development of our regulations to the most important health and safety issues and this issue is not posing enough of a significant health and safety risk to Canadians at the moment for bringing that [to] the top of our list of potential regulatory amendments," said Lydia Dumais, section head for nutrition labelling and claims at Health Canada.

Canada stands alone in the world with its definition of whole wheat and it's a "regulatory anomaly," according to Cynthia Harriman, director of food and nutrition strategies at the Whole Grains Council, a non-profit consumer advocacy group based in Boston. In the U.S., whole-wheat products are made with the whole grain.

If you buy multigrain products, you may be no better off. The term simply means it's made with more than one grain – and that doesn't mean the grains are whole.

But surely products made with whole grains are good? Think again. Many varieties of breads, crackers, cereal and other products say they are made with whole grains, but it's the amount that counts. Many "whole grain" products contain only small amounts per serving. While that may give them a slight edge over their 100-per-cent refined counterparts, it means you may have to eat a substantial amount to get a proper serving of whole grains.

Many whole-grain products also have other ingredients that aren't exactly healthy. Take Cinnamon Toast Crunch cereal, which has a whole-grain symbol on the package. While the first ingredient is whole-grain wheat, the next two ingredients are sugar and refined flour.

Canadians age 9 and over should consume six servings of grains a day and at least half should be whole. The Whole Grains Council has tried to make it easier for consumers to know how much they're getting from packaged foods, introducing a stamp that says how many whole grains are in each serving. One serving of whole grains is 16 grams.

"People see the term whole grain and they think it's automatically good for them," Ms. Barton said. "You could have a product that's junk food, really ... put whole grain on it and people think it's virtuous, it's a good choice for them."

Don't trust the front of packages. Read ingredient lists to see if whole-grain flour is the first ingredient. Check the nutrition facts to ensure the product has at least a few grams of fibre per serving. But don't stop there. If a product is high in fat, salt, sugar or other unwanted ingredients, it's probably not a great way to get whole grains.

The best bet? Go right to the source. Eat whole, intact grains every day such as brown rice, oats, quinoa and barley.

HOW TO DECIPHER FOOD LABELS

Whole wheat: Under Canadian law, up to 5 per cent of the kernel can be removed for products to qualify as whole wheat. This means 70 per cent of the germ, where the majority of the nutrients in wheat are found, is omitted.

Multigrain: It means more than one type of grain has been used. This could mean two different types of refined, nutrient-depleted grains. Look to see if the word "whole grain" is listed as the first product ingredient.

Whole grain: Canada does not have a standard definition for what "whole grain" means, or how much needs to be included in a product for it to carry a whole-grain label. Products should list whole grains as their first ingredient if they claim to be made with whole grains. But packaged products, such as chips, crackers and bread, could also include refined flour.

Enriched, wheat or refined flour: These are all different ways of saying white flour.

Why you should read nutrition labels between the lines
May 3, 2011 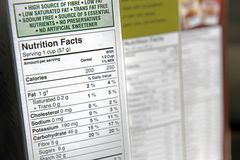 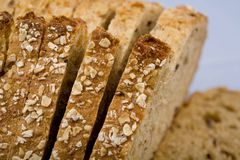 Even teens need to bulk up on fibre
June 5, 2012
Follow Carly Weeks on Twitter @carlyweeks
Report an error Editorial code of conduct
Due to technical reasons, we have temporarily removed commenting from our articles. We hope to have this fixed soon. Thank you for your patience. If you are looking to give feedback on our new site, please send it along to feedback@globeandmail.com. If you want to write a letter to the editor, please forward to letters@globeandmail.com.
Comments