The Association of Ontario Midwives released a new guideline this month that suggests all women with low-risk pregnancies consider the option of a home birth.

The safety of home births has long been a point of contention between midwives, obstetricians and other experts in pregnancy care. In years past, a home birth attended by a midwife was seen as a fringe option, but the regulation and adoption of strict professional standards for midwives in many provinces since the 1990s has helped legitimize their role and allowed more women to see home birth as an option.

The new guideline can help more women who otherwise wouldn't consider a home birth recognize it as a choice, said Liz Darling, chair of the expert advisory panel that produced the guideline.

"We're not trying to say that hospital birth is bad," she said. "Hopefully, [the guideline] will help to dispel some of the myths and maybe help settle the debate a little bit about whether or not home birth is safe."

According to the new guideline, which uses Canadian research, planned home births are just as safe as hospital births for low-risk women. For instance, the guideline notes that planned home births are linked to lower use of painkillers or nitrous oxide, fewer perineal tears, a decrease in Caesarean sections, and a reduced need for assistance and other interventions during vaginal delivery.

Does this safety information mean all low-risk women would be well-served by a home birth? As it turns out, the issue is complicated.

What the research shows

One of the largest studies cited in the guideline was published last year in the Canadian Medical Association Journal. Researchers studied health records for two groups, each consisting of nearly 11,500 women who live in Ontario. One group consisted of low-risk women who planned to give birth at home with a midwife, while the other group contained low-risk women who planned to give birth in a hospital with a midwife.

But that's a misleading interpretation, according to Nicholas Leyland, professor and chair of the department of obstetrics and gynecology at McMaster University's Michael G. DeGroote School of Medicine. What the study actually shows is that, for those who choose it, home birth can be a safe option.

Women who decide to deliver under the care of a midwife at home are not representative of all low-risk pregnant women. They are part of a self-selected group that has opted to give birth at home. They have low-risk pregnancies, which means they have met strict criteria set by midwives and are less likely to need medical interventions than other women. By definition, home births do not include the same options for pain relief or labour interventions as hospital births, so it makes sense the number of interventions seen in home births are smaller.

But labour assistance, painkilling drugs and other interventions performed in hospitals aren't necessarily a bad thing. Just like some low-risk women would prefer to give birth in the privacy of home, others feel more comfortable knowing the full gamut of medical capabilities are nearby.

Dr. Leyland says that some interventions may be overused. But in the heat of the moment, it's a difficult call to make.

Moving beyond home versus hospital debate

Eileen Hutton, lead author of the CMAJ study and involved in the creation of the new guideline, agrees with Dr. Leyland's assessment.

"It doesn't mean that if everyone gave birth at home we would see a decreased rate of Caesarean sections and episiotomies and so forth," said Dr. Hutton, associate professor in McMaster's obstetrics and gynecology department and director of the school's midwifery education program.

There's no point debating which venue has better outcomes because for some women, hospitals are better and for others, the home is the right environment.

But what is needed is a system that enables women to make the choice that's right for them. In many provinces, that's happening more, but improvements are needed. For instance, Dr. Leyland said he'd like to see more midwives working alongside obstetricians in hospitals to improve collaboration and create more seamless care delivery for patients.

So, no, home births aren't superior to hospital births or vice versa. But depending on their health status, pregnant women should be able to confidently choose the option that best suits their needs. 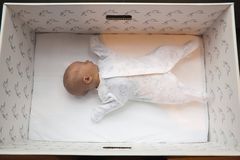 Trying to control kids’ eating at the dinner table is not benign
September 8, 2015 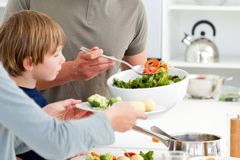 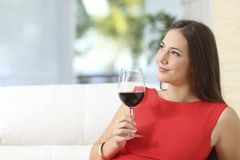