We tend to think of them as emporiums of health, stocked with potions, powders and pills that promote well-being.

But a surprising amount of shelf space in drug stores is actually devoted to items which may not provide the health benefits we think they do, products for which the evidence base is not as sound as consumers might believe.

Some experts suggest anyone looking to save money could think about being more discriminating in the aisles of cough and cold medications, vitamins and supplements and antibacterial soaps.

Studies have suggested at least some of these products don't really make us healthier, help us recover faster or protect us from many of the illnesses caused by germs.

"What many therapies offer really is hope in a bottle. And it's unfortunate because many of them don't offer the benefits that we think they offer," says Muhammad Mamdani, director of St. Michael's Hospital's Applied Health Research Centre in Toronto.

Mamdani says products like multivitamins play into the modern culture of convenience – the notion that good health can be achieved and maintained without effort.

"It's far easier to take a pill and hope for the best than to resort to what we really know works and what we're more traditionally used to, such as exercise, eating healthy and that sort of thing," he says.

"I think people have this natural inclination to take something. That's probably never going to go away," says Juurlink, a former pharmacist who now practises internal medicine and clinical pharmacology at Sunnybrook Health Sciences Centre in Toronto.

"And pharmacies are always going to sell these things because a) they might not appreciate that they don't work, b) it gets people in their store and c) it makes money."

So what are we talking about here? Let's start with vitamins.

It seems intuitive that ingesting added nutrients would promote good health. And millions of people subscribe to that belief. Vitamins and supplements are a huge business, generating sales of US$28-billion in the United States in 2010, Mamdani notes. The Canadian Health Food Association estimates the natural health products industry contributes $3-billion a year to the Canadian economy.

That organization suggests a large number of Canadians suffer from nutritional deficiencies, pointing to a 2012 Health Canada report on whether Canadians meet their nutritional needs through food alone to back the statement.

The Health Canada study actually says that the majority of Canadians consume adequate amounts of most micronutrients for which an estimated average requirement has been set, though it does note the diets of significant portions of the population are deficient in magnesium, calcium, vitamin A and vitamin D.

Still, multiple studies have come up with mixed or negative results when they put oral nutritional supplements to rigorous tests. In fact last month an editorial in the Annals of Internal Medicine urged people to stop buying multivitamins after the journal published three studies which said the pills don't stave off memory loss, improve heart health or help people live longer.

"The message is simple: Most supplements do not prevent chronic disease or death, their use is not justified, and they should be avoided. This message is especially true for the general population with no clear evidence of micronutrient deficiencies, who represent most supplement users in the United States and in other countries," the editorial states.

The Canadian Health Food Association counters the findings, saying other studies support the effectiveness of multivitamins. "It is difficult to conduct direct comparisons between individual 'positive' or 'negative' study findings due to differing methodologies, and overall more high-quality research is needed to further explore the benefits of multivitamins," the association said in an emailed statement.

The vice-president for scientific and technical affairs for supplement maker Jamieson Laboratories also challenges the recent findings, saying studies that set out to see if multivitamins prolong life or prevent heart disease are asking the wrong questions.

John Doherty says scientific studies need an "endpoint" – something to measure a therapy against. In the most recent studies, that meant asking if people who took multivitamins lived longer, had less heart disease or fewer cancers. (The authors said those endpoints were chosen because if multivitamins made people healthier, there should be an impact on the two main causes of death.)

"We're not claiming the products will ... prevent death or prevent cancer or prevent cardiovascular disease. But they will improve your quality of life," Doherty says of multivitamins.

In augmenting nutrition, multivitamins make people feel better, he says, but he notes that capturing that effect in a clinical study is hard to do. "The problem is those kinds of studies aren't really conducive to clinical trials. How do you measure that?"

Dr. Gordon Guyatt, a pioneer in the field of evidence-based medicine, says research into antioxidant nutrients – once thought to cut one's risk of cancer and heart disease – has also led to disappointment.

He suggests this is a case of what's known as the "healthy user" effect in action. People who take antioxidants are typically folks who work to maintain good health.

Even vitamin D hasn't lived up to the fevered hopes that surrounded it just a few years ago. Vitamin D deficiency was suspected as contributing to the development of some cancers, multiple sclerosis and other ailments, and researchers hurried to study if supplementing vitamin D stores could protect against those diseases.

Late last week the journal Lancet Diabetes and Endocrinology published a review of more than 40 randomized controlled trials which suggested vitamin D supplements don't prevent heart attack, stroke, cancer, or bone fractures to a significant degree and probably provide little if any benefit. The study concludes that vitamin D deficiency probably isn't the cause of disease, but a consequence of it.

Repeated studies have also called into question the merits of many over-the-counter cough medicines. A 2012 review of cough remedies by the influential Cochrane Collaboration concluded there is no evidence for or against the efficacy of the popular products. (The Cochrane Collaboration is an organization which publishes studies that draw together all available high quality research findings on particular topics to create a picture of the state of the science.)

Dr. Susan Smith of Ireland's Health Research Board Centre for Primary Care Research was the lead author of that 2012 review. In an email exchange, she explains what "no evidence for or against" means.

"The lack of evidence does not mean we can say for sure that they don't work. However, this Cochrane review had 26 randomized controlled trials that covered a variety of products in children and adults and if these medicines were effective one would expect such an effect to become apparent."

"What I say to my patients is that there is no evidence that buying over-the-counter cough medicines is any better than using honey and lemon or other remedies that you make at home yourself," Smith says.

While some suggest cough syrup may deliver a placebo effect, others warn its use isn't necessarily benign, especially in young children. In the United States, more than 7,000 children a year end up in hospital emergency rooms requiring treatment for inadvertent drug overdoses caused by excess use of cough and cold remedies, Mamdani notes.

Health Canada advises against giving cough and cold medications containing anti-histamines, anti-tussives, decongestants and expectorants to children under the age of six.

Antibacterial soaps are another product about which questions are being raised, at least in terms of their use in normal household settings, says Dr. Susan Poutanen, a microbiologist at Toronto's Mount Sinai Hospital.

Poutanen says there is good evidence that people can reduce their risk of contracting some illnesses by frequent hand washing. But ordinary soap and water does the trick.

"There is no data to suggest that you'll be healthier using these antibacterial soaps compared to using soap and hand washing alone," she says.

A study published in the Annals of Internal Medicine reported on an experiment in which 228 households were randomly assigned to use regular soaps, detergents and cleaners or antibacterial products. People in the households were monitored for illnesses like colds and skin boils. At the end of one year, there was no difference in the rates of illnesses between the two groups, Poutanen says.

In fact, many of the ailments people want to protect themselves against when they use antibacterial soaps – things like colds and the flu – are caused by viruses, which are not vulnerable to antibacterial agents.

Furthermore, there is at least theoretical reason to believe the increasing use of antibacterial soaps and cleaners may contribute to the development of drug resistance among bacteria, Poutanen says.

"Having a product where you don't have clear evidence that it's going to help any more above and beyond regular soap and having a product that may actually cause (resistance) problems down the road ... why use that product?" she asks.

The U.S. Food and Drug Administration may be wondering the same thing. Last month it told makers of antibacterial soaps and body washes that they will need to demonstrate their products are safe for long-term use and are more effective than regular soap. Without that proof the products will need to be reformulated or relabelled to stay on the market, the FDA says.

The statement relates to products used in households, not health-care settings, and does not affect hand sanitizer products or wipes.

The statement says there is currently no evidence antibacterial soaps are more effective at preventing illness plain soap and water, and notes some studies suggest long-term exposure to some of their active ingredients could actually pose health risks, including hormonal effects and bacterial resistance.

The American Cleaning Institute and the Personal Care Products Council issued a joint retort, saying they have provided the FDA with significant data on the safety and efficacy of these products over the past two decades. 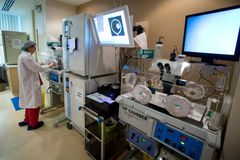