All runners endure beat-up toenails. They're marks of distinction, reminders of races run and kilometres travelled.

One running friend confided that he camouflages his bruised toenails with his wife's skin-coloured nail varnish. I understand, hiding my own black-and-blue digits under red polish. But it's not just vanity: For every runner who goes the distance, toenail injuries are serious business.

While average marathoners can get by with post-run TLC, there's no easy relief for ultra-marathoners who run distances beyond the standard 42.2 km, extreme races that often lead to persistent woes. Runners who don't want to contend with constantly bruised, ingrown and lost toenails sometimes have them removed permanently. An elective form of body modification, it shows how far people are willing to go for the love of a sport.

"I'd blister under my nails and they'd dislodge at the knuckle," says Charlotte Vasarhelyi, 37, a Canadian champion who set the former speed record for Ontario's Bruce Trail End-to-End, an 896-km ultra-marathon, in 2010. "I'd just rip them off mid-race. Bruised nails on my smaller toes didn't bother me, but on the big toes it would cause me to adjust to an irregular gait. I'd end up suffering through my race." Vasarhelyi had both of her big toenails permanently removed in 2007.

Permanent toenail removal is not for the faint-hearted. During the 45-minute procedure, the podiatrist anesthetizes the tip of the toe and applies a tourniquet at the base to limit bleeding. The podiatrist then uses a variety of scary-looking implements to soften the tissue and trim the nail down to the root until it can be pulled from its bed. A swipe of carbolic acid prevents regrowth. Normal activity, even running, can be resumed within days of the removal, although it takes weeks to fully heal. It can take several attempts before the toenail stops growing back completely.

"I've had it done three times," says Earl Blewett, 47, a Canadian ultra-runner living in Oklahoma. "The first time, I made the mistake of looking at my foot while it was happening; I passed out. I made sure I never looked again."

"We try not to have patients watch," echoes Dr. Joseph Stern, a sports medicine podiatrist in Vancouver. "There's a rule: The bigger the guy, the faster he passes out."

Aesthetically, the lack of nail is barely discernible. A hard callus forms in the nail's place. Few runners opt to undergo permanent surgery, though. Stern only performs a couple of procedures a year on runners' feet. Before they take the plunge, he encourages patients to try less drastic solutions, explaining that toenail troubles can often be controlled with proper shoes and foot care: "The right shoe size is key. It's important to cut nails straight across, so they don't grow into the sides of the nail bed. Nails shouldn't be too short or too long."

Catherine Harding, 41, an ultra-runner from Barrie, solved her problem by changing her stride and shoes. "It comes down to shoes," she says. "I went up a size and switched brands. When I was tired, I noticed I would crunch my toes up inside my shoes, causing unnecessary rubbing. Varying terrain allowed me to relax – I stopped clenching my toes."

Hardcore runners swayed by the promise of lasting relief and better performance recommend the surgery, even if it is a bit gruesome. "If you can handle the pain of long-distance running, you can handle toenail removal," says Vasarhelyi. "It's only two or three days of discomfort for toenail problem-free running forever." 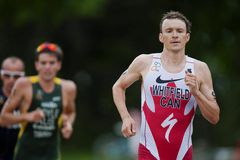 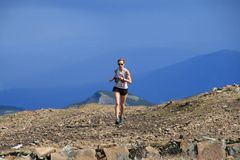