Not on her own – Ms. Nguyen is the owner of Manipedi Spa, a bustling nail spot on Yonge Street north of Summerhill Avenue. On sunny weekends, the spa teems with activity, as Ms. Nguyen and her 11 estheticians spend up to 11 hours a day clipping, filing and polishing.

It's a scene found all over Toronto, where there are 1,152 places to get your nails done – by comparison, the entire state of New York has around 4,100 nail salons. All summer long, a steady stream of women with fancy new sandals settle into massage chairs and dip their digits into warm, bubbly water. At their feet, nail technicians strip old polish with harsh acetone , shape nails into tidy squares or ovals, and paint on fresh colours from deceptively cute pots containing dangerous organic solvents.

"I'm here six days a week, maybe seven," said Ms. Nguyen, who has owned Manipedi for six years. She came to Toronto from Vietnam in 2001, then spent a few years in Vancouver, where she trained as a nail technician. Competition is fierce: Ms. Nguyen's Rosedale regulars tell her she should charge more than the $35 she asks for a full manicure and pedicure, but she feels she can't. "There are three salons on this same corner," she said. "That's why we have to do a really good job."

Many customers are picky about where they get their nails done, citing fears of unclean tools spreading fungus, or worse. But what's less publicized are the risks to the people who work in Toronto's salons: From asthma to rashes to potential damage to the reproductive system , there's a lot more at stake than a set of smudged toenails.

Nail polish is pretty, but it's full of chemicals. In May, the Ministry of Labour and the Ontario Lung Association put out a joint pamphlet on asthma risks for hairstylists and nail technicians, targeting formaldehyde, artificial nails and human nail filings as the biggest causes and triggers of occupational asthma in nail salons. Some of the risk-reduction advice is already at play in various salons around the city. Many of them use spring-loaded bottles for polish remover, which reduce the amount of vapours that escape into the air. But other suggestions seem like a long shot: Tilted, ventilated tables, for example, cost thousands of dollars each.

Artificial nails often contain methacrylate, a chemical that is banned in Canada, but still found in many salons because it's cheaper than its alternatives. It can cause the technician numbness and pain.

It's now trendy for polish brands – including the popular Essie and OPI – to eliminate the "Big Three" chemicals. But for every trend discarded, a new one emerges: Long-lasting shellac and gel coverings are becoming all the rage (online buzz notes that shellac nails require loads of acetone to remove, while gel nails need extra time under UV lights to dry properly).

Ten Spot, Manipedi and Yorkville's Lux Spa all have ventilation built into the ceiling. "There are five estheticians on staff, and you can't smell polish in here," said Cathy Crispo Mancini, owner of Lux Spa, which also has a location on Yonge Street.

"These workers can develop occupational asthma, or worsen asthma they already have," said Susan Tarlo, a respiratory physician at Toronto Western Hospital. She has treated nail technicians and hair stylists, and says the risks are very real.

"If they continue working it could get progressively worse – emergency room visits, hospital admissions. In severe cases, it can be life threatening," said Dr. Tarlo, who also teaches at the University of Toronto.

It's hard to tell how big the problem is in Toronto. Neither the Ministry of Labour nor Statistics Canada has an estimate of the number of salon workers, and the ministry hasn't had one complaint about nail salons in the past year. "That does not mean it may not be a big problem," said Gary Liss, a medical consultant for the Ministry of Labour . "They may be not aware of the relationship of their health problem to work. They may be reluctant to report."

That second reason is especially true for workers whose English isn't great, who might be in the country illegally or who are afraid of losing their jobs.

"Women are concerned about status disclosure and fear of repercussions from their bosses," said Ayesha Adhami of the Immigrant Women's Health Centre, one of the many agencies that tried to help find technicians to interview for this story. "They did not feel comfortable talking." Ms. Adhami and other law and health professionals who work with these women confirmed that many of their clients with jobs at budget salons are Chinese and Vietnamese women. The Lung Association is deciding which Asian languages to translate their English-only pamphlet into to be most effective.

In the United States, various labour and ethnic groups politicize and publicize the risks faced by those who work in the beauty industry – including Forward Together, a California-based reproductive health lobbying group, which has put out clear, well-designed pamphlets warning workers about the chemicals known to affect babies in utero. On the federal government website for the Occupational Safety and Health Administration, respiratory and reproductive risks are written up in English and Spanish and can be found with the search term "nail salons."

Health Canada, on the other hand, requires users to type in "dibutyl phthalate" or other specific chemical names to find anything related to risks faced by beauty industry workers. In Toronto, none of the obstetric or reproductive units at Mount Sinai, Women's College or Sunnybrook hospitals are studying the risks faced by salon workers, and neither is the sexual and reproductive health organization Planned Parenthood .

The last Canadian study seems to have been done eight years ago. Gideon Koren, director of the Hospital for Sick Children's Motherisk program, which counsels pregnant women, oversaw a 2004 research project in which the offspring of 32 pregnant Toronto hair- and nail-salon workers were compared to babies from women who weren't exposed to beauty-industry chemicals. "The babies do not do as well in some cognitive, language and motor functioning," he said.

The differences in intellectual development were consistent, he said. While they weren't drastic, they increased noticeably in tandem with the mother's exposure.

"No one has done any follow-up study since," said Dr. Koren, who says the onus is on the Ministry of Labour to educate mothers about the risks, and to make sure salons are properly ventilated. Between April, 2011, and June, 2012, the labour ministry conducted 150 investigations of Ontario salons (not just nails, but hair too) and issued 300 non-compliance orders regarding the province's Occupational Health and Safety Act. But the ministry has no program in place to educate salon workers about their health risks, or their rights.

How to get rid of your unwanted, half-full nail polish bottles

The only legal way to get rid of half-empty polish bottles is to take them to a City waste depot. It's illegal to throw them in the garbage or recycling or, worst of all, pour them down the drain. The fine for improperly disposing of hazardous waste is $360. Old acrylic nails can just be thrown in the garbage.

DIY types take note: Residents shouldn't be tossing nail polish in the trash either. Take old bottles to a waste depot or a Community Environment Day. If, for some reason, there are litres of old polish to dispose of, residents – but not businesses – can call the City of Toronto for a free Toxic Taxi, which picks up hazardous waste from homes.

How to detox from the chemicals lurking in your home
April 3, 2011 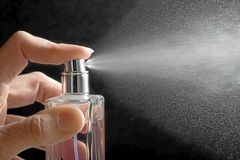 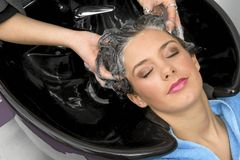