A long-term study unveiled Monday at the Canadian Cardiovascular Congress in Vancouver found that heart-transplant survival rates were 86 per cent after one year.

The study, which looked at results since 1984 at the University of Ottawa Heart Institute, and covered the follow-up on 461 patients, also found that the younger the patient at the time of the transplant, the more successful the outcome.

"Despite being a very involved and complicated program, heart transplant is a very successful form of treatment," said Dr. Marc Ruel, surgical director of the heart transplant program at the institute.

"We had a patient who was still followed at 25 years and four months, so that's the longest survival we've had, but many patients are still alive well beyond 20 years, and hopefully we'll have solutions to keep them alive for a long time," Dr. Ruel said.

The oldest person receiving a heart transplant in the study period was 74, and the youngest was 18.

Transplants can be done after the age of 65 with good results, but doctors have to carefully make their selections in order to avoid patients with other significant illnesses that would compromise lifespan or quality of life, he said.

Modern heart transplantation became available in 1980, and the study found that survival rates have improved by more than 20 per cent in the years since.

"Eight-year survival since the 2000s is close to 90 per cent – 89.3 per cent to be exact. So this really sets a very high standard for other series to be compared upon," Dr. Ruel said.

An international registry of heart transplants finds that survival is expected to be about 67 per cent at seven years, so the results in Ottawa compare favourably.

The first human heart transplant was done by Christiaan Barnard in South Africa in December, 1967. The patient lived for 18 days, and died of pneumonia.

The techniques of heart transplantation haven't changed much since the pioneering days, Dr. Ruel said, but before-and-after care is much improved.

"I think having a heart transplant program in the hospital is one of the most complicated things that a hospital can get into. Despite this the results are excellent, and it almost looks as if it is routine. Well, in fact, it is very, very far from routine because of the dozens of levels of involvement that are required for successful transplantation."

He credits donor hospitals, donor procurement and allocation agencies, recipient hospitals, teams of nurses, physiotherapists and transplant cardiologists who keep patients alive by preventing rejection and infection for many years.

The actual surgery normally takes between four and eight hours, Dr. Ruel noted. A donor heart remains viable for only four to six hours, so Ottawa transplant surgeons could probably use a heart retrieved from as far away as about Edmonton, "but certainly Vancouver would be stretching it because of the flight time and the need for sometimes refuelling, and the time to implant the heart, which takes between 70 and 90 minutes on average."

Heart and Stroke Foundation spokesperson Dr. Beth Abramson said heart transplantation is an excellent treatment for the select few who need it – those with severe, end-stage heart failure.

She urged Canadians to sign their organ donor cards.

It may seem expensive, but critical-illness insurance buys peace of mind
June 6, 2011 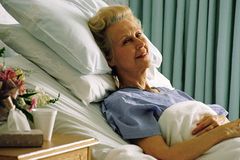 Can paying for a new kidney save organ donation?
March 4, 2011

Doctors shouldn't be so quick to remove cancerous kidney
March 20, 2011 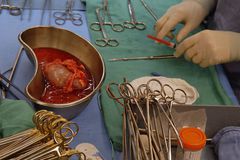 Transplant waiting lists and dialysis costs grow as kidney supply lags behind
January 20, 2011
Follow us on Twitter @globe_health Opens in a new window
Report an error
Due to technical reasons, we have temporarily removed commenting from our articles. We hope to have this fixed soon. Thank you for your patience. If you are looking to give feedback on our new site, please send it along to feedback@globeandmail.com. If you want to write a letter to the editor, please forward to letters@globeandmail.com.
Comments