When he announced the Federal Tobacco Control Strategy in the spring of 2001, Allan Rock, then the health minister, called smoking the single most pressing public-health issue in the country.

A decade later, it remains so. Smoking claims an estimated 37,000 lives a year in Canada. Almost five million Canadians are still regular smokers.

"What's the plan to end this scourge of preventable deaths?" you may ask.

Well, currently there is no plan. The 10-year, $480-million strategy (the FTCS for the cognoscenti) expired on March 31. It has been extended for one year so that Health Canada can conduct a "review," but the future is, at best, uncertain.

The silence of the current Health Minister, Leona Aglukkaq, on this issue is, frankly, puzzling.

The most significant achievement of the Conservative government on the health front has been investing in strategies - a cancer strategy, a mental-health strategy, along with targeted funding for brain research, to name just the high-profile initiatives.

Is the implied message in the current foot-dragging that tobacco control is no longer a priority? Hopefully, the Conservatives are not abandoning this strategy because it was a Liberal initiative. Smoking is a massive public-health problem, not a matter for petty partisanship.

Over the past decade, there has been a lot of progress on tobacco control at the federal, provincial and municipal level (regardless of party affiliations), as well as in private industry:

* Smoking bans in public spaces and workplaces are now the norm, even in hard-core smoking spots such as bingo parlours and prisons.

* Tobacco smuggling is down markedly.

* A number of restrictions have been placed on tobacco advertising and sponsorship, including removing tobacco from display in many retail settings.

* There has been a crackdown on tobacco sales to minors.

* The issue of second-hand smoke is now being taken seriously, leading to initiatives such as banning smoking in cars where children are present.

* All provinces have created legislation that will allow lawsuits to recover damages from the tobacco industry.

* Smoking-cessation measures such as nicotine patches are now funded in some jurisdictions.

* Canada has become a signatory of the Framework Convention on Tobacco Control, a massive international effort.

* Canada has developed one of the most comprehensive tobacco monitoring systems in the world.

Big Tobacco is still winning, which means that public health needs to step up the battle.

Changing a profoundly culturally ingrained habit and getting millions to kick an addiction is no small challenge.

But, by any objective measure, the FTCS is a failure, at least in recent years. But before we abandon it, let's understand why the plan has faltered.

A recent letter to the Health Minister from the Quebec Coalition for Tobacco Control provides some good insight into the problems. Here are some of the problems the group highlights:

* Health Canada is simply not investing adequately in tobacco control. Over the past five years, it has routinely underspent its program budget by $9-million to $15-million annually.

* Investment in mass-media campaigns has dried up; the initial plan was to spend $50-million a year on social marketing, but Health Canada spent $27-million in 2001, falling to $9-million by 2004, then nothing in recent years.

* Smoking rates are highest in aboriginal communities, yet Ottawa inexplicably canceled the first nations and Inuit tobacco control strategy and replaced it with a few small projects.

* Ottawa has spent hundreds of millions on tobacco-crop buyouts, an approach deemed counterproductive as tobacco production has actually increased.

* The federal government has settled lawsuits with tobacco companies for paltry amounts, and no criminal charges have been laid.

* There is a burdensome bureaucracy that makes it difficult for non-profit groups working in tobacco control to get funding. In fact, many anti-tobacco initiatives have ground to a halt because groups have lost their funding - at least temporarily - with the expiry of the strategy.

* The highly praised move to ban flavoured cigarillos is being openly circumvented; companies have simply increased the weight of products so that they are listed as cigars.

In far too many instances, government has announced wonderful initiatives but they are not backed up with on-the-ground implementation and enforcement.

The Federal Tobacco Control Strategy should be more than a series of photo opportunities; it should be a living, breathing program that systematically addresses the many challenges posed by smoking.

In 2001, Allan Rock said this while announcing the strategy: "We all know there's no single, simple answer that's going to cure all this tomorrow. The best evidence, however, shows that the most effective public policy is for governments to join hands with communities in a broad integrated and sustained strategy to change attitudes and influence behaviour."

In 2011, the evidence remains. Only the action is lacking. 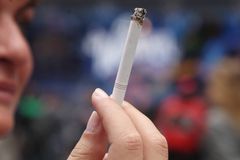 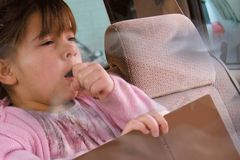