You're going to want to stand up for this. Researchers of sedentary behaviour, a burgeoning field with Canadians at its forefront, are beginning to amass a large body of evidence with one unsettling conclusion: Sitting down is killing us.

For decades, hundreds if not thousands of studies have examined the relationship between our activity levels and our health. Only recently have researchers turned their attention to the consequences of sitting at a desk all day and lying on the couch all evening.

"We're talking extensively and producing public health messages about what we don't do. And we don't talk at all about what we do do: We don't move very much, but we do sit idle," says Dr. Mark Tremblay, director of healthy active living and obesity research at the Children's Hospital of Eastern Ontario Research Institute.

The average person now spends 9.3 hours a day sitting. People who sit for six or more hours per day are 40 per cent more likely to die within 15 years compared to someone who sits less than three hours a day, even if they exercise. Obese people sit 2½ hours more each day than people of normal weight, according to data compiled by Medical Billing and Coding, a U.S.-based organization.

As recently as 2006, there wasn't much data about this – that's when a group of Canadian scientists published a commentary calling for research on sedentary behaviour in the Canadian Journal of Public Health. "Research into sedentary behaviour is at an early stage," they wrote. "We actually know very little about the nature of sedentary behaviour, its dimensions, determinants and relationships to important health outcomes."

This year marked a huge turning point in the field. Research may still be at an early stage, but scientific interest has reached unprecedented levels. In February, the Canadian Society for Exercise Physiology launched its sedentary behaviour guidelines for children and youth, the first systematic evidence-based sedentary behaviour guidelines in the world. The August issue of the American Journal of Preventive Medicine was dedicated to the theme of sedentary behaviour. The Journal of Applied Physiology, followed suit in October, with a theme issue of its own, highlighting the physiology of sedentary behaviour and physical inactivity. And in September, Dr. Tremblay and his team launched the Sedentary Behaviour Research Network, a first of its kind that has so far connected more than 100 researchers from around the world.

"We realized that there's this big growing field of research, but we aren't actually linked by one organization," says Travis Saunders, one of Dr. Tremblay's colleagues who helped establish the network. "So many labs are getting into this area that it's hard to keep track of who's doing what."

Studies of sedentary behaviour suggest that sitting for extended periods of time increase a person's chances of developing a wide range of illnesses and diseases, including several types of cancer, cardiovascular disease, obesity and Type II diabetes.

The most arguably disquieting results of her study? People who jog for half an hour in the morning and then sit at a desk all day may be no better off than those who don't go running, even if they are technically meeting the requirements of Canada's physical activity guidelines, which recommend adults be active for at least 2½ hours a week.

"The big public health message is that people have been thinking they reduce their risk of cancer by doing something like 30 minutes a day of some sort of moderate to vigorous exercise, but that's not in itself necessarily going to be sufficient," Dr. Friedenreich says. "We haven't quite done the research yet to figure out exactly how much you do need to break up your time."

Such a study is currently being conducted by Australian researchers, one of many studies of sedentary behaviour needed to determine just how dangerous inactivity is to our health. For instance, while Canada was the first country in the world to launch sedentary behaviour guidelines for children, no such guidelines exist for adults, Dr. Tremblay says.

"Over the next 25 years you'll see a ballooning of this type of research," he says.

Whatever that research might discover, there is already enough evidence to draw a clear conclusion, says Frank Booth, a professor of biomedical sciences at the University of Missouri. "It's a lifestyle factor that's like a bomb on health."

Sitting not so pretty

Every hour of television watched may shorten a person's life by as much as 22 minutes, according to a study published in the British Journal of Sports Medicine this year.

Levels of enzymes that help break down fat drop by 90 per cent as soon as a person sits down.

A longitudinal study conducted by Australian researchers found each hour of daily television viewing is associated with an 11-per-cent increase in the risk of all-cause mortality regardless of sex, age, waist circumference and physical activity level.

Percentage of Canadians who said busy work days left them with no time to be active on a regular basis, according to a recently survey conducted by the Heart and Stroke Foundation. 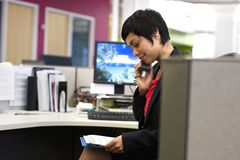 Sedentary workers at risk for sleep apnea
February 6, 2009
Follow Dave McGinn on Twitter @Dave_McGinn
Report an error Editorial code of conduct
Due to technical reasons, we have temporarily removed commenting from our articles. We hope to have this fixed soon. Thank you for your patience. If you are looking to give feedback on our new site, please send it along to feedback@globeandmail.com. If you want to write a letter to the editor, please forward to letters@globeandmail.com.
Comments