On May 26, Angelina Jolie's aunt, Debbie Martin, died of breast cancer at 61. Ms. Jolie's mother, Marcheline Bertrand, died at 56 from a related illness, ovarian cancer. And, two weeks before Ms. Martin died, Ms. Jolie revealed that she had undergone a preventive double mastectomy after testing positive for a BRCA1 gene mutation – which is correlated with a woman's being five times more susceptible to breast cancer and 28 times more susceptible to ovarian cancer.

The test for the BRCA1 mutation is expensive – roughly $3,500. In the United States, health insurers cover the cost only if a first-degree relative – for example, a woman's mother – has had a history of breast or ovarian cancer; other women must pay out of pocket. Given the benefits of preventive care, the test has become highly controversial, because its manufacturer, Myriad Genetics, holds a genetic patent that gives it a monopoly – and huge profits – on all testing.

Ms. Jolie's announcement has thrown a spotlight on that issue. More broadly, she is that rare entertainer/sex symbol who, like Madonna and a few other women, largely dictates her own narrative about the "meaning" of her celebrity. For Ms. Jolie, that means often using her iconic status to advance a positive agenda, whether the issue is Syrian refugees in Jordan or breast-cancer awareness.

Her revelation of her mastectomy – and the evident support of her partner, Brad Pitt – has elicited a rapturous response from popular media, including the tabloids that once damned her as the "other woman" who broke up Mr. Pitt's previous marriage. There is something about the narrative – a sex symbol sacrificing her fetishized breasts for the sake of her children, with her husband staying by her side – that is deeply reassuring to women in Western culture.

One can be reasonably certain, however, that Ms. Jolie's decision will alter the roles available to her as an actress. As enthusiastically as the global mass media have received her choice, it is nonetheless extremely difficult in the West for a woman to be portrayed as maternal – let alone physically "flawed" or "impaired" – and also as a fantasy sex object.

But the real importance of Ms. Jolie's story is its context: a wave of women, in very different settings around the world, who are insisting on narrating their own meanings for events involving their bodies – events that, like breast cancer, were once shrouded in shame, silence, fear or blame. Ms. Jolie has refused to treat mastectomy as scary or tragic, or as making her "less of a woman" in any way. She is thus modelling a refusal to be a woman victim; by doing so, she is also modelling agency in relation to her own body and its "story."

Ms. Jolie is prominent, but she is hardly alone. Consider the Brazilian women who are coming forward to talk publicly about having been raped on public buses – attacks that echo similar assaults in India and Egypt. Or consider the two young female staffers of New York officials who have publicly pressed their allegations about having been sexually harassed by New York assemblyman Vito J. Lopez.

In all these cases, one can see the once-silenced woman take charge of the obligation and the right to speak to her own situation and recast the public story. It is they, and they alone, who may assign authoritative meaning to their breasts, their bodies and the difficult events related to them.

When I began in recent years to insist that the traditional silence and anonymity assigned to rape victims does not protect them, but only perpetuates a Victorian framework in which rapists attack with impunity and victims are asked to carry the "shame," my argument was met with hostility. But events are proving me right: Nothing changes until everything changes – that is, until a critical mass of "victims" come forward under their own names to reject the shame assigned to them for carrying a scary, "mutilating" disease or for having been assaulted by rapists.

Ms. Jolie puts a famous face on this phenomenon. But many others are already standing up and proclaiming, under their own names and bylines: "I have a right to say publicly what happened to me, and to define it in my own terms; it is not my disgrace."

Naomi Wolf's most recent book is Vagina: A New Biography.

Amy Verner on her life-changing diagnosis: ‘There is no easy way out’
June 2, 2013 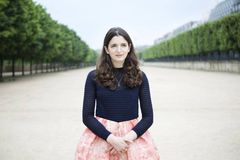 What would Angelina do? British man has prostate removed in preventative surgery
May 20, 2013 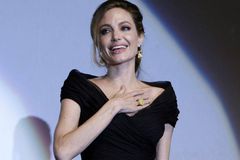 Tell us: Has your view of Angelina Jolie changed?
May 17, 2013
Follow us on Twitter @globe_health Opens in a new window
Report an error
Due to technical reasons, we have temporarily removed commenting from our articles. We hope to have this fixed soon. Thank you for your patience. If you are looking to give feedback on our new site, please send it along to feedback@globeandmail.com. If you want to write a letter to the editor, please forward to letters@globeandmail.com.
Comments