What if you discovered that eating a high-fibre diet could significantly lower your risk of a disease that, if not diagnosed and managed, has serious long-term health consequences? What if it were as simple as eating oatmeal, chia seeds and raspberries for breakfast, a spinach salad for lunch and some chickpeas and an apple tossed in for good measure? Would you do it?

Those are the findings from the largest ever investigation into new-onset Type 2 diabetes, which were published last month. The researchers found that a high-fibre diet can help prevent Type 2 diabetes, a disease that results in 60,000 new diagnoses in Canada every year. They also found that the more fibre you eat, the lower the risk of the condition.

Published last month in Diabetologia, the EPIC-InterAct study, from Cambridge University in Britain, evaluated links between total fibre intake – as well as fibre from cereals, fruit and vegetables – and the likelihood of being diagnosed with Type 2 diabetes. The researchers analyzed data from 12,403 people with newly diagnosed diabetes and 16,835 control individuals living in eight European countries.

After 11 years of follow-up, individuals with the highest fibre intake (more than 26 grams per day) had an 18-per-cent lower risk of developing Type 2 diabetes compared with those whose diets contained the least (less than 19 grams per day), even when lifestyle factors such as physical activity, smoking, alcohol use and calorie intake were accounted for.

Cereal fibre from whole-grain foods such as breads, rice, pasta and breakfast cereals was found to be most protective, with fibre from vegetables coming in a close second. Fibre from fruit was not linked to a lower risk of diabetes.

Eating 26 grams of fibre a day is very doable (see sidebar). You could try a breakfast consisting of 1 cup of oatmeal, 1 tablespoon of chia seeds and one-half cup of raspberries (total: 13 g fibre) and a lunch of a spinach salad (2 cups) with ¾ cup of chickpeas and an apple (total: 14.5 g fibre).

According to the Canadian Diabetes Association, the prevalence of diabetes is on the rise due to increasing obesity rates, sedentary lifestyles and an aging population. In 2010, an estimated 2.7 million Canadians had diabetes and by 2020 it's anticipated that 4.2 million – almost 11 per cent of the population – will be diagnosed.

The majority of people with diabetes – 90 per cent – have Type 2. (Type 2 diabetes occurs when the pancreas doesn't produce enough insulin, the hormone that removes glucose from the bloodstream, or when the body doesn't properly use the insulin it makes.) When combined with undiagnosed diabetes (almost one million Canadians don't know they have it) and prediabetes, about one in three people will be affected by 2020. Prediabetes – which affects more than 5.7 million Canadians – occurs when blood sugar is higher than normal, but not yet high enough to be considered diabetes. Without weight loss and exercise, prediabetes progresses to Type 2 diabetes in as many as 30 per cent of cases within five years.

The study's findings also suggested the protective effect of fibre on diabetes risk is at least partly explained by body weight. By helping people maintain a healthy weight, it's possible a high-fibre diet lowers the risk of Type 2 diabetes.

For the second part of the study, the researchers combined the EPIC-InterAct Study data with records from 18 other studies from the U.S., Europe, Australia and Asia. The results were similar. The risk of Type 2 diabetes fell by 9 per cent for every 10 grams of total fibre per day and by 25 per cent for every 10 grams or more per day of cereal fibre.

In addition to helping to control body weight, fibre may work in other ways to guard against Type 2 diabetes. Fibre-rich grains deliver nutrients such as magnesium and vitamins B1 (thiamine), C and E, nutrients thought to offer protective effects.

High-fibre meals typically have a low glycemic index, meaning they don't cause large spikes in blood sugar and insulin and, as a result, protect the pancreas from overworking. Eating a diet based on high glycemic foods (e.g., refined grains and sugary foods) triggers the pancreas to release excessive insulin, which can lead to insulin resistance, a precursor for Type 2 diabetes.

National surveys have revealed that many Canadians get only half the recommended amount of fibre needed to reap its benefits. Guidelines advise men ages 19 to 50 to consume 38 grams of fibre each day and women, 25 grams. Men and women over the age of 50 should consume 30 grams and 21 grams, respectively. Children need 19 grams to 31 grams of fibre each day, depending on their age; adolescents, ages 14 to 18, have the same requirements as adults.

While controlling body weight and exercising regularly are key preventive measures, these findings add to growing evidence that a diet high in total and/or cereal fibre plays an important role in the fight against Type 2 diabetes. 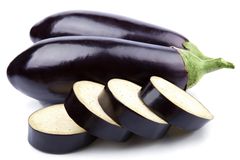