When a healthy-living program came to an Ontario school, a top student, age 14, decided he would ace fitness and nutrition, too.

The boy – we'll call him Tim – signed up for every physical activity available at school, and logged hours a day on the stationary bike at home. After learning to read nutrition labels, he cut back on high-calorie foods, including cheese and meat.

Then one night he stuck his hand into boiling pasta to take out the butter his mother had added to the pot. Seven months after setting a goal at school to get fit, Tim was diagnosed with an eating disorder and weighed 95 pounds.

His preoccupation with food and exercise coincided with the school's healthy-living initiative, which included rewards for packing a healthy lunch, said Leora Pinhas, a psychiatrist at the Hospital for Sick Children in Toronto.

Although Tim had perfectionist tendencies, she said, "I don't think he would have had an eating disorder without this."

Pinhas is the lead author of four case studies of children, including Tim, who developed eating disorders after participating in healthy-living programs in Ontario schools. Children develop eating disorders for a variety of reasons, Pinhas said, noting the difficulty in pinpointing a specific cause. Nevertheless, she said, the pervasive messages about healthy eating in today's schools may be enough to push some children at risk for eating disorders over the edge.

Children are being taught to analyze nutrition labels, track their daily intake of various foods and categorize foods using labels such as "healthy" and "not recommended" – a euphemism for junk food that encourages black-and-white thinking, Pinhas said.

"To me, we're teaching them all the techniques that someone with anorexia uses to lose weight."

Studies of obesity-prevention programs in schools have not identified an increased risk for eating disorders. But Ed Tyson, an eating-disorders specialist in Austin, Tex., said eating- disorders clinics are "flooded" with patients whose unhealthy behaviours were triggered by school-based initiatives.

Obesity experts disagree, arguing that children suffered from eating disorders long before schools began to expand their healthy-living curricula about a decade ago.

Yoni Freedhoff, founder of Ottawa's Bariatric Medical Institute, cited research showing that school-based health initiatives can lower child obesity rates, including a 2010 study published in the New England Journal of Medicine. At the end of a three-year study involving 42 schools, children who participated in an intervention program to reduce the risk of type 2 diabetes had 19-per-cent lower odds of being obese than did children in control schools.

To link eating disorders with healthy-living programs in schools, based on a few case studies, "I think is harmful and backward," Freedhoff said.

The lack of clear evidence about how to promote healthy habits without contributing to negative body image in impressionable kids has left schools treading on dangerous ground.

Ontario's curriculum for Grades 1 to 8 includes teaching children to "set appropriate goals" for their eating patterns, while encouraging "sensitivity regarding weight and shape."

But according to Pinhas, the curriculum is open to interpretation by school officials who may have their own food issues. She mentioned a patient whose granola bar was confiscated by a teacher because it contained chocolate chips. "I've heard numbers of examples where kids in gym class had public weigh-ins," she added.

In British Columbia, lesson plans distributed by Action Schools! BC, a program adopted by the majority of B.C. schools, instruct kids to track aspects of their eating habits. Kids are taught to keep a diary of fruits and vegetables consumed, participate in a class competition based on fruit and vegetable intake, and track the number of sugary beverages they drink.

The activities sound wholesome. But according to Tyson, tracking, even of vegetables, can be "disastrous" for some kids. Competitive students may take the message "veggies are best" too far, he explained. "I've had patients who eat so many carrots, they turn orange."

Any focus on numbers in relation to food "really tickles perfectionism" in children at risk for eating disorders, said Ovidio Bermudez, a spokesperson for the National Eating Disorders Association in the United States. He pointed to research from Toronto General Hospital showing a two-fold increased risk of eating disorders in children with Type 1 diabetes compared to their non-diabetic peers.

"One of the factors involved seems to be diabetes education," he said, noting that children with Type 1 diabetes are taught from a young age to track the number of carbohydrates they consume.

Schools should not teach children to diet or count calories, Freedhoff said. But to omit the role that calories play in nutrition "is like teaching economics and spending without teaching about money – it doesn't work that way," he said.

As long as the focus is on healthy eating and exercise behaviours, and not on body image issues, the risk of eating disorders "is probably quite small," said David Lau, an obesity researcher at the University of Calgary. Ultimately, he said, experts in obesity and eating disorders should work together on a "unified message to promote healthy habits for kids."

In the meantime, children may be getting a mixed message at school: Get fit, track your food – but don't obsess about it.

Facts & Arguments
Have I recovered from my eating disorder? No, but I’m firmly in remission
April 8, 2013 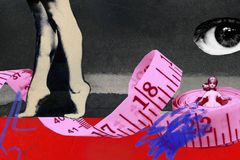 Toronto's board of health pushes for calorie counts on menus
April 29, 2013 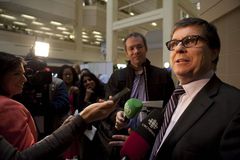