Being whipped around in a giant centrifuge may not seem like a great career move, but for James Hogg, a pathologist and emeritus professor at the University of British Columbia, it was a turning point in more ways than one.

Professor Hogg was a young doctor in the mid 1960s when he spent a year with the RCAF Institute of Aviation Medicine in Toronto – a commitment to the air force for underwriting his medical degree. As part of a study looking at the effects of g-forces on airflow in the lungs, he would sometimes climb into the centrifuge with test subjects and monitor them as they were spun at high speed.

"We would be just on the verge of passing out," Prof. Hogg recalled. "It was a great experience to work on those experiments."

By the time the stint was over Prof. Hogg had changed his mind about becoming a small town doctor and instead resolved to pursue his passion for clinical research.

Now, almost half a century later, Prof. Hogg, has been honoured with a Gairdner Award, the most prestigious biomedical prize in Canada, for his ongoing work on the causes and treatment of lung disease.

Five international prizes worth $100,000 each are awarded each year by the Gairdner Foundation, which has a track record of anticipating future Nobel-winners. A sixth prize recognizes contributions in global health while a seventh, which this is year goes to Prof. Hogg, is reserved for Canadians who show exceptional leadership in medical science.

"He's an inspirational character." said Avrum Spira, chief of computational biomedicine at Boston University, who has collaborated with Prof. Hogg. "He absolutely revolutionized the field of chronic lung disease."

Prof. Hogg's work focuses on chronic obstructive pulmonary disease (COPD) which includes emphysema and chronic bronchitis. The World Health Organization now projects the disease will be the third leading cause of death worldwide by 2030. Like lung cancer it afflicts smokers, but is also linked to air pollution and — increasingly — poorly ventilated indoor cooking fires and stoves in the developing world.

The disease was barely understood when Prof. Hogg and his mentor Peter Macklem at McGill University began to work out its underlying mechanisms in the late 1960s. Following a career track that bridges an entire revolution in molecular biology, his attention has more recently shifted to using cutting edge genetic and computational techniques to identify who is likely to get COPD and to develop ways of halting the damage.

But colleagues say his most important legacy is the number of other scientist he has drawn into the field over the years, and the way he has helped to maintain enthusiasm for work on a disease that defies easy solutions.

COPD is not the only decades-long medical odyssey to be recognized by the Gairdner Awards this year. Three of the international awards are for discoveries relating to the Hepatitis-C virus, which initially came to light as an inexplicably high incidence of liver disease following blood transfusions.

"My focus was to improve the safety of the blood supply," said Harvey Alter, a senior investigator at the National Institutes of Health in Bethesda, Md.

Dr. Alter's work in the 1970s led to the recognition that there had to be another virus apart from Hepatitis A & B that could cause liver disease. A few years later Daniel Bradley at the U.S. Centers for Disease Control and Prevention in Atlanta, Ga., deduced the key characteristics of the Hepatitis-C virus. Finally, Michael Houghton, now a Canada Excellence Research Chair in virology at the University of Alberta in Edmonton, helped to identify the virus itself, thereby setting the stage for current efforts to develop a vaccine for Hepatitis-C.

All three were named as Gairdner winners but Dr. Houghton unexpectedly declined the prize because two of his collaborators were not similarly recognized.

"I am honoured to have been a recipient", Dr. Houghton said. "However, I felt that it would be unfair of me to accept without the inclusion of two colleagues."

The question of apportioning credit when discoveries are made by groups of researchers remains a hotly debated one for many scientific prizes, up to and including the Nobels.

Foundation president John Dirks said the rules governing the awards are clear and have served the Gairdners well. "I have full confidence in our adjudication process," he said.

Other international awards winners this year include Stephen Elledge of Harvard Medical School in Boston for work on DNA repair and Sir Gregory Winter of the University of Cambridge for engineering humanized monoclonal antibodies, the process behind a number of major drugs such as Avastin.

The winner of the global health prize is King Holmes, an expert in sexually transmitted diseases including HIV at the University of Washington in Seattle.

Opinion
Funding science that will change the world
February 27, 2013 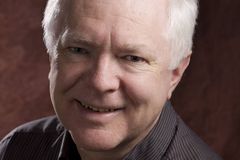 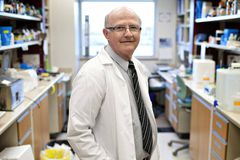 Opinion
We need to celebrate our scientific achievements
November 7, 2011 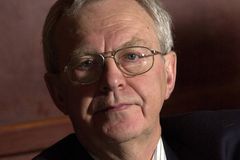 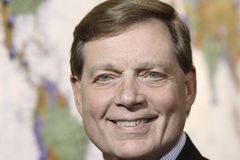 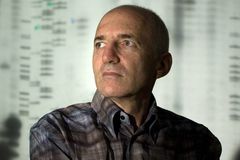