A team of Montreal researchers has lent scientific credibility to the view that smoking marijuana can ease chronic neuropathic pain and help patients sleep better.

People suffering from neuropathic pain often turn to opioids, antidepressants and local anesthetics, but those treatments have limitations and the side effects can be punishing. Many physicians and policy-makers, however, are reluctant to advocate the use of cannabis since there has been little scientific research into its effectiveness, even though patients champion its use.

The study, published Monday in the Canadian Medical Association Journal, found that pain intensity among patients decreased with higher-potency marijuana. It is one of a handful of scientific attempts to determine the medicinal benefits of the drug.

"We're not saying that this is the final solution for chronic pain management. As with any pain strategy, especially with chronic pain, we know that the best approach is a multidisciplinary one," said lead author Mark Ware, director of clinical research at the Alan Edwards Pain Management Unit of the McGill University Health Centre. "All that this does is open the door to the cannabinoid being another tool in the toolbox in treating chronic pain."

Twenty-one adults with post-traumatic or post-surgical chronic pain took part in the study and were randomly assigned to receive marijuana at three different potencies: with a tetrahydrocannabinol (THC) content of 2.5 per cent, 6 per cent and 9.4 per cent, and a placebo. THC is the active ingredient in the cannabis plant. Participants inhaled a single 25-milligram dose through a pipe three times daily for the first five days in each cycle, followed by a nine-day period without marijuana. They continued this over two months, rotating through all four strengths of THC.

The researchers measured pain intensity using a standard scale, with study subjects reporting the highest-strength drug was the most effective at reducing the pain and allowing them to sleep.

The study does not address questions about the long-term efficacy of using the drug to treat chronic pain, the researchers acknowledge. Also, there were some adverse effects among participants, including dizziness, numbness and a burning sensation in areas of neuropathic pain.

Dr. Ware said further research will build upon this study.

"As a cannabis user, it can be really hard to get people to take you seriously," said Amy Brown, 28, a Toronto woman who was not a subject in the study but uses marijuana to relieve chronic pain and swelling in her wrist, which was injured in a car crash five years ago.

"To me, this study is vindication."

For her, cannabis has been more effective than chemical painkillers, which had unpleasant side effects. "I wasn't me any more, I was a drone, I was robot-like," she said. "[When I started cannabis] I made a complete 180. I know what's going on now. I have a clear head."

The federal government has given authorization to almost 5,000 people to possess dried marijuana, and 3,500 people hold personal use production licences, according to Health Canada. A doctor's authorization is required before a licence is issued. Several court judgments forced Health Canada to get into the marijuana business a few years back, so that patients would not have to rely on the black market for their supplies.

But despite Health Canada's regulations, Dr. Ware said many in the medical community are not open to the use of marijuana to relieve pain.

Henry McQuay, a professor at Balliol College at the University of Oxford, said the study adds to three previous investigations of smoked cannabis in coping with neuropathic pain, two of which involved patients with HIV. He noted, however, that the participant size of the study was small, the trial was short and it remains to be seen if marijuana can yield greater analgesia with fewer adverse effects than conventional drugs.

"The current trial adds to the trickle of evidence that cannabis may help some of the patients who are struggling at present," Prof. McQuay wrote in an accompanying commentary.

Coffee-shop cannabis may be off limits for Amsterdam tourists
November 29, 2010 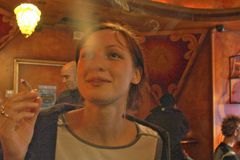 Opinion
The rising trend against the war on drugs
August 27, 2010 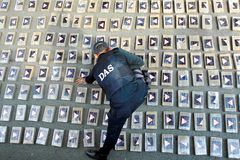 Complaint sparks police raid on marijuana compassion club
August 4, 2010
Ottawa faces more legal challenges over pot rules
July 16, 2010
Follow Caroline Alphonso on Twitter @calphonso
Report an error Editorial code of conduct
Due to technical reasons, we have temporarily removed commenting from our articles. We hope to have this fixed soon. Thank you for your patience. If you are looking to give feedback on our new site, please send it along to feedback@globeandmail.com. If you want to write a letter to the editor, please forward to letters@globeandmail.com.
Comments