Multiple sclerosis patients who regularly smoke pot to relieve pain and spastic muscles could be putting their brain function in peril, say researchers, who found that marijuana can further reduce cognitive abilities often already impaired by the disease.

In a study in this week's issue of the journal Neurology, researchers found that MS patients who had engaged in long-term pot-smoking were twice as likely as non-weed users to have diminished cognitive abilities overall.

"Given that about 40 to 60 per cent of MS patients have problems with cognitive function to begin with, any drug that may add to this burden is cause for concern."

The study involved two groups of MS patients - 25 cannabis users and 25 non-users - aged 18 to 65. The average duration of marijuana use was 26 years, with 72 per cent reporting they smoked it daily, 24 per cent saying they indulged in weekly use and one person reporting bi-weekly use.

Both groups underwent various cognitive skills testing, including neuropsychological exams and interviews, and psychiatric assessments for anxiety and depression.

Long-term pot smokers performed significantly more poorly than non-users on cognitive-functioning tests, although there were no differences in psychiatric diagnoses for depression and anxiety.

"Cognitive impairment is not some kind of abstract phenomenon," Dr. Feinstein said in an interview. "There are good data to show that it impairs a person's ability to work effectively, it negatively affects relationships and day-to-day functioning.

"So individuals who have cognitive impairment pay a price for that impairment, and there's a risk that if you use cannabis, you're more likely to become impaired or to show greater impairments and thus in the process struggle more at work or struggle in your day-to-day functioning," he said.

"So that's the downside of this - you use cannabis potentially at your peril."

Dr. Feinstein said it's not known how marijuana affects the brain, but scientists hypothesize that the mood-mellowing drug impairs cerebral function in selective ways, retarding patients' ability to think quickly and accurately, and to problem-solve.

The researchers looked only at patients who smoked marijuana - and one who ingested it as part of food - not those who took prescription cannabis-derivative medications, which are missing the key psychoactive component contained in the street drug.

"And it's possible that this is one factor that's contributing to the greatly impaired cognition in the cannabis smokers," said Dr. Feinstein, who will be imaging the brains of pot-smokers and non-smokers using a technique called functional MRI to see what differences there may be.

Many of the estimated 55,000 to 75,000 Canadians with multiple sclerosis suffer pain, spastic muscles, fatigue and a myriad of other debilitating symptoms that come with the neurodegenerative disease, he said.

"They'll look at a variety of medications to try to control these, and some of them will go to natural-like products such as marijuana to try to relieve some of those symptoms," Dr. Traboulsee said. .

"I think what this study shows us is that that does come with a cost."

Karen Lee, assistant vice-president of research at the MS Society of Canada, advises patients to speak to their doctors about the use of cannabis, which can be obtained legally through Health Canada's Medical Marijuana Access Program, as well as other medications that don't carry its potential adverse effects.

"Like any other treatment option out there, we are always curious to know and further learn about the treatment options and potential side-effects that may occur," said Dr. Lee, whose organization funded the study.

Dr. Feinstein, who also treats MS patients in the clinical side of his practice, believes the advice about whether to use marijuana for symptom relief really depends on the individual's condition.

"If I have patients still working or running families and still active, my message is that this is potentially very harmful to your health from a cognitive point of view," he said. "And I would really caution them against using it. I do not see cannabis as a good drug under those circumstances."

However, the situation may be different for people with MS who are more physically disabled, perhaps even in a nursing home, and suffering a great deal of pain.

"If they're saying to me, 'It's the one thing that helps my pain,' I'm not going to be so dogmatic and make a point that cannabis might be further impairing your cognition."

"So I think you have to bring that element of judgment into the advice that you give." 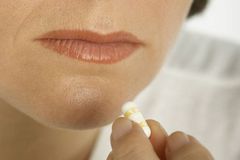 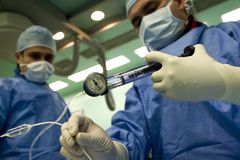 Moderate pot smoking won’t hurt lungs: study
January 11, 2012
Ganja yoga combines marijuana and meditation
September 8, 2010
Follow us on Twitter @globe_health Opens in a new window
Report an error
Due to technical reasons, we have temporarily removed commenting from our articles. We hope to have this fixed soon. Thank you for your patience. If you are looking to give feedback on our new site, please send it along to feedback@globeandmail.com. If you want to write a letter to the editor, please forward to letters@globeandmail.com.
Comments