The office fridge does.

It might look innocent - homey even, especially if it's covered with cheery magnets and goofy cartoons - but as many a traumatized desk jockey can attest, that shiny door can be a portal into a dietary temple of doom.

And those are just the visual horrors. There's no box of baking soda big enough to absorb the malodorous malfeasance in Pandora's icebox.

(In 2009, when an employee at an AT&T call centre in California decided to clean out the office fridge, toxic fumes sent seven people to hospital. The building had to be evacuated and men in hazmat gear were brought in to clean up the mess.)

The typical office fridge is teeming with so many germs that some studies have concluded you'd be better off storing your lunch in the staff washroom.

A recent survey found that 75 per cent of Canadian workers eat lunch at their desks at least three times a week, according to Wellness Matters, Canada Wide Media's quarterly newsletter on health and wellness.

(Desktops, heavily used and rarely sanitized, also rank high on the list of dirtiest office spaces. Your keyboard alone can harbour up to 400 times the bacteria found in a bathroom.)

A study by the American Dietetic Association and Con Agra Foods found that 44 per cent of office refrigerators are cleaned on a monthly basis, while 22 per cent get cleaned just once or twice a year.

But while those fragrant forgotten leftovers and mouldy science projects will activate your gag reflex and make your eyes water, experts say that rotten food isn't the most dangerous fridge demon.

"Food either spoils or you get food poisoning from it; the two don't usually happen at the same time," says Mike LeBlanc, Manitoba's chief public health inspector.

"If food spoils, it's going to smell bad and you're not going to like the taste of it, but it's not going to give you a food-borne disease. But things like E. coli and salmonella, those are tricky because they don't smell bad."

Refrigeration slows down bacteria growth, but even if your ham-and-cheese sandwich is free of pathogens, over time, "spoiler organisms" (usually yeasts and moulds) are going to break it down - and release their spores to contaminate other food items, Mr. LeBlanc explains.

You know what eating that bean salad at the company picnic did to you. Well, gases can build up inside the fridge, too.

"If you see bulging containers or if you open up an apple juice and hear gas escaping, chances are things are breaking down," says Mr. LeBlanc. "When in doubt, throw it out."

Foods most likely to turn the office fridge to funk include casseroles, stews, cold cuts and dairy products - "anything wet with high protein and low acid," says Lori Zdebiak, a registered dietitian and food handler trainer for the City of Winnipeg.

"Listeria is particularly nasty because it grows in refrigerated areas. Those best-before dates are based on potential for contamination and are very important."

If reading this made you swear off eating at the office altogether, Ms. Zdebiak says it's a pretty normal reaction.

"Everyone who takes my food-handling course loses a few pounds." 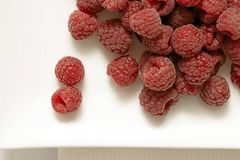 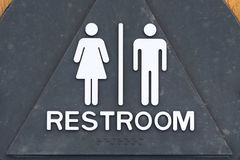