Omega-3 fatty acids belong to the family of polyunsaturated fat. You'll get two of them from fish and seafood - eicosapentaenoic acid (EPA) and docosahexaenoic acid (DHA). Oily fish like salmon, trout, sardines, anchovies, mackerel and herring are the best sources.

The other omega-3 fatty acid, called alpha linolenic acid (ALA), is found in plant-based foods such as flaxseeds, flax oil, walnuts, canola oil and soybeans.

The link between omega-3 fats and diabetes has been unclear. Some studies have revealed protective effects with greater intakes, but others have found no association at all. And some research has even hinted that high omega-3 intakes might increase diabetes risk.

Two new studies, both published online last week in the American Journal of Clinical Nutrition, set out to examine the relation between DHA, EPA and ALA and the risk of type 2 diabetes.

One study, conducted in 3,088 men and women aged 65 and older, found that higher blood levels of omega-3 fatty acids did not increase - but decreased - diabetes risk.

The second study analyzed the omega-3 fat intake of 43,176 Chinese adults, aged 45-74, living in Singapore and found that ALA intake was strongly protective from diabetes. Omega 3 fats from fish, however, neither increased nor decreased risk of the disease.

The three types of omega-3 fatty acids are metabolized differently in the body and, as a result, can have different effects in cells. It's thought that ALA, in particular, helps improve how the body uses insulin, the hormone that clears sugar from the bloodstream.

With age, our cells become less sensitive to the action of insulin, which can lead to a condition called insulin resistance, a potent risk factor for type 2 diabetes. (Insulin resistance is worsened by beingoverweight and by having a sedentary lifestyle.) There are other reasons to increase your omega-3 fat intake. A steady intake of omega-3 fats, in particular DHA and EPA, may help defend against Alzheimer's, asthma, and macular degeneration, an age-related eye disease.

The strongest evidence for omega-3 fats, however, is their ability to cut heart disease risk. It's estimated that eating one or two servings of fish per week can reduce the risk of dying from heart disease by 36 per cent.

Not all fish are created equal, however. Type of fish and cooking method can affect heart risk. According to a study published Tuesday in Circulation, an American Heart Association journal, women who regularly ate baked or broiled fish (five or more servings per week) were 30 per cent less likely to suffer heart failure over 10 years than their peers who rarely ate it. (Heart failure occurs when the heart muscle weakens and cannot pump enough blood fast enough to meet the needs of the body. As a result, fluid accumulates in the lungs, hands, ankles, or other parts of the body.)

Oily fish (salmon, mackerel, bluefish) were associated with greater protection than tuna or white fish (sole, snapper, cod), which are lower in DHA and EPA.

But eating fried fish - even one serving a week - increased heart failure risk. The researchers speculate that frying fish destroys some of its benefits and may increase the trans fat content. A high intake of trans fats is linked with a greater risk of heart disease.

Plant based omega-3s may offer heart benefits too. While the evidence isn't as abundant for ALA as it is for DHA and EPA, a number of studies have linked higher intakes of ALA with protection from death from heart disease.

A guide to omega-3s fats

How to get it: The best food sources include flaxseeds, flax oil, walnuts, and soybeans. Foods fortified with ALA such as milk, soy beverages and eggs generally provide 300 milligrams per serving.

Caution: Men should avoid flax oil capsules until is more known about the link between flax oil and prostate cancer risk. (Early research linked a high concentration of ALA in flax oil to a higher risk of prostate cancer.)

How much? There are no official recommended intakes for DHA and EPA, however experts recommend 500 to 1,000 milligrams of EPA and DHA (combined) each day to guard against heart disease.

How to get it: Oily fish and fish oil supplements are the richest sources of DHA and EPA. Foods fortified with DHA such as milk, yogurt, juice and eggs are other sources. Read labels to know how much DHA is in one serving.

Since omega-3 fats are stored in the body, a daily intake of 500 milligrams DHA plus EPA can be achieved by eating six ounces of salmon each week.

Caution: Fish liver oil capsules are usually not a good source of DHA and EPA. Long term intake of fish liver oil may lead to toxicity due to high amounts of vitamin A.

Coffee may prevent breast cancer among postmenopausal women
May 3, 2018 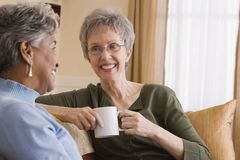 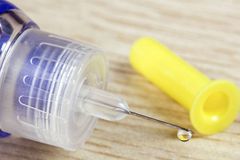