In the past, I haven't been shy about examining my naked body in the mirror – until a recent weeknight, when I stepped out of the shower after a long day at work. I warily looked at the body reflected back at me. Things had changed. I was uncomfortable with what I saw.

My weight gain had been gradual so no one had really said anything, but my arms were definitely more cylindrical, my thighs were doughy and the pouch on my belly a little bigger.

Even standing at 5-foot-10 and 195 pounds, I've never called myself fat – despite body-mass-index calculations that say differently. That's because I've always been fit.

But when people passed me as I breathlessly climbed the 40 or so stairs at my subway exit, I knew that I could no longer cling to the notion that I was fat but fit. I was just fat.

I decided that at 27, I was probably standing on a bit of a fitness precipice: If I didn't change my routine now, my health – along with my smallish waistline – was probably gone for good.

The proof of that assumption is all around me. A 2012 government report on the physical-activity levels of Canadians showed that 51 per cent of women ages 35 to 64 were only moderately active during their downtime. Add to that the fact that 43.6 per cent of women reported to Statistics Canada that they were either overweight or obese in 2012.

The loss of my fitness, though gradual, was a major change. Growing up, I played every sport at school: volleyball, basketball, baseball, swimming, soccer, cross-country skiing. And while my commitment to some of these sports was fleeting, I never gave up my running. It started out as a way for a hyperactive child to drain her energy alongside her dad, and by 13, I was competing at the provincial level and dreaming of becoming an Olympian.

I was still working out four to five times a week by age 23, but the workouts were diminishing the busier I got.

I didn't expect sitting for at least eight hours a day to be so damaging to my body. But a larger derrière should be the least of my concerns. Countless studies have warned that a sedentary lifestyle puts you at a much higher risk of heart disease, heart attacks, diabetes and even cancer.

There is no wiping out the past four years. But my new-found motivation to reboot my fitness is a start. There will be challenges: I have to rebalance my time and I'll need help to do this.

So I signed up for a personal trainer at my local YMCA and started to bike to work nearly every day, even in torrential rain. I also set some goals and was honest about it. More than losing pounds, I want to feel strong again. And I don't want to sacrifice my eating (including a daily dessert to satisfy my sweet tooth) to get there.

My end goal isn't specific. It's not that I want to run a five-minute mile, dead lift 150 pounds, or lose two inches from my waist. All I want is to regain my old self-image (and muscles). I want to feel comfortable naked in front of the mirror again.

Follow Madeleine's journey over the next eight weeks every Monday in The Globe and Mail.

Trying to shed a few pounds? Water may be your new best friend
July 7, 2013 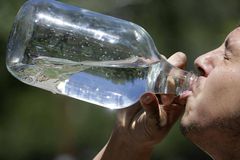 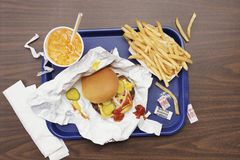 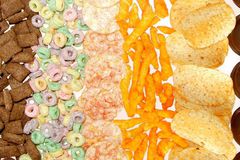 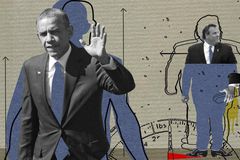