A dismal 12 per cent of Canadian children are getting the recommended levels of daily physical activity, ranging from a low of 7 per cent in New Brunswick to a high of 15 per cent in British Columbia, a new report reveals.

The problem begins with pre-schoolers - only half of whom are active as part of their daily routines - and hits its nadir in the teenage years, when barely 5 per cent of girls are minimally active, according to the annual report card published by Active Healthy Kids Canada.

"We've socialized movement out of the lives of our kids for the convenience of parents and institutions," said Mark Tremblay, the chief scientific officer of AHKC, in an interview.

"When you impose a structure of inactivity you see the results we're seeing," he said.

That includes one in four children aged 2 to 5 who are already overweight or obese, and that number grows as they approach adulthood. Rates of lifestyle-related disease such as Type 2 diabetes and high blood pressure are also occurring more frequently at younger ages.

With 88 per cent of school-aged kids failing to meet the recommended minimum of 90 minutes a day, Canada gets an F for physical activity in the new report card.

While Canada does not have a standard for pre-schoolers, international guidelines suggest they should spend at least two hours a day being active through many sessions of play, games, transportation and other activities.

"It's in a kid's DNA to want to run and move. It helps them grow and learn," said Kelly Murumets, president and CEO of Participaction. "But our society is imposing sedentary behaviours beginning at a very young age."

She said one of the most troubling aspects of modern life is how much time children spend glued to the screens of television, computers and electronic games.

Health groups such as the Canadian Paediatric Society recommend that children younger than 2 not watch any TV. Yet the average age at which kids begin watching TV is now five months.

From ages 2 to 5, a one-hour-a-day limit is recommended, and from age 5 and up no more than two hours daily.

"Over the years we've removed active play from the lives of children and replaced it with electronic play," said Dr. Tremblay, who is also director of the healthy active living and obesity research group at the Children's Hospital of Eastern Ontario.

"It's seductive, it's convenient, it's a cheap babysitter, but it's really bad for their health."

In addition to the failing grades on physical-activity levels and screen time, it gave the federal government an F for its investment policies. According to the report, Ottawa spends half the amount in did in 1986 on promoting physical activity, about 30 cents per capita annually.

The provinces and territories earned the highest grade in the report card, a B+, because nine of the 13 jurisdictions now have a physical-activity strategy.

The report notes that there are large discrepancies between physical education time mandated by government and the actual programs implemented in schools, which earned a grade of C-. Manitoba is the only province with mandatory phys-ed through to the end of high school.

According to the report, fewer than one-third of children either walk or bike to school, so a D grade was given for active transportation.

Families, too, got a D because it is rare for them to undertake activities together and only 27 per cent of parents know what Canada's physical-activity guidelines are.

Active Healthy Kids Canada, a charitable group, has been publishing its annual report card since 2004. 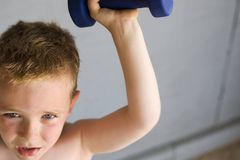