In response to growing pressure from the medical community, Health Minister Leona Aglukkaq announced the decision Thursday to place limits on caffeine in energy drinks and include additional warnings and restrictions on the products.

Energy drinks will now be regulated as food instead of as a natural health product, allowing officials to adopt a wider range of regulations to help ensure they're not misused, the minister said.

A variety of experts, however, say that the new measures will continue to allow companies to sell products with high amounts of caffeine to children and teens.

"The regulations didn't go far enough in many ways," said Noni MacDonald, professor of pediatrics at Dalhousie University and chair of an expert panel convened by Health Canada to study the issue.

But the beverage industry feels that the regulations go too far. Justin Sherwood, president of Refreshments Canada, an industry group representing beverage makers, said the changes represent a double standard, considering beverages such as coffee contain similar amounts of caffeine as energy drinks.

"We continue to be amazed that we are subject to different rules and different requirements [than other products]that contain caffeine," Mr. Sherwood said.

He added that enhanced labels showing the exact amount of caffeine in products will help eliminate consumer confusion and the inaccurate perception that energy drinks contain excessive amounts of caffeine.

The beverages, such as Red Bull or Monster energy drink, typically contain high amounts of caffeine that are often not fully disclosed on product labels. Although they are recommended for adult consumption, energy drinks are popular among children and teens and there are no age restrictions on their purchase. Energy drinks have been linked to serious adverse reactions and even deaths.

The new restrictions ignore many of the recommendations made by the Expert Panel on Caffeinated Drinks, such as limiting the amount of caffeine to 80 milligrams, prohibiting people under 18 from buying them, renaming them "stimulant drug-containing drinks" and requiring them to be sold only under supervision of a pharmacist.

Energy drinks will continue to be available at gas stations, grocery stores, bars and other establishments and there are no age restrictions on who can buy them.

And instead of adopting the 80-milligram cap, Health Canada has decided that energy drinks can contain no more than 400 milligrams of caffeine per litre, or a maximum of 180 milligrams in a single-serve container. That's equivalent to the amount of caffeine in about five 355-millilitre cans of Pepsi. The 180-milligram figure is more than double the recommended daily maximum for caffeine consumption in children age 10 to 12, which is 85 milligrams.

There is no consensus concerning the amount of caffeine that is safe for adolescents age 13 and over, but experts say allowing young people to freely consume beverages that contain up to 180 milligrams per serving could lead to problems.

"To set the caffeine limits so high, where plainly consuming the beverage as intended would cause the child to vastly exceed the recommended maximum, it just doesn't seem responsible," said Bill Jeffery, national co-ordinator of the Ottawa-based Centre for Science in the Public Interest. "I really don't know what they have in mind."

The government is also facing criticism for exempting small energy "shots" from regulation and leaving them as natural health products. Energy shots are small gulp-size beverages frequently sold near the cash register at gas stations and convenience stores.

Dr. MacDonald said she was "terribly disappointed" by the decision to exempt energy shots.

Steve Outhouse, spokesman for Ms. Aglukkaq, said the proposed action on energy drinks, expected to come into force within 18 to 24 months, represents a middle ground.

"There's people who think that we've gone way too far and others think we haven't gone far enough," he said. "It kind of seems to reinforce our message that yeah, we tried to balance it as best we could."

Health Canada is moving to limit the amount of caffeine in energy drinks to 180 milligrams in a single-serve container. How does that compare to other products containing caffeine?

Cola beverage, 355 millilitre can: 36 to 46 milligrams of caffeine

One cup of leaf or bag tea, 237 millilitres: 50 milligrams of caffeine

One brewed cup of coffee, 237 millilitres: 135 milligrams of caffeine 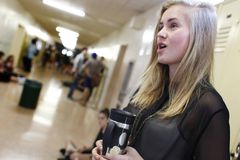 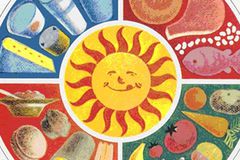