Call it the Lipitor Effect: The coming off patent of the world's biggest-selling drug has sparked unprecedented interest in generic drugs.

Lipitor (the brand name for atorvastatin) is a drug designed to lower LDL cholesterol, the so-called "bad" cholesterol. It had global sales of $12.7-billion (U.S.) last year.

In Canada alone, there were 15.4 million prescriptions for Lipitor, with sales of just over $1.4-billion, according to IMS Health Canada.

That is a big chunk of Big Pharma pie, and a lot of players have a stake in how it will be divvied up - including the brand-name manufacturer Pfizer Canada Inc., generic companies such as Apotex Inc., private and public insurance plans and policy makers, not to mention consumers and taxpayers who ultimately pay for the medication.

Lipitor is just one part of this developing story. There are a number of other blockbuster drugs coming off patent in the near future.

On Wall Street and on Bay Street they call this the "patent cliff" - the blockbuster drugs of the nineties are coming off patent in a big cluster, and that's sending investors to the cliff because of fears of dwindling Big Pharma profits.

The flip side is that there are big profits to be made by generic manufacturers, and big savings to be had by insurance plans.

But back to Lipitor: In recent months, and particularly recent weeks, there has been much jockeying for position.

On July 19, Pfizer officially loses its exclusivity on a key molecule in the drug. The key patent in the United States does not expire for another year, so Canada is being watched closely to see how things play out.

Three generic forms of atorvastatin have already been approved for sale in Canada, from Apotex, Teva Pharmaceutical Industries Ltd. and Watson Pharmaceutical Inc. Because of the size of the market, several more can be expected.

Pfizer, a pharmaceutical giant, is not taking this lying down. It plans to produce its own generic version of Lipitor, a move that will likely become common, blurring the lines between what is a brand-name company and what is a generic company.

(Another factor blurring the line is that generic companies used to be viewed as mom-and-pop operations; now, they are giants. Apotex is now the No. 2 drug company in Canada, with sales of $1.6-billion last year, second only to Pfizer's $2.5-billion.)

Pfizer also tried an interesting tactic in Quebec, issuing some users of Lipitor "continuity cards" - a program in which the drug company offered to reimburse consumers the difference in cost between brand name Lipitor and the generic version.

The program, which was suspended after it became public, is a striking example of the lengths to which companies will go to protect their market share.

Another approach that is gaining traction is combining two medications that are off patent to create a "new" brand name. Such is the case with Caduet, a pill that combines Lipitor (for high cholesterol) and Norvasc (for hypertension). Caduet costs significantly more than the generic drugs atorvastatin and amlodipine besylate (Norvasc).

From a business point of view, these defensive strategies are understandable. The promise of "choice", however illusory, is also a powerful selling point.

But policy makers, and administrators of publicly funded drug plans in particular, owe it to consumers to have equally aggressive and imaginative responses.

If physicians are going to continue prescribing a brand-name drug instead of a generic (as the continuity card program would require), that choice has to be justified.

There is little evidence that brand-name versions of drugs work better than their generic equivalents, no matter what the marketing departments of Big Pharma say.

That's why some provinces have implemented policies such as generic substitution and reference pricing. These policies are designed to ensure that drug plans pay only for the cheapest drug that works.

For these policies to work, it is important to get generics onto provincial formularies promptly.

Prices of generic drugs, like those of brand-name drugs, also need to be regulated. But this needs to be done properly.

Ontario's approach, to decree that generics should be priced at 25 per cent of the cost of the equivalent brand-name drug, is ham-fisted.

While the potential savings have been widely touted, the legislation could, oddly, delay the availability of cheaper generics. That's because the approach fails to take into account that the price of the key molecule in a new drug can vary tremendously. In some cases it can be a mere 5 per cent of the cost of a drug, but in others it can reach 50 per cent. Similarly, some drugs are far more complex and expensive to produce than others.

Prescription drugs are a key component of preventing and treating many illnesses, particularly chronic conditions such as heart disease and COPD that are so costly.

It is essential that effective treatments be not only available, but affordable. For too long, we have obsessed about the former and not nearly enough about the latter.

The expiry of patents on a number of blockbuster drugs gives us a tremendous opportunity to get it right, beginning with Lipitor. 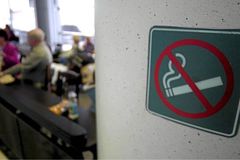