Our bodies rely on a steady intake of B vitamins to support digestion, vision, immunity, nerve function and normal cell growth. These nutrients also help unlock energy in the foods we eat.

New research suggests that their benefits may extend even further. According to a study published Wednesday in the Journal of the American Medical Association, having a higher blood level of certain B vitamins is linked with a substantially lower risk of lung cancer.

Researchers from France investigated the relationship between blood levels of B vitamins, including B2 (riboflavin), B6, folate and B12, and lung cancer risk among 519,978 adults recruited from 10 European countries. They also measured blood levels of methionine, an essential amino acid involved in reactions that detoxify harmful substances in the body.

Increasing blood levels of B6 and methionine were linked with a significantly lower risk of lung cancer. Participants with the highest blood level of vitamin B6 - compared with the lowest - were 66 per cent less likely to develop lung cancer. Those with the highest level of methionine had a 48 per cent lower risk. Similar reductions in risk were observed for never, former and current smokers.

Higher blood levels of folate also appeared to protect from lung cancer. Having higher levels of all three nutrients cut the risk of lung cancer by two-thirds.

B vitamins are essential for keeping DNA, the genetic material of cells, in good repair. Previous research has suggested that a B-vitamin deficiency can increase the chance of DNA damage and gene mutations, events that could potentially lead to cancer, but the main focus of studies has been on colorectal cancer.

One earlier study of Finnish male smokers, published in 2001, was the first to hint of a relationship between B6 and lung cancer. Those with the highest vitamin B6 levels had half the risk of lung cancer compared with men who had the lowest levels.

Today's study findings shouldn't detract from the fact that cigarette smoking remains the main cause of lung cancer. Choosing not to smoke is the most important measure for prevention. But it's also important to recognize that a large proportion of lung cancer occurs in former smokers and some cases also develop in people who have never smoked at all.

Get enough B vitamins

Including good sources of vitamin B6 and folate - as well as methionine - in your daily diet may help lower lung cancer risk by maintaining healthy DNA. Vitamin B6 is found in a variety of foods including chicken, rainbow trout, tuna, salmon, chickpeas, ready-to-eat breakfast cereal, avocadoes, bananas and baked potatoes. Folate-rich foods include lentils, black beans, cooked spinach, broccoli, asparagus, avocadoes and artichokes. The main sources of methionine are animal foods, such as meat and fish, as well as sesame seeds and Brazil nuts.

I advise against taking a separate high dose of B-vitamin supplements. There's some evidence that taking too much folic acid, the supplemental form of folate, could accelerate the growth of precancerous cells or early cancer growths. In healthy cells, folic acid ensures that DNA replicates normally. But cancerous and precancerous cells synthesize new copies of DNA faster than normal cells and use folic acid to multiply. If you supplement, take a multivitamin with no more than 0.4 milligrams of folic acid. (Women who are pregnant or could become pregnant should choose a multivitamin with 0.4 to one milligram of folic acid to reduce the risk of neural tube defects in their developing babies.)

There's ample evidence that a diet high in fruits and vegetables helps prevent lung cancer. These foods are good sources of folate as well as vitamin C and beta carotene, antioxidants that protect lung cells from damage caused by free radicals. Leafy green vegetables such as spinach, Swiss chard, kale and rapini are also excellent sources of vitamin A, a nutrient that maintains the health of cells that line the lungs. Aim for seven to 10 servings a day. One serving is equivalent to one medium sized fruit, ¼ cup of dried fruit, ½ cup of vegetables and one cup of salad greens.

These natural compounds are found in fruits and vegetables, tea and red wine. They're thought to reduce lung cancer risk through their ability to act as antioxidants and rid the body of carcinogens. Two large studies found that men and women who ate the most apples, onions and white grapefruit had a significantly lower risk of lung cancer compared with those who consumed the least. Other flavonoid-rich foods include berries, oranges, red grapes, kale, broccoli, soybeans, dark chocolate and green tea.

There's some evidence that consuming more than two drinks a day increases lung cancer risk, even in people who have never smoked. Alcohol is metabolized to acetaldehyde, a known carcinogen. Alcohol may also damage lung cells, disrupt folate levels in the body, damage DNA and impair the liver's ability to detoxify carcinogens. If you drink, limit your intake to one a day for women and two a day for men. One drink is equivalent to 12 ounces of beer, five ounces of wine and 1.5 ounces of spirits.

Leslie Beck, a Toronto-based dietitian at the Medcan Clinic, is on CTV's Canada AM every Wednesday. www.lesliebeck.com.

CT scans detect lung cancer earlier - but at what cost?
Eating mayo to lower your cholesterol? Not so fast
Foods for lowering cholesterol 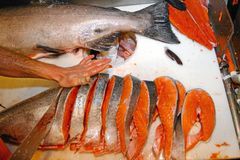 To quench your thirst, plain old water is best 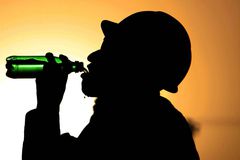 Some carbs worse for your heart than saturated fat
How to lose those last 10 pounds
Follow Leslie Beck on Twitter @lesliebeckrd
Report an error Editorial code of conduct
Due to technical reasons, we have temporarily removed commenting from our articles. We hope to have this fixed soon. Thank you for your patience. If you are looking to give feedback on our new site, please send it along to feedback@globeandmail.com. If you want to write a letter to the editor, please forward to letters@globeandmail.com.
Comments