If you flip through a medical journal these days, you're likely to find disclosure statements tagged on the tail end of research papers in the publication. In these brief notices, researchers say that if they have any potential conflicts of interest - such as industry funding - that could cloud their judgment.

It's all part of a movement toward greater transparency in the medical field. After all, if researchers claim to have their hands on a new "wonder drug," you want to know whether the pharmaceutical company that makes the medication has financed their work.

However, a study published this week in Archives of Internal Medicine suggests this new transparency may not be so revealing after all. In fact, very significant conflicts of interest are still unreported.

Researchers at the Institute on Medicine as a Profession, a think tank based at Columbia University in New York, decided to check the accuracy of some of the disclosure statements.

They first gathered a list of payments made to doctors by five orthopedic-device manufacturers. (The companies had been ordered to post the payments online as part of a settlement with the U.S. Justice Department, which had conducted an inquiry into industry misdeeds.)

The IMAP researchers zeroed in on a relatively small group of 41 orthopedic surgeons who had received a total of $114-million (U.S.) from the companies in 2007. The payments, which ranged in size from $1-million to $8.8-million, primarily represented royalty fees for surgical devices the doctors had invented or helped create.

With this list in hand, the researchers then tracked down the studies or articles published by the doctors in 2008. The search revealed that fewer than half of the papers disclosed the financial links between the surgeons and the manufacturers. And yet many of the papers were related to orthopedic products - such as joint implants - made by the companies.

David Rothman, president of IMAP and the senior investigator involved in the study, says there is something very wrong with the disclosure system if a payment as large as $1-million is not reported as a potential conflict of interest.

The current disclosure process is based on an honour system. There is no indication journals try to verify the researchers' statements.

"We can't be sure if the doctors aren't disclosing or the journals aren't publishing ... but, boy-oh-boy, there is a system breakdown," he remarked.

Dr. Rothman said the public has reason to be concerned. Physicians rely on studies published in medical journals to make decisions that affect the care of their patients. "You want to be sure your doctor is not getting biased information."

But he noted that change is soon coming to this broken system - at least in the United States. Starting in 2013, under the health-care reforms of the Obama administration, pharmaceutical firms and medical-device manufacturers will be required by law to report on a single website all payments to physicians worth more than $10. That means it should be relatively easy to check disclosure statements against actual payments.

"We suspect that if those who are asked to disclose knew there would be spot checks of public data bases, they might be a little bit more scrupulous in the nature of their disclosures," Dr. Rothman said. "People behave better when they are watched."

White noise may be as effective as drugs for ADHD
September 30, 2010 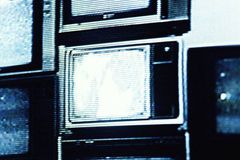